After receiving a unanimous nomination by the Security Council, Antonio Guterres, former Portugese prime minister, is poised to be the next United Nations secretary-general by 2017.

Highly favored by the UN Security to be next UN Chief, Guterres received no “discourage” votes from the Council’s five veto-wielding members, Russia, France, the UK, the US and China on Wednesday’s informal Security Council vote.

Following the announcement, UN diplomats praised Guterres for his accomplishments and his recent nomination in New York.

The General Assembly is set to meet next week to approve the appointment of Mr, Guterres, 67, who would replace Mr Ban, 72, of South Korea.

Guterres selection as the next UN Chief has garnered support and praise from UN diplomats.

Mr Ban told reporters in Rome after a meeting with the Italian president, “His experience as Portuguese prime minister, his wide knowledge of world affairs, and his lively intellect will serve him well in leading the United Nations in a crucial period.”

Other UN diplomats also praised Guterres for his credentials and experience.

Russia’s UN Ambassador Vitaly Churkin said, “He has great United Nations credentials … and being High Commissioner for Refugees means traveling the world and seeing some of the most gruesome conflicts we have to deal with and then of course he is a high-level politician.”

In addition, British ambassador to the UN Matthew Rycroft said, “Antonio Guterres won this race because he was the best candidate in this race.”

Antonio Guterres was born and raised in Portugal’s capital in Lisbon. He was hailed as the best student in the country in 1965 when he graduated from high school. He studied physics and electrical engineering at Instituto Superior Técnico in Lisbon. Gutteres graduated in 1971 and became an assistant professor teaching Systems Theory and Telecommunications Signals.

Guterres’ political career started in 1974 when he joined the Socialist Party and became a full time politician later on.

In addition to his native Portuguese, Guterres speaks English, Spanish, and French. 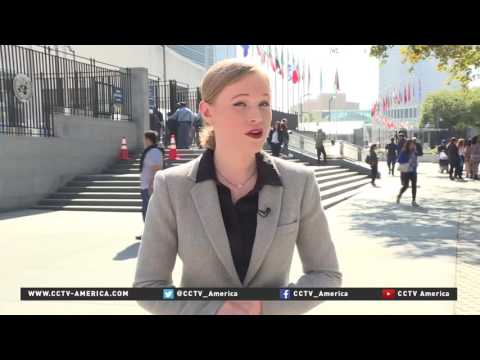