NewsBlaze in the News Pressroom

Newsblaze in the News 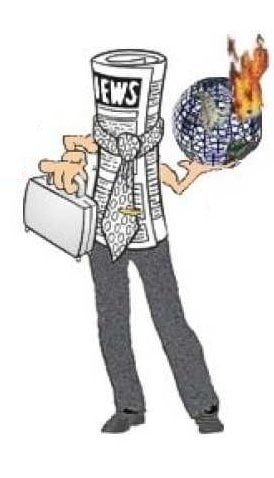 Introduced in February 2005, Newsblaze.com provided Internet news seekers an independent news source. Newsblaze was founded with the goal of giving attention to the news that the mainstream media gives little or no time. This page features NewsBlaze in the news.

International media conglomerates have taken over the news, and massive Internet search engines dictate what is useful and what is not. Now it can be difficult to find credible and unbiased news online. Relevant stories often receive no mainstream press attention because they conflict with the overall agenda of a large corporation.

“We try to show the news as-is, without spin, and Opinions writers are not allowed all-out attacks on their opponents – anger and displeasure can be shown without resorting to that.”

To provide news stories from a wide array of sources, Newsblaze drew stories and press releases from many places. They include the United Nations, NATO, the U.S. Department of Defense, the U.S. Department of State, the Bill and Melinda Gates Foundation, the Iraqi government, environmental groups and other organizations. Military units in Iraq sent bylined stories directly to the NewsBlaze newsroom.

Our aim, then and now, is to get the word out on many things that would otherwise have had little or no coverage.

“For many reasons, the number of journalists on the beat is much smaller with each passing year. There 5 to 7 times more PR agents than journalists. So we aim to make up for that,” says Alan Gray, NewsBlaze CEO.

In the past few years, newspapers and journalism have lost their mojo, as political correctness came in with the conglomerate takeover. NewBlaze aims to cover that shortfall and provides readers with uncensored news. Freedom of speech has never been more important than it is now.

NewsBlaze in the News Australia

For Australian news, see https://newsblaze.com.au where only news related to Australia is covered.

NewsBlaze in the News Stories

NewsBlaze in the News in the now-defunct EworldWire press room:

ABOUT US
NewsBlaze is the alternative business and world news newspaper, with entertainment, music, politics, and the latest breaking news and videos.Visit the NewsBlaze Pressroom to see NewsBlaze in the News
Contact us: [email protected]
FOLLOW US
© Copyright (c) 2004-2022 - NewsBlaze Pty. Ltd.