In a stepped-up operation against rhino poachers ahead of the rainy season, a team of Karbi Anglong police grouped from Rongbongbey and Borpathar police station, led by Additional Superintendent of police Karbi Anglong Bolin Deoury arrested a poacher from the vicinity of village Rongbongbey today at around 10:30 AM.

According to information received from various sources, the arrested person has been identified by police as Bon Tisso, 28, and is closely linked with Karbi Peoples Liberation Tiger (KPLT), a dreaded Karbi militant outfit responsible for killing atleast thirty one horned rhinoceros last year. 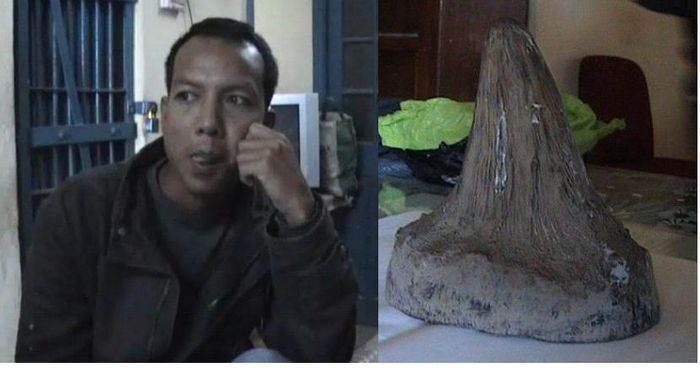 According to police, the outfit sells the horn of the rhinos to China and Middle East countries through brokers at huge prices and procure armament for waging war against the nation.

Bon Tisso was clutched by the alit commandos of the raiding force before he could put-up any resistance from a hide out. Police later recovered the arm, ammunition and hunting gear kept concealed by Bon Tisso for poaching of Rhino.

One Lee Enfield rifle of 303 calibre, 150 short magazine fed bolt action rifle, one attached silencer and a mobile hand set was seized from Tisso. The British rifle is mainly used for its accuracy and power to penetrate through thick hide of rhinoceros by the poachers.