Ten Azad University students in northern Tehran were killed in a bus accident last week. The bus was carrying 30 students along a mountainous road inside the university’s science and research campus. The bus veered off the road and hit a concrete column.

To suppress the 5000 protestors, Iranian authorities deployed scores of policemen to disperse those demonstrating in downtown Tehran.

According to an NCRI report, thousands of students rallied for the cause on Saturday, Dec 29, 2018. Increasing theft and plundering of the Iranian people’s assets by the leaders of the mullahs’ regime have made Iran one of the most vulnerable countries in the world. Over the past few years, there have been many incidents such as traffic accidents, fires, and earthquakes.

Ali Akbar Velayati is the head of the board of trustees of Azad University. According to Iran News Wire, Velayati, a former Minister of Foreign Affairs and MP, currently holds 37 official simultaneous posts. Those posts include 23 educational/medical positions, nine political positions and 6 cultural positions. Velayati is known to be close to Iran’s Supreme Leader, Ali Khamenei, and is his chief foreign policy advisor. 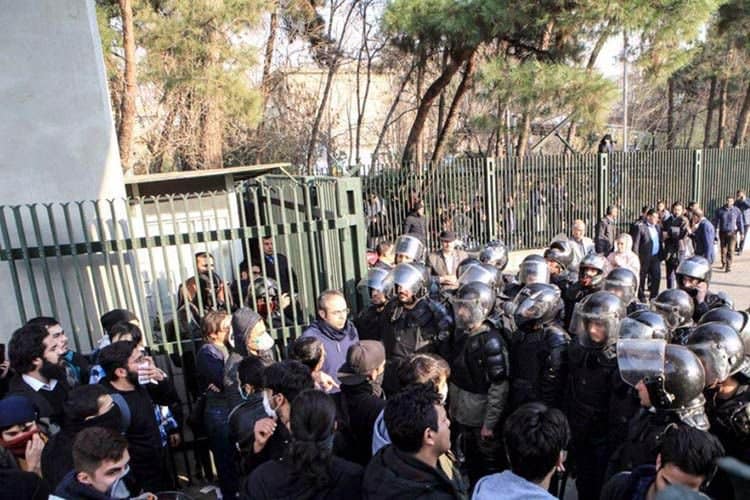 On Monday, December 31, 2018, students at Tehran University and other academic institutions staged a demonstration at Enghelab Square and in front of Tehran University. They were protesting the deaths of students in the deadly bus accident a few days earlier.

The administration’s anti-riot units and plainclothes agents had been stationed there to prevent the spread of the protest by suppressing the students.

The students were chanting, “Have no fear, we’re all together,” “neither threats nor prison, can deter us,” and “death to the dictator.”

While in front of the university administration office, the students chanted: “You, shameless killer, come out!”

Plainclothes agents charged at the demonstrators and fired teargas canisters to disperse the crowd. Protestors responded by chanting “you scoundrels.” The protesters called for the dismissal of Azad University’s Chairman of the Board of Trustees, Ali Akbar Velayti. 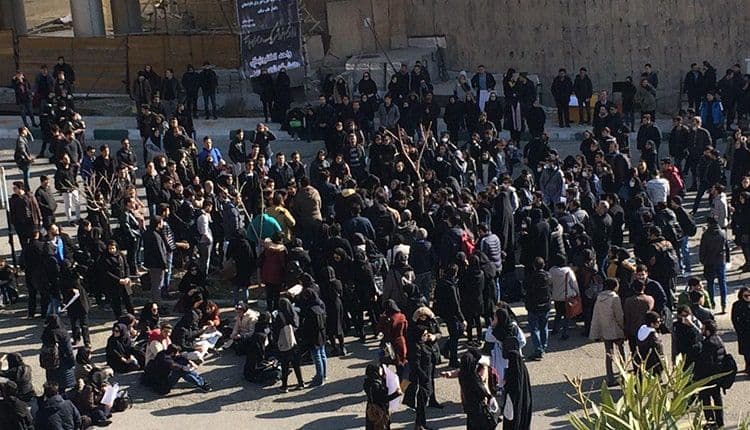 At the same time, Azad University students continued their protests for the third day running. They blocked the University’s main road despite the fact that intelligence agents, the so-called university security, had installed fences around the University Square the night before to prevent any gathering from forming. Students stopped a vehicle driven by the regime’s armed agents.

The Iranian Resistance expressed sincere condolences for the demise of the students who lost their lives, wishing a speedy recovery for the injured. They emphasized the fact that the religious fascism ruling Iran is the main party responsible for this tragedy.

Due to plundering the economy and high expenditure on suppression and terrorism, the mullah’s regime causes high casualties in such incidents. 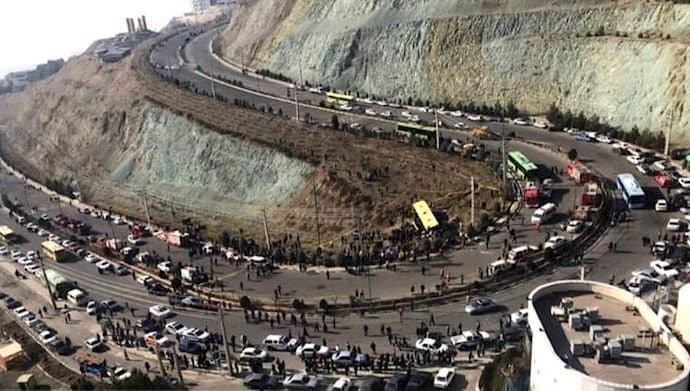