In 1979, after decades of the monarchy in Iran, millions of Iranians took to the streets in a popular movement against a regime that was seen as brutal, corrupt and illegitimate. They toppled the Shah. 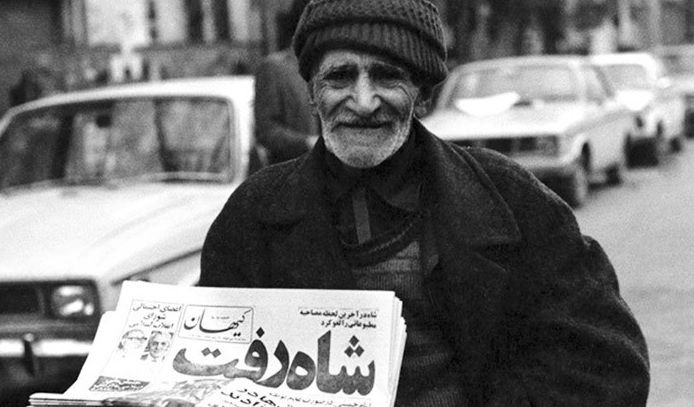 Now people from all walks of life take to the streets to protest the widespread corruption and the clerical regime’s dictatorship. The people of Iran feel that their country is occupied by the clergies.

While the regime celebrates its 40th anniversary, the people are determined to get rid of them so that Iran can finally prosper once again. The people ‘s main slogan in rallies and protests is “We shall never stop until we get our occupied country back .”

Since Dec. 2017 when the widespread protests began, people have been organizing. The number of resistance units grew and expanded rapidly. Their primary aim was to restore social justice, economic justice and democracy in the country. Young activists joined the resistance units to conduct the anger of the people and promote daily protests.

The people have used social media to organize daily protests with hashtag #IranRegimeChange. Resistance units have been instrumental in emboldening the young generation to save them from claws of the mullahs. The young people are speaking out for their rights.

The resistance units disengage the people from the current frustrations over a rapidly deteriorating economy which have been controlling their lives. The people have found their voices in the resistance unit actions. Iranians feel they deserve a better future without torture, repression, and despotism. News from the resistance units is distributed daily through social media injecting hope, happiness, and joy in society. The people in every town and village in Iran feel the need for their resistance unit just as they need shelter, clothing, and fresh air. 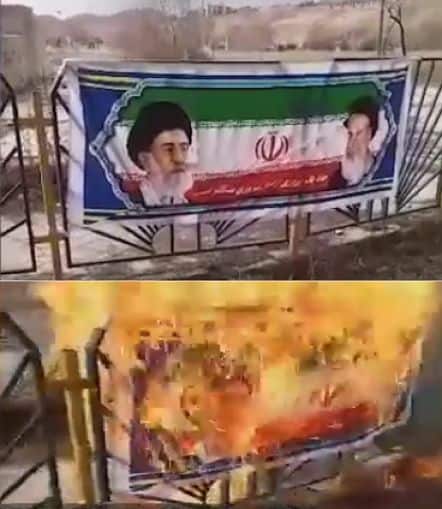 And now more cities are witnessing PMOI/MEK units acting against the regime.

Members of a Resistance Unit in Mashhad, northeast Iran, set fire to the entrance of a building belonging to the Revolutionary Guards (IRGC) Basij paramilitary. 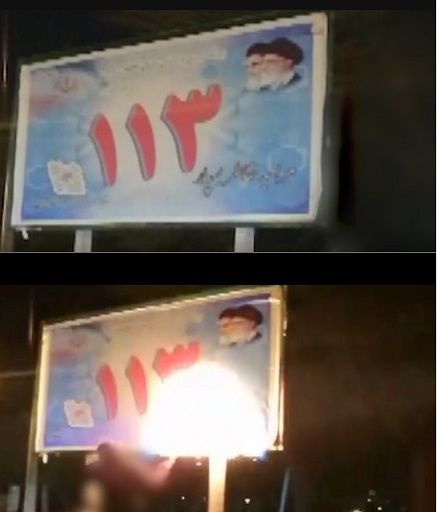 In Miandoab, members of a Resistance Unit set fire to the entrance of a building belonging to the Revolutionary Guards (IRGC) Basij paramilitary.

Members of a Resistance Unit in Gachsaran of Kohgiluyeh and Boyer-Ahmad Province in southern Iran set fire to a Khomeini/Khamenei sign.

The concerns voiced by the supreme leader Khamenei’s elements in regards to the upcoming Warsaw Conference, parallel to escalating anxieties about the PMOI/MEK’s increasing influence inside Iran, are on the rise and not a day passes without regime insiders voicing uncertainties about the future.

“Among the U.S. allies (PMOI/MEK), there is both the motive and necessary will for cooperation in this initiative … Figures such as Rudy Giuliani, the lawyer of U.S. President Donald Trump, and U.S. National Security Advisor John Bolton, who both have special relations with the [PMOI/MEK] have resulted in the U.S. using the [PMOI/MEK]’s capacity in all anti-Iran measures. The [PMOI/MEK] is a part of the U.S. think room focusing on issues regarding Warsaw and they will have a significant delegation attending Warsaw.”

The author of this article adds: “On issues against the state, the (PMOI/MEK) have always been the first to create contexts in Twitter.”

In regards to the concerns of the PMOI/MEK’s current status, Jalil Rahimi Jahan Abadi, a member of the Judiciary and Legal Commission in the Iranian regime’s Majlis (parliament), wrote a piece published on the Majlis website.

The Iranian regime’s deep concerns over the PMOI/MEK’s activities make it crystal clear who the mullahs consider their main adversaries.