Friday Prayers in Iran have a special significance for the regime. They are a gathering point in cities throughout Iran for the government to reinforce its message.

To make it look like a success that all the people of Iran support, government buses take Basij militia, soldiers, IRGC members and their families, government authorities and their supporters to a large area prepared in advance with enough security, to fill out the crowd. These people sit for hours listening to sermons of clergy. These public addresses are usually a repetition of the the views of supreme leader Ali Khamenei.

The Friday prayer is a platform for the regime to set out the supreme leader’s political agenda. It is also designed to send messages to “enemies.” Specifically, those enemies are their political opposition, the resistance units, the US, or the West in general.

During the sermon, the clergy use various tactics to spread propaganda amongst the people. Another aim is to divert the attention of the people from internal problems. They often agitate the captive crowd to chant “Death to America,” “Death to the Mujahidin” (the main opposition), and they accuse everyone but themselves for shortages and incompetence. Quite often, these sermons serve as preparation for a crackdown on protesters around the country. 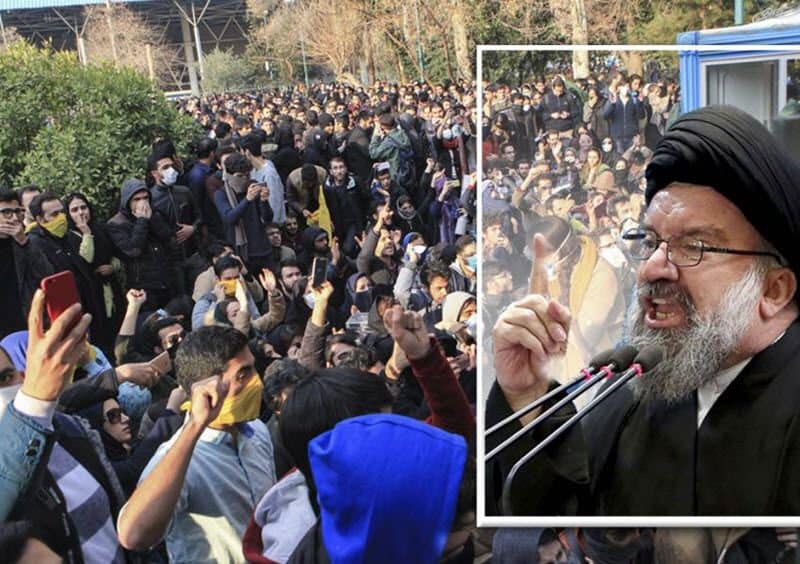 Over the past year, there have been many protests and strikes. As a result, Friday prayer leaders focused on warnings about the role of the organized and democratic Iranian Resistance which undermines the mullahs’ rule.

It is clear to anyone reading the signs, that the anti-regime uprising that swept the nation in 2018 terrified Regime leaders. That uprising continues today, despite the mullahs’ attempts to suppress it.

Friday prayer leaders often talk about “the plans of the enemy” and “uprisings by the disenchanted population.” They say these things pose a direct threat to “the Revolution.” Their references to “the Revolution” actually mean their 1979 hostile takeover.

This week in Golpaygan, Friday prayer leader Mohammad Taghi Keramati talked about an enemy that wants to “destroy the roots of the establishment.” Keremati cautioned officials not to be scared or weaken their resolve.

The regime appears to be more worried about this possibility as the weeks pass.

In Yazd, Iran’s 15th largest city, Mohammad Reza Naseri warned Regime officials to be wary of rumors that “the enemy” will use to cause mistrust in the Regime. This is a very odd comment for a regime supporter to make. The truth that is already known about Regime officials is more than enough for Iranian people to mistrust them.


Other Friday prayer leaders, like Gholamali Naeem Abadi of Hormozgan, on the south eastern coast, gave thanks that the mullahs’ regime had not been overthrown.

It is clear that all of these Friday Prayer leaders are reflecting the regime’s instructions – and their fears. They cannot hide their fear that overthrow of the regime could happen soon.

Abadi said: “As we approach the 40th anniversary of the Revolution, all the enemies who prayed for the destruction of the establishment have themselves been destroyed.”

Clearly, the opposition has not been destroyed, and the people of Iran have been pushed into this position by the regime itself.

The Friday prayer leader in Kangan, Yusef Ghassemi, acknowledged that the Iranian Resistance is working to undermine the Regime’s 40th-anniversary celebrations with protests.

The regime has created the conditions for its own downfall. If the Iranian people supported the Regime, the ongoing protests would not be happening.

In Friday prayers in other places, the Regime’s fear of the Iranian Resistance’s popularity abroad was a popular subject. 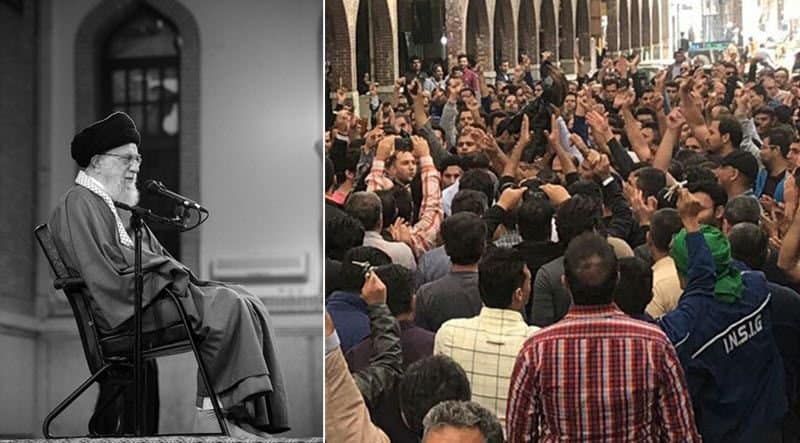 Other Sections of The Regime Worried

Friday prayer leaders are not the only part of the Iranian Regime complaining about their problems. Iran’s foreign ministry recently tried to criticize the EU. The foreign ministry was upset the EU allows the Iranian Resistance to hold gatherings on its soil. This rebuke came immediately after the EU issued sanctions against Iran for the regime’s terrorist plots in Europe.

While the Regime tries to discount the strength of the Iranian Resistance, their fear shows through their words and actions. The regime’s attempts to dismiss and diminish the role of the Resistance proves how powerful it is. 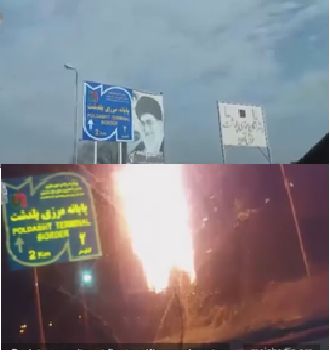 Just a few days ago, on Jan 22, 2019 social media exploded with video clips of activities of Members of resistance Units. These resistance units are a network linked directly to the Iranian opposition People’s Mojahedin Organization of Iran (PMOI/MEK). The videos showed them setting fire to posters of the supreme leader in dozens of cities across the country. There were videos made in Esfahan, Esfarayen, Farouj, Khoramabad, Orumieh, Shadgan and other places.

In Esfahan, members of Resistance Units set fire to a Revolutionary Guards (IRGC) Basij paramilitary forces base. They left a sign at the scene reading, “Hail to National Liberation Army -NLA- Death to Khamenei.”

In East Azerbaijan Province, northwest Iran, members of a Resistance Unit set fire to a Khamenei poster at a border crossing. At the same time, they erected a poster at the scene reminding the mullahs what happened to the Shah. The message on the poster said the mullahs’ prisons will crumble, just as the shah’s did. 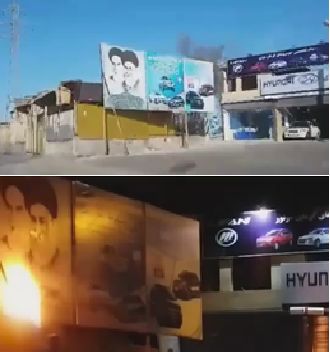 In Tehran, members of the Resistance put up a poster with a chilling message. It said “To Khamenei and all his operatives I say there is no fleeing the people’s wrath. Your regime being overthrown is certain. The criminals ruling Iran should know that Resistance Units cannot be destroyed. You may arrest us. You may jail us. You may sentence us to death and execute us. However, resistance units are willing to sacrifice their all to keep the fire of Iran’s uprising alive until this regime is overthrown. Hail to the heroic people of Iran hail to the PMOI/MEK, Death to Khamenei.”

Observers see a regime scared of resistance units as the opposition helps Iran’s people understand they are not alone. The regime has abused their power, ignoring the welfare of their people, using the government to serve themselves.