Cost of UN and US Ignoring Regional Developments

September 1 marks the anniversary of the Camp Ashraf massacre, (PDF) an incident that displays the extent of Iranian regime’s influence over the Iraqi government. Camp Ashraf, home to the Iranian dissidents came under the attack by the Iraqi army. The Iranian resistance paid the heavy cost of UN and US turning a blind eye to regional developments.

On Sept 1st 2013 Maliki sent the “dirty division” of his army to wipe out 100 Iranian dissidents, members of People’s Mujahedin of Iran (MEK), who remained in Camp Ashraf after an agreement between the United Nations and the Government of Iraq. Pressure from the UN and US State Department previously made the residents of Camp Ashraf vacate the Camp and move to Camp Liberty, a former US Army base near Baghdad Airport. One hundred MEK members remained in Ashraf to sell their property that the Iraqi government did not allow them to take with them.

In the early hours of Sept. 1st 2013, the Iraqi Army attacked the small remaining group of MEK in Camp Ashraf. 52 of them were murdered, execution style, with their hands tied in their backs. They abducted seven others (six women and one man) and took them to an unidentified location. Attackers also used explosives to destroy residents’ property and buildings. The carnage came after a series of attacks since Maliki had become Prime minister in Iraq.

Iraqi Officials Were Complicit In The Murders

Iraqi officials saying they did not know what happened or who the perpetrators were, was of course nonsense. Camp Ashraf was heavily surrounded by Iraqi forces. It was absolutely impossible for unknown assassins to pass through all the check points to enter the camp and massacre 52 people, and then leave, without the knowledge of the Iraqi government.

There is also the problem that they took seven kidnapped refugees out of the camp. 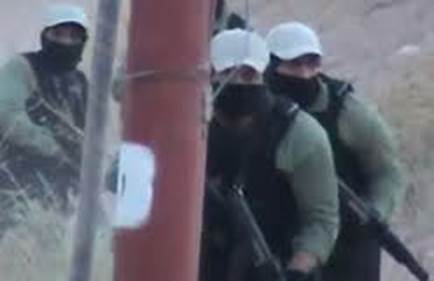 The brutal massacre, of which we are now on its second anniversary, demonstrated the failure of the international community to protect the residents. These were international “protected persons” under the Fourth Geneva Convention.

Two years have passed and not even one person has been caught or put on trial for the savage attack that occurred in Camp Ashraf.

The US government and the United Nations had obligations for the safety and security of Camp Ashraf residents. As American and European dignitaries declared, “We have one way to prevent it and that is to make sure that the September 1st 2013 massacre is thoroughly investigated and the perpetrators are brought to justice.”

Insult to International Law and Justice

This request was never responded to by the authorities in the United Nations or the US government. Leaving it to the Maliki government to investigate and bring to justice the perpetrators of this crime was nothing but an insult to international law and justice.

All residents of Camp Ashraf are now settled in Camp Liberty which is still controlled by the same Iraqi army intelligence officers assigned by Maliki who were involved in September 1st massacre in Ashraf.

The residents, who have no freedom of access to the outside world, have been subject to three terrorist rocket attacks which took the lives of 14 of their friends. The camp management is pursuing a medical and logistic siege on the residents. 26 of the residents died just because they were not allowed to leave the camp to go to hospital for the treatments they needed.

Despite many calls for investigation about the September 1st massacre in Ashraf, no action has been taken and many of those involved in the massacre continue to suppress Iranian dissidents in Camp Liberty.

Now it is time to bring those who committed the crime in Camp Ashraf to justice.

See also, this NewsBlaze report of the medical siege from April 2011:

Also this report by a former UN staffer on the culpability of the United Nations: