For those not familiar with the SPLC , the Southern Poverty Law Center is the premier U.S. non-profit organization monitoring the activities of domestic hate groups and other extremists. Their list including the KKK, the neo Nazi movement, Black Supremacist adherents and others.

Now newly added to their list of hate groups may very well be The Church of Black Syientology. The church has gotten very little mainstream media attention, but none the less, their message of black inferiority continues to spread via Facebook and Twitter.

And through social media word of mouth, the church is becoming one of the most talked-about movements since the black lives matters group. But their message, as you might expect, has brought about much criticism from black leaders particularly upset over the articles released by the church’s founder King Nazir Muhammad.

To name a few we’ll start with the article entitled #Black Lives DONT Matter, which was meant to counteract the work of the black lives movement. 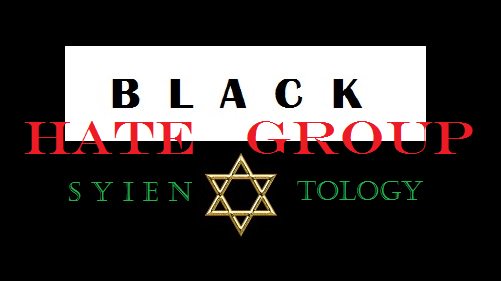 Another would be the article entitled Transsexuals: The New Black Woman? which seems to be mocking the lack of masculinity among today’s black men.

Lastly the article entitled Fall of The Black Woman in America, which gives the theory as to why black women are more successful and respected than black men. Yet it predicts that the black woman’s success will one day come with a price, and as you might imagine, this article has black women furious with the church.

Although there are many other articles that would give one pause, for this story we could not name them all. But we have given you an idea of the controversial message that is rapidly spreading about blacks – coming from other blacks who call themselves elitists.

A story was released a week ago which stated that the church was for “Whites only” and that blacks where not allowed to become members. A move that seems to have put more gasoline on the fire, they claim that “as the nation of Islam teaches blacks white thinking – we teach whites black thinking.”

To label the church a hate group would seem unusual as they are ridiculing their own people, but nevertheless, the black community views them as haters of blacks and therefore see them no different than the KKK. One critic was quoted as saying that “King Nazir Muhammad’s writings are a detriment to the society blacks have fought so hard to establish for themselves.”

It is unknown whether the SPLC will even consider listing the church as a hate group, but while they are making their decision, these so called detrimental comments continue to spread throughout the internet.

Gaining more and more opposition everyday but none the less King Nazir Muhammad is becoming famous it seems at the expense of Black America. – and maybe that is the root of the problem?