The West Valley Resistance, a local resistance group aligned with Indivisible and the ACLU, with members in the City of Los Angeles CD3, has taken the lead in urging the City Council to introduce a resolution for Congress to begin an investigation into the impeachment of President Donald Trump, on grounds including violation of the Emoluments Clauses of the United States Constitution by using the office for personal gain. 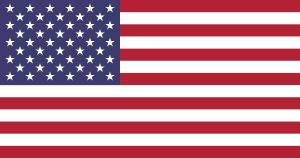 A number of council members already support the resolution, which needs only eight votes to pass.

Local Indivisible Groups in every District are expected to attend a fiery public City Council meeting on the proposed resolution in a show of solidarity against what they perceive as the illegitimacy, corruption, nepotism, inhumanity and recklessness of the Trump agenda. The date of the highly anticipated, historical meeting is to be announced.

Approximately 97% of more than 500 zip codes in the Greater Los Angeles Metropolitan Area have one or more active Indivisible groups within five miles. These grassroots activists are an ad hoc coalition of creative professionals, long-time activists, people of faith, suburban housewives, attorneys, and academics, among more. They include teens, young adults, working adults, and retirees.

Indivisible group activities include book clubs, fundraising for groups including the ACLU and Planned Parenthood, immigration rights training, environmental awareness outreach, and even comedy and an existentialist potluck, among more.