The trans-continental rail network is planned to link capital cities, ports and industrial centres. The aim is to facilitate international trade and tourism. It will be like a modern version of the ancient Silk Road caravans that for centuries fostered trade and commerce from China to Europe.

A Ministerial Conference on Transport will also see the signing of the Trans-Asian Railway Network (TAR) Agreement. It will take place at the UN Economic and Social Commission for Asia and the Pacific in Busan, Republic of Korea. The event runs over six days. from 6-11 November.

This new network comes immediately after the Asian Highway Network that came into force last year, thanks to UNESCAP.

“Through these two Agreements, UNESCAP will usher in a new era of cooperation and partnership for regional integration,” Commission Executive Secretary Kim Hak-Su said in a statement today on the 28-nation network.

By integrating of rail and shipping port congestion can me minimized, UNESCAP experts say. The aim is to greatly improve port efficiency. Port congestion and inefficiency cause major problems in Asia, home to 13 of the world’s top 20 container ports.

“The Agreement lays a framework for coordinated development of internationally important rail routes,” Mr. Kim said. “A working group proposed under the Agreement will be a forum for transport policy makers and railway managers to define a common vision, adopt joint programmes of action and, most importantly, identify investment requirements and sources.”

UNESCAP started the process for this project in 2004, and the Agreement was finalized last November. The TAR members adopted the agreement at the Commission’s annual legislative session in Jakarta, Indonesia in April. 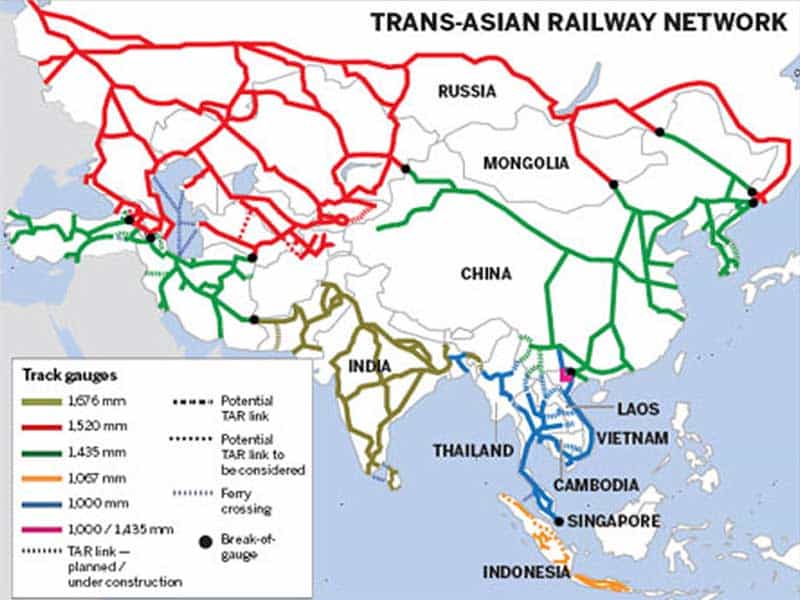