On May 2, the world’s most dreaded terrorist and Al Qaeda chief Osama Bin Laden was killed in ‘Operation Geronimo’ by the US forces in Abbottabad, near Islamabad.

The ultra modern Commando action seems to have sent Laden to his desired destination Jannat (Heaven). Though Laden’s search was on since a decade in Afghanistan and Afpak border areas, it was perceived that owing to his deteriorating health, he might be hiding in a safe and comfortable place, away from the tough terrains of the Hindu Kush.

Pakistan was always in doubt as regards to the presence of Osama. A year ago, there were reports claiming that Laden was treated in a military hospital in Quetta. It was well known that Laden was not well, his kidney was not working and he was surviving on dialysis. Certainly, it is not possible for such ill person to operate terror missions from hideouts in caves and hills. 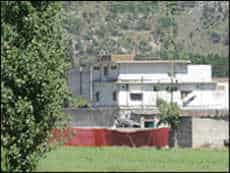 Finally, the CIA got to know about Laden’s current residence. Acting on the information, the US Navy SEAL Commandos struck a big and safe house in Abbottabad, some 60-kms away from the Pakistani Capital Islamabad. This safe haven of Osama was just at a stone throw distance from the Pakistan Military Academy. The presence of Laden in such a sensitive and protected area casts serious doubts on the Pak government, Army and the ISI. Pakistan has no explanation for this “intelligence failure.”

Prime Minister Yousuf Raza Gilani has said that this was “the failure of intelligence in the world, not just in Pakistan but in the United States as well.” How much logic does this statement of the Prime Minister hold? On the other hand, the ISI’s take is that when the house was built five years ago, it was doubted that an Al Qaeda leader named Abu Faraz Al Libi lived there. On this information, the Pak security agencies raided the building. But they found nothing and this building was removed from suspicion list. Now, Pakistan has paid for this ‘lapse.’

While Laden’s killing is being considered as a milestone in the combat against terrorism, his presence in Pakistan and America’s unilateral decision to act without informing Pakistan raises many serious questions. Pakistan now owes to the world the explanation how Osama was staying protected in its soil for such a long time? When faced with the queries of the whereabouts of Osama, Pakistani Premier, Home Minister, Army Chief and ISI officials, all used to claim that he is not in Pakistan. In the guise of this blunt lie, Osama was living safely in a safe military hideaway near the Capital.

However, the end of this enemy of mankind was imminent. The US, without informing its “strategic partner” Pakistan, and by dodging its radar systems, flown in four combat helicopters from a military base in Afghanistan, executed the ‘Operation Geronimo’ in Abbottabad within 40 minutes and took along Osama’s body back to Afghanistan. There a DNA test was conducted on him to ensure that the corpse is of Laden. Then he was ‘buried in the Arabian Sea with Islamic traditions.’ This unilateral action by the US didn’t go down well with Pakistan. Now the Pak government has warned the world and the US that any violation of its sovereignty in future would not be tolerated. Even though this was the first operation by the US near the capital, it is already carrying out regular drone attacks on Af-Pak border areas.

American Attorney General Eric Holder has defended the operation and said “the operation was justified as an act of national self-defence.” According to him, Laden already had an escape plan from this luxury hideout. American sources reveal that sharing the information on this operation with Pakistan could have helped Osama escape, therefore it was kept top secret.

The US was so bent on catching Osama, dead or alive, that it had put on ready its fighter jets across the border in Afghanistan to handle any possible counterattack by the Pak forces. While the Navy SEALs were busy in ‘Operation Geronimo’ in Abbottabad, President Obama, along with the Secretary of State Hillary Clinton, CIA chief and other high-ranking officials, were watching the operation live. This operation was being directed from the White House.

Pakistan is criticized and condemned by the world again and again, for nurturing and protecting terrorists and their ideology. Now the world can no more digest its stand that “Pakistan itself is a victim of terrorism.” Prime Minister Gilani has said that Pakistan alone cannot fight terror and needs “the support of the entire world to combat militants.” In light of this statement, Pakistan should at least put aside its claim of sovereignty and crush the terrorist training camps and hideaways within its borders, with the active support of the US and India.