‘Gajraj Corps’ is continuing with its flood relief operation to provide relief and aid to flood affected people of Assam.

21 specialized flood relief task force of Army with engineer equipments and rescue boats are carrying out flood relief operations in Sootia Sub Division of Sonitpur District. Army helicopters were used in distributing 2.5 tons of food. The Army has rescued more than 6,000 flood-affected victims and evacuated them to relief camps established by the civil administration and NGOs. 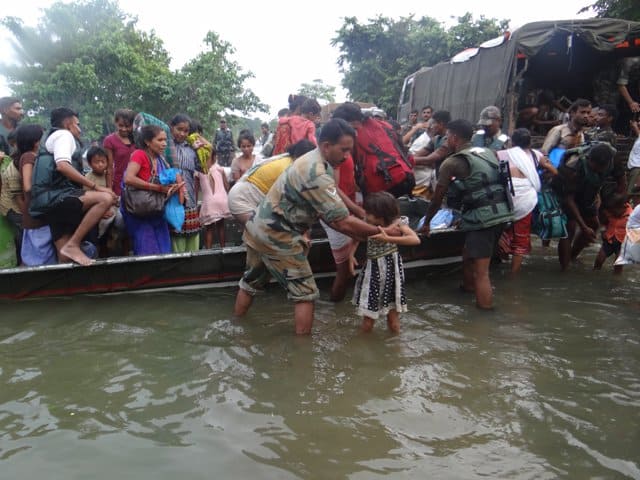 Senior officers of the Army are personally supervising the relief efforts in conjunction with the civil administration. Prior preparation and risk assessment of likely flood prone areas have helped the Army to reach the affected areas on time, carrying out flood relief operations. Based on the experience of recent flood relief operations, the Army has established medical camps in the flood affected. 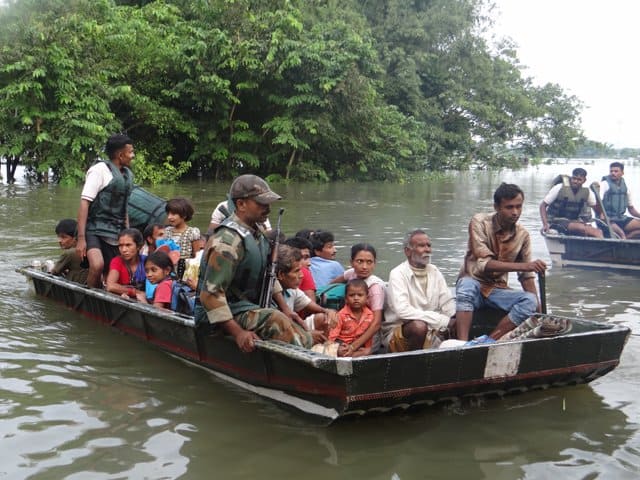