Although this information is only “alleged” and unproven, it seems that this is sufficient to increase pressure on Iran (with sanctions) and gain public support for the option of military action at some time in the future.

According to reports, an Iranian-American named Mansour Arbabsiar was behind the plot and approached a DEA agent asking him to obtain weapons from a Mexican drug cartel.

It seems a little hard to believe that Iran would need to seek the help of some Mexican drug cartel for weapons, or be foolish enough to make that request with a person who just happens to be a DEA agent. It all sounds like the plot to some very predictable Hollywood movie. 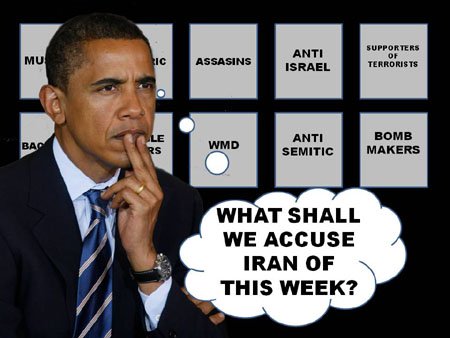 Of course, this is not the first time the US government has tried to implicate Iran in some way, in an attempt to give the world the impression that this country breeds terrorists and should be dealt with in the strongest means possible.

We should not forget that exactly the same tactics (and excuses) were used prior to the invasion of Iraq, plenty of accusations, but no proof.

If we were to believe all that we are told, Iran supports terrorists with weapons and finance, they are building a nuclear weapon, they want to wipe Israel off the map, they are barbaric and much more.

Some of their customs and traditions may be different to those seen in the west, but they haven’t started a war in a very long time. It is perhaps ironic that the main countries objecting to Iran (the US and Israel) have been involved in more wars and conflicts in the last sixty odd years than Iran has seen in its entire history. As for nuclear weapons, Israel is believed to be ranked number 4 in the world, and the US is still the only country to ever use a nuclear weapon in anger. This does not make the US or Israel ideal countries for dictating what others should do in respect of nuclear weapons.

However, the talk of terrorism and nuclear weapons is just an excuse to apply sanctions on Iran, in order to encourage a ‘change of regime’. And it is also designed to gain support for a military attack, if all else fails. The main target is to gain access to the vast amounts of oil that Iran has, as Iraq had and as Libya possess as well. Apart from the oil, gaining control of Iran will also eliminate the potential danger they present to Israel, because Iran is the only country in the Middle East that has the potential to challenge the military power of Israel (especially if they do obtain a nuclear weapon).

These allegations against Iran have been popping up on a regular basis for many years now, but should be seen for what they really are, just excuses. Most should be taken with a ‘pinch of salt’, especially this latest one, unless of course you were one of those fooled by the ‘weapons of mass destruction’ ruse used for the attack on Iraq, in which case you will probably believe anything you are told.