Compared to some Western civilizations, the cultures and laws in Iran could be considered backward and perhaps barbaric, but does the West have a right to dictate how others should live their lives and impose their own social values on them?

Many centuries ago Iran (Persia) was the most advanced and powerful nation on the planet. Should we condemn them for wanting to retain their traditional values and rejecting the lifestyles that have seen their Western counterparts follow a path of crime, violence, sexual deviation, greed and corruption?

There can be no doubt that many citizens living in Iran are unhappy with the life they must live, but this is probably true of every country in the world. However, history has shown us that when the majority obtains a sufficient desire to make changes, this change takes place without any (or very little) outside help (as happened when the United States gained its independence). 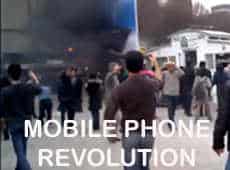 Unfortunately, there are some who are not prepared to wait for things to take their natural course and choose to manipulate certain individuals and groups. The goal is to create a regime change and this has been seen many times in the last few years.

The Western backed revolution in Ukraine is one of the best examples, but certainly not the only one.

Russia has also been made a target and some years ago we witnessed similar protests in Moscow and St. Petersburg. As in Iran, the authorities responded very strongly to the protestors and the media gave a very one-sided view of events.

If there was a truly genuine desire by the majority to obtain changes, one would of course be more sympathetic with the protestor’s actions, but that is questionable in Iran and certainly not the case in Russia. Having lived in Russia for more than 16 years I can guarantee that the majority of its people do not want to see any political changes, and certainly do not want to be dictated to by any Westerners.

Countries like the United States and Britain tend to deny any involvement in these revolutions and protests, but there is plenty of evidence to suggest otherwise. Many of the signs carried by protestors are written in English, which indicates that the message is for Western consumption.

If you study the videos of the protests taking place in Iran, you will notice that a large percentage of the protestors are walking around with mobile phones, recording events that are then displayed on places like YouTube (mainly for Western viewers). In the photo supplied with this article, approximately half of those seen (in the photo) are taking pictures. According to some reports, many of the mobile phones (used by protestors) were given away free by people believed to be involved in organizing the protests, with instructions to obtain images that would embarrass the government.

Some may feel that there is nothing wrong in helping a country and its people to obtain a “democracy” as quickly as possible, but how would we react to another country interfering in our way of life?

Sadly, despite what you are told, the attempts to change regimes is not to benefit the people of those countries (there are a few million Iraqi’s who will support that), but to profit a group of people who seek world domination.

If these people really wanted to help mankind, by changing regimes and improving the lives of the people with a “new” government, why do they not target ALL the countries on the planet? Why is it always countries that possess valuable resources, or have strategic locations? There are many African nations where the people suffer extreme conditions (because of corrupt governments), but where are the Western “Samaritans” in these blood soaked places?

There are many people on this planet who care a great deal about the lives of others, but sadly they are easily manipulated by a small group of people who have decided “they” must control our world. These “chosen” few, because of their incredible power and wealth, have the ability to play “God” with the rest of us, deciding who lives and who dies, who can have nuclear weapons, what we can and cannot do, and many other decisions that can affect every aspect of our lives.

The situation in Iran may seem terrible, when the images of protests are displayed on our TV screens, but we must also remember that this situation was supported by outside influence. Whilst the Iranian authority’s response may seem harsh, would any other country allow members of the public to set property alight, and beat a policeman who was dragged out of his vehicle, without an equally strong response? (While the crowd took pictures on their mobile phones)