After having suffered for a number of years at the hands of Iran-backed thugs, terrorists and trouble-makers the tiny kingdom of Bahrain has lately realized there was another silent operator in its own backyard ready to stab it in the back – Qatar. Bahrain now seeks to take action against rogue states

While Iran was always in plain sight as a rogue state as far as the Gulf Cooperation Council [GCC] countries are concerned, Qatar was a silent operator which continued to be part of the Gulf Arab states’ close-knit group but worked to overthrow one of its own ‘brothers’ – the Bahrain government.

Bahrain now wants the international community to take tough action against the two rogue states because of their systematic support for terrorism and the discourse of hatred and anarchy. “They are instruments of destruction,” Bahrain’s foreign minister said in New York last week while addressing the UN General Assembly.

He said these countries must respect their commitments and follow the collective international will to achieve peace, development and welfare or be held squarely responsible and suffer isolation and the severe consequence of international resolutions and laws.

But this is easier said than done. Take Iran, for example. Bahrain alone is not sick of its subversive role in the kingdom. Even the West is regretting it signed the Iran nuclear deal. Iran has gone on to take the entire west for a ride by agreeing to sign on the dotted line as dictated by the US and major European powers as far its nuclear programme was concerned but then went back to its old ways as if no such treaty existed. So far, Donald Trump has been able to do little about it except gnash.

As for Qatar, again the focus of the world and of the intermediaries keen to sort out differences between Doha and the Arab Quartet [Bahrain, Saudi Arabia, the United Arab Emirates and Egypt] is on their collective demands. No one is talking about how Qatar’s former prime minister and the head of Bahrain-based Iran-backed political society Al Wefaq plotted to overthrow the Bahrain regime back in 2011. They were constantly busy on that front, even subsequently.

In his hard-hitting speech, the Bahrain foreign minister was quite blunt when he said: “Terrorism is no longer confined to terrorist organisations that we can confront and eliminate. Rather, it has become a tool in the hands of states determined to create crises in other countries in pursuit of their own agenda. It is no longer acceptable that among us, there are rogue countries occupying others’ territories [a reference to the Iranian occupation of three UAE islands], violating the sovereignty of states [a reference to the Qatari misadventure vis a vis Bahrain], threatening international peace and security [a reference to Doha’s funding and harbouring of terrorist and extremist outfits and their leaders], supporting terrorism and spreading hate and anarchy.”

One hopes that when he called for political will on the part of the international community to confront terror and deter individuals and entities supporting and financing it, the world was listening and his words made some impact on the arbiters of its destiny sitting in the United Nations. 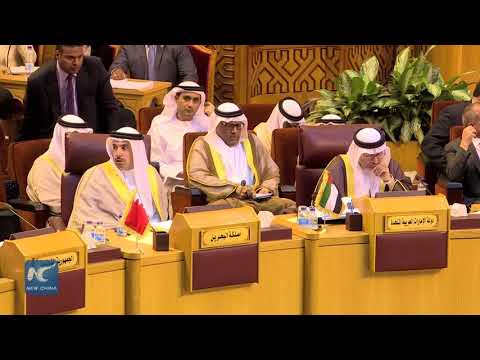