After the 1979 revolution in Iran, the theocratic regime of Iran initially nationalized all banks. But then the regime created a variety of semiofficial holding companies controlled by the supreme leader, senior clerics or top military commanders of Iranian revolutionary guards.

Over the years, many of these companies acquired commercial businesses and expanded with major roles in controlling religious foundations, they have tax exempt and political connection advantages over private business.

However, in recent years, due to embezzlement and corruption these credit institutions collapsed, like Caspian and Sekeh Samen financial institution. The bankruptcy of these institutions triggered angry public protests by depositors who demand the return of their money and denounce the Iranian authorities for having allowed the institutions to plunder their funds. 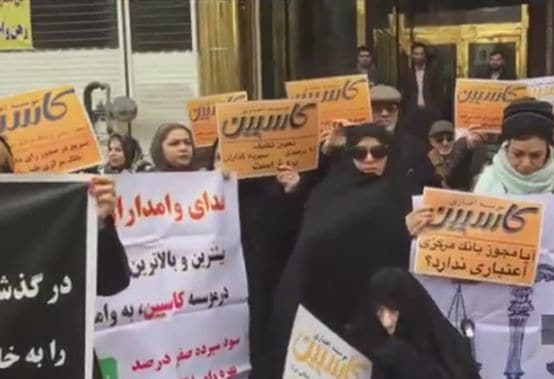 On Sunday, Jan 13 , 2019 customers of Caspian credit institution held a demonstration in Tehran, stressing they will continue their protests until their stolen funds are returned to them.

The protesters were calling on the parliament and Iranian regime officials to stay true to their own laws. They demand holding to account the perpetrators of a large Ponzi scheme that has robbed millions of people of their investments.

These credit institutions had strong ties to Iranian regime officials and had gotten permits from the Iranian regime’s ministries. Since the collapse of the institutions, their customers have been regularly protesting and demanding the return of their funds.

At the same time, in Mashhad, customers of Badr Tous, another of the bankrupt financial institutions that was merged into Caspian, held a demonstration in front of the Khorasan province governor’s office. 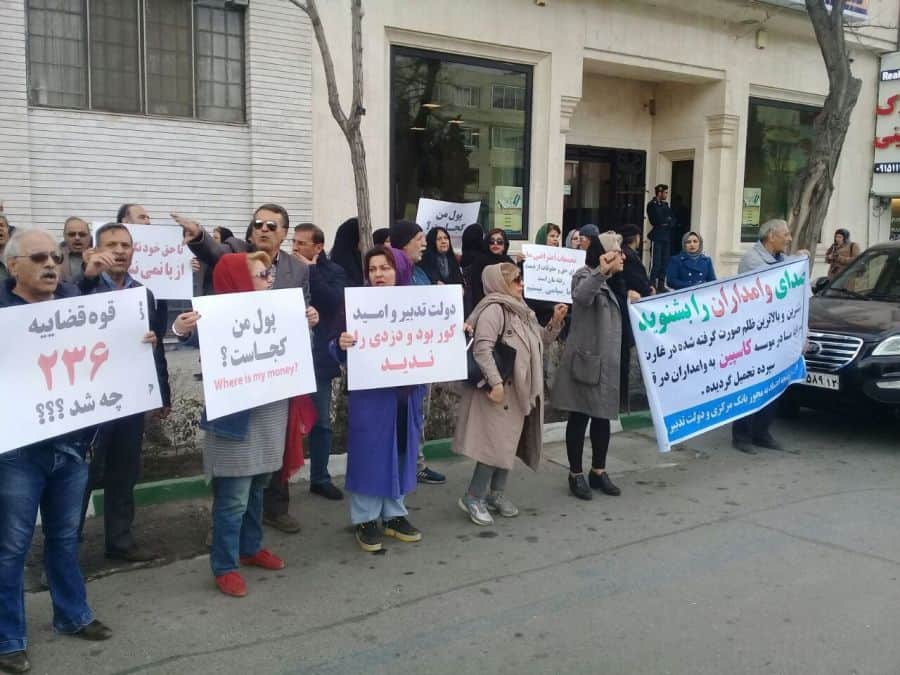 The protesters were shouting slogans against the Caspian and Iranian regime officials. “Is this the Central Bank, or the center of thieves,” the protesters chanting, conveying the message that to them it’s clear that the government is complicit in the plundering of their wealth.

The protesters were also chanting, “Caspian has committed theft, the government has supported it.” They also made it clear that they will continue their protests until the government refunds them.

On Saturday, the customers of Sekeh Samen, a website for buying and selling precious metal coins, gathered in front of the headquarters of Gold and Jewelry Union in Tehran and protested the illicit practices of this union, which was one of the main promoters of Sekeh Samen. During their demonstration, the protesters entered the building of the union and chanted slogans. 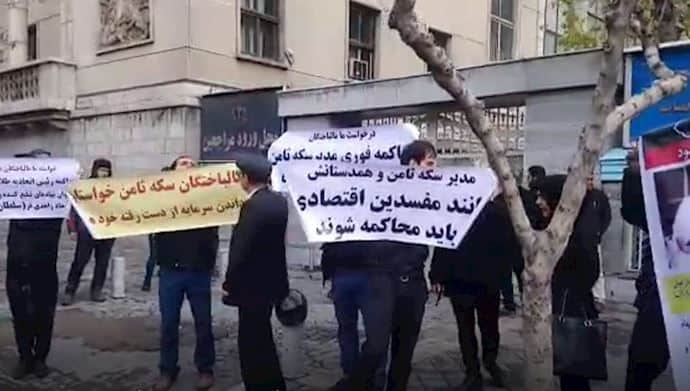 Sekeh Samen launched in 2016, claiming to provide services for digital commerce and the online sale of various types of gold products. The website made many claims about providing financial service round-the-clock and to all parts of the world.

Last August, the company unexpectedly removed its online trade section, claiming to be conducting technical maintenance. Shortly after, the Gold and Jewelry Union, which keeps tabs on the brick-and-mortar and online trade of precious metals, ordered the shutdown of Sekeh Samen.

The Union claimed Sekeh Samen had never obtained a permit for work. Meanwhile, the Union had been overtly promoting the website on its premises and in online portals. The company left thousands of online traders out in the cold, triggering even more protests over the financial corruption that is plaguing the regime in its entirety. 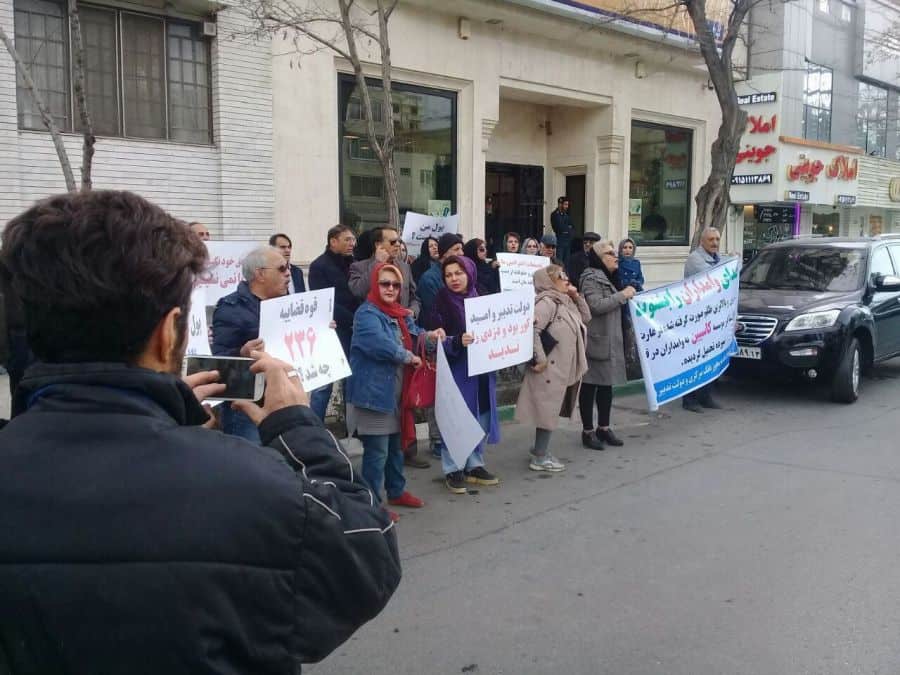 The people of Iran are protesting against rampant corruption by the theocratic regime. This credit institution scandal is just one of many. Other stories report the steelworkers, teachers , students, truckers, workers and farmers, taxi drivers, and Sugar Mill demonstrations.