This is the first time that Somali FA forms a special department head of developing the knowledge of football referees and producing new referees across the war-devastated horn of African country of Somalia.

Somali Football Federation secretary General Abdi Qani Said Arab said in a press statement that the formation of the referees’ development office is part of his federation’s efforts to increase the quality and quantity of soccer referees in Somalia. 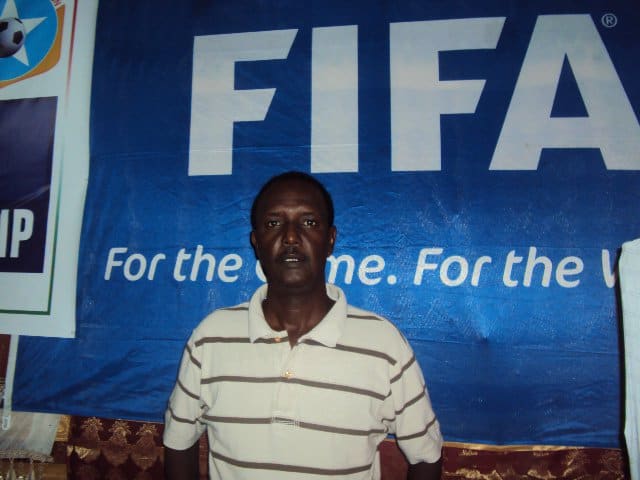 “I am congratulating Mr. Baasaale on the new responsibly he embraced. He is a university graduate and I am confident that after his appointment he will do much in developing Somali Football referees,” the Secretary General said.

The Secretary General added that refereeing is a very hard job. He stressed there’s a need to prioritize this sector.

This year the Somali Football federation was dubbed as the year of football educational enhancement across the country. The Somali FA has implemented many courses in and outside the country so far.

According to this year’s work plan, the Somali Football Federation intended to hold different courses of refereeing, administration and coaching in the semi-autonomous Somali States of Puntland and Galmudug.

The courses are due to be held next month, while in November this year a FIFA level refereeing course for Somalia will be hosted in the brother nation of Djibouti where the Somali FA organizes its international level courses since FIFA instructors cannot arrive in Somalia for security reasons.