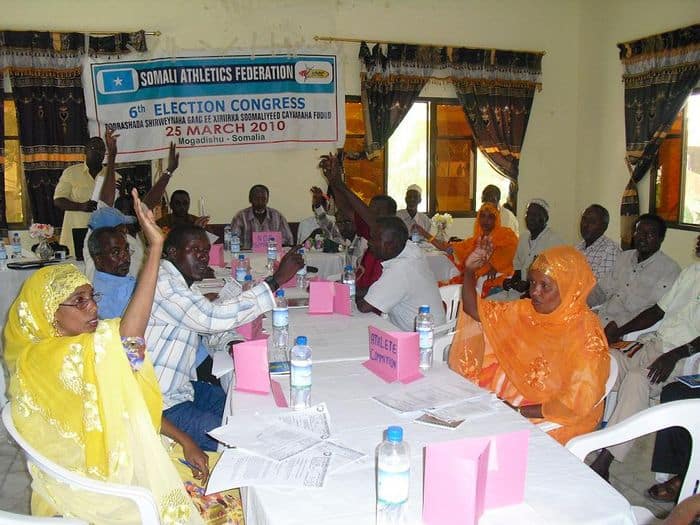 The 6th election congress of Somali athletics federation (SAF) has been held at the Naasahablood palace hotel in Mogadishu Thursday with the veteran president Prof Mohamed Ali Mohamed reelected for another four year-term in office.

The chairman of the election committee Hajji Mohamed Ahmed Olow said that in accordance with the constitution the stake-holders of Somali Athletics federation must elect the SAF executive board once in every four years and the elected SAF members will be in office until 2014. 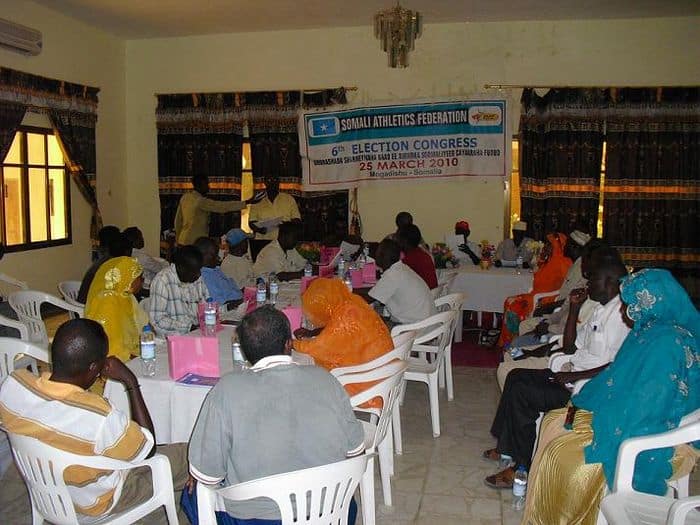 Before the election, Secretary General Farah Ali Moalim who addressed at the congress said that despite the difficulty situation here in Somalia SAF authorities had done everything possible to succeed the promotion of the Somali athletics federation activities in the chaotic country.

“As you know we have been actively doing our duties in the country while we also did not miss the participation of regional, continental and international conferences or competitions” the secretary general said. 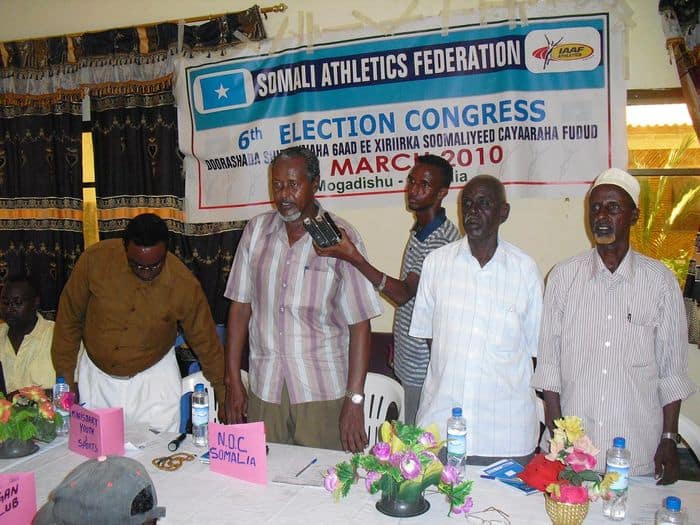 “We are very grateful to all who helped us continue our job under this hardest circumstance and we say with a loud voice that the history of SAF will always be mentioning those who stood to help Somali athletics federation” Mr. Farah stated.

After that the chairman of the election committee Hajji Mohamed Ahmed Olow who stood on the platform announced the names of the candidates and asked the stake holders to start voting and after the end he announced the result of Thursday’s election of Somali athletics federation. 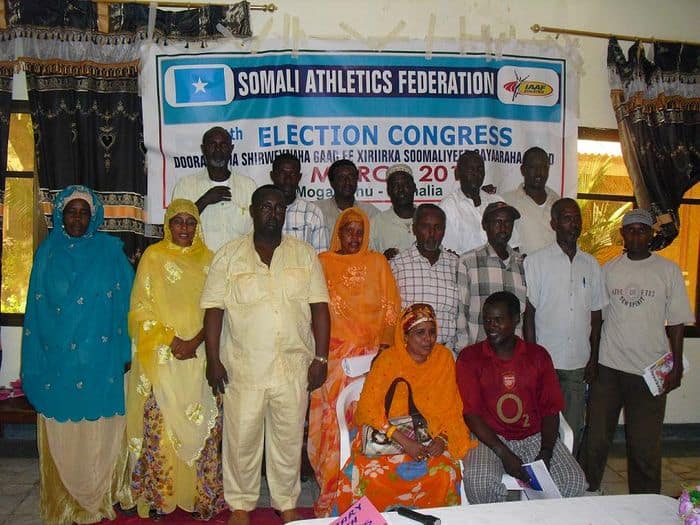 Somali National Olympic committee preventative Hajji Abdi Elmi Warame said that the nation’s sport’s governing body was jubilant at how the election went place saying that it was free and fair.

“On behalf of Somali NOC I hereby confirm that what has taken place here was in accordance with the IAAF constitution and I can say the SAF has done well” the Somali NOC representative stated. 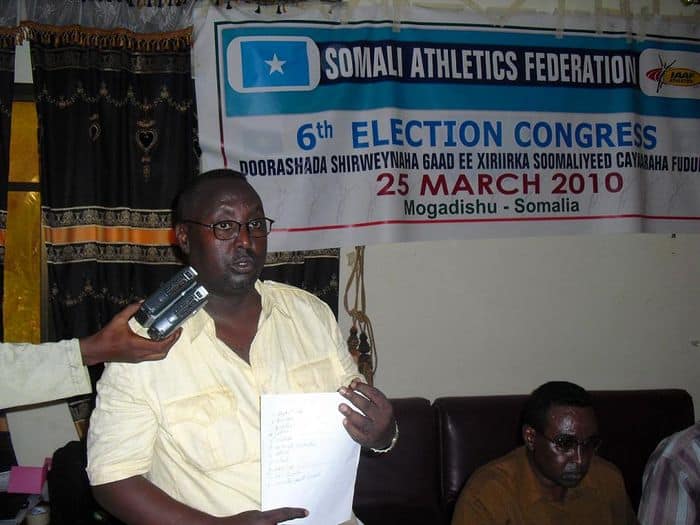 “On behalf of Somali government I praise the Somali athletics federation and its stake holders the good task they have done today” the director general said during his address after the election.

As the veteran president Prof Mohamed Ali Mohamed was elected in his absence, senior vice president Khadija Aden Dahir said on behalf of him thanked for those who voted for them and pledged that her federation will redouble the work they are doing for the whole Somalia. 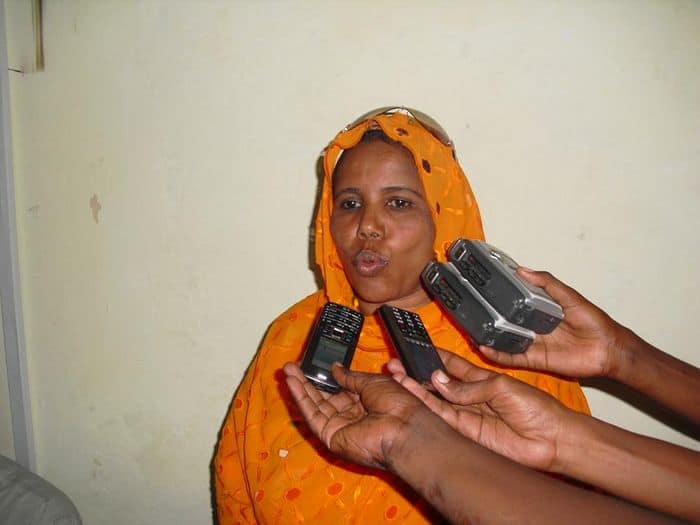 “I know we have taken a very big responsibility and in front of you we are swearing in the name of Allah that we will accomplish our job impartially and in accordance with the IAAF-SAF regulations” she stated.

Although 15 federations are registered in Somali Olympic committee, only four federations, the football, handball, basketball and athletics are actively working in the horn of African country and that is because most of Somali NOC leaders and the authorities of some federations live in exile.