Somalia’s current champions Elman FC have won the country’s super cup after defeating their Banadir Sports Club rivals by 5-4 in penalties in a hotly-contested match at the Banadir Stadium on Wednesday.

The super cup match which was the first to be exhibited at the facility after the Artificial Turf installation has attracted tens of thousands of spectators including top Somali government officials. 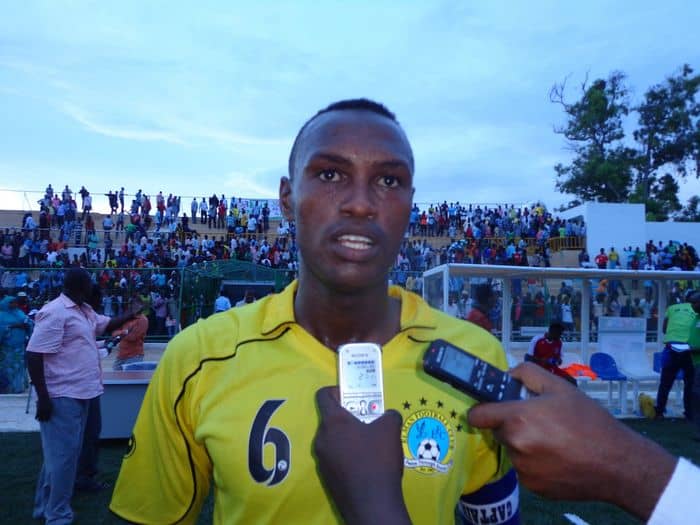 In the 23rd minute of the first half of the match Dadir Amin Ali scored a very beautiful goal for his Banadir sports club, with the first half ending in 1-0 in favour of Banadir Sports club.

But in the 52nd minute of the second half Elman’s top striker Mohamed Nur Abdi scored the equalising goal for his team. Both teams were committed to wining Wednesday’s super cup match and as a result, the 90-minte period that it takes to play a football game ended in 1-1 draw.

However, Elman FC seemed to be luckier than their rivals, when they won by 5-4 in penalties. “It cheers me to be the winners of this year’s super cup, while we are still the country’s champions,” Elman FC captain Hassan Ali Roble told at a post match press conference.

The Super cup was sponsored by Hormuud Telcom, one of the country’s largest network providers.

“This facility is still under construction, but since we have no alternative we will continue using it, until it will officially be launched at a later date,” President Ali Said Guled Roble noted.

Somali civil service development deputy minister H.E. Mahmoud Molaim Yahye who was honoured to present the trophy to the winning team, said he was fully admired at the beautiful and attractive shape of the facility which was rebuilt under FIFA’s Win in Africa with Africa project.

“On the behalf of Somali government, we are very grateful to FIFA for its efforts to develop football in Somalia, I also thank Somali Football federation for the great job they are doing in this country which needs football more than any other country in the world. I am making this announcement because I know football helps restoration of peace,” the deputy minister noted as he was presenting the trophy to ElmanFC captain Hassan Ali Roble (Babaay).