The Academy will host live Oscar® viewing parties in New York and London for its members and invited film industry guests on Oscar Sunday, February 26. The Oscars®, hosted by Jimmy Kimmel, will be televised live by the ABC Television Network at 7 p.m. ET/4 p.m. PT.

Oscar Night London, supported by Rolex, will take place at Soho’s Ham Yard Hotel to view the 89th Oscars at a two-tier screening venue. Guests will enjoy a midnight feast, complete with espresso martinis, and will watch the Oscars telecast streamed live on the big screen, from red carpet arrivals through the announcement of the Best Picture award.

The iconic Rainbow Room in New York will be the setting for the only East Coast event hosted by the Academy on Oscar Night. From the 65th floor of 30 Rockefeller Plaza, surrounded by stunning panoramic views, guests will be able to watch the live Oscars telecast while enjoying an inspired menu by Executive Chef Jim Botsacos.

L.A. Matchmakers Tammi Pickle and Sherri Murphy of Elite Connections attended the Grammy Awards, held this last Sunday here in Los Angeles, California, and said it was an amazing event. I had the opportunity to ask Dating Expert Sherri about sex on the first date, and the answer she gave me may be surprising to some of you guys! Men, she said – do not, definitely do ‘not’ try to score on your first date, or you will turn the lady off! Be patient, and take it easy! Elite Connections are offering singles a free consultation and free advice this month, by calling them at 800-923-4200 and visiting www.EliteConnections.com 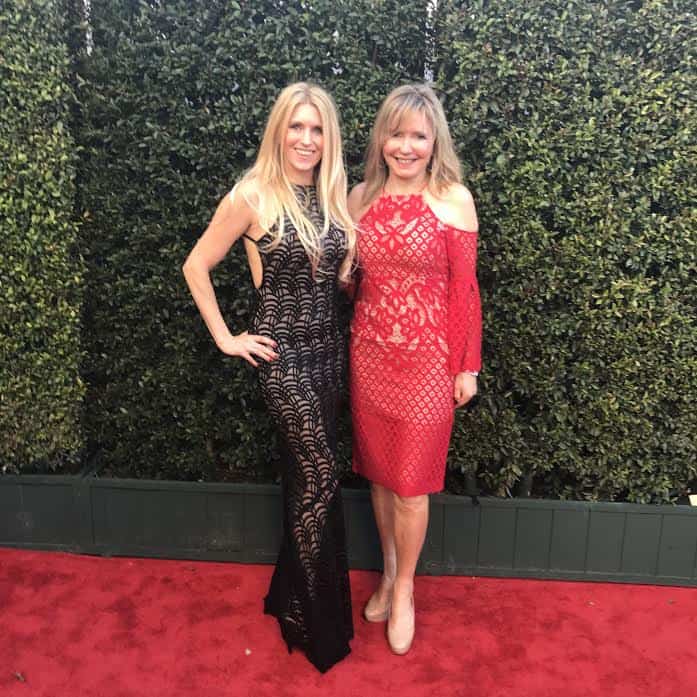 Models dot com is an awesome site we naturally love. They have started producing great videos of some of the hottest rising models of our time. The latest video from them below features some pretty girls taking on political activism, with a how-to punch.

Vogue Paris is reportedly putting its first transsexual on the cover of the women’s fashion magazine next month, according to Life Site News. Valentina Sampaio was born a man, yet is, according to the Vogue Paris editor, “equal’ to all other female fashion icons. Conservatives are outraged, who consider that one is what one is born, despite any surgery to try change otherwise. Further they argue, the liberal media are normalizing what they consider to be the destruction of gender roles and the traditional family. The fashion industry, which has always been about shock and awe – could not care less what they think.

Actor and Singer Robert Davi is a familiar face when you see his photo, having appeared in many films, but isn’t necessarily a household name. His name recognition is getting better however, due now for his recent article on alt right website Brietbart attacking Hollywood liberals.

While dems who oppose Trump’s immigrant ban argue that the immigrant vetting that was in place during Obama was good enough, Trump supporters argue that unwanted Radical Islamic Terrorists slip through the cracks of the system, and cannot be detected, therefore they argue, a total ban should be put in place from the countries Trump selected to totally ban. Trump and his supporters say those countries were actually selected by the Obama administration. The mainstream media has different takes on this. CNN basically agrees, but the Washington Post says the countries are the same as selected by Congress and Obama, but the way Trump applied it is different.

Critics argue it is an unconstitutional Muslim ban. Other Trump critics argue that the rollout of the system hurt legal citizens and legal immigrants, by detaining them when they allegedly should not have been.

Robert Davi’s response to all of this, according to his article, is to demand that Hollywood liberals be required to open up their homes and all awards shows and awards parties to unvetted immigrants and terrorists. His article now has many alt-righter’s praising his greatness.

Hollywood legend Pat Boone reportedly went off on Meryl Streep for her Golden Globes speech, and defended Trump, in a recent interview. Pat Boone apparently stated that Hollywood’s morals are on the decline. Pat will be performing March 25th in Los Angeles at The Saban Theatre on 8440 Wilshire Blvd. in Beverly Hills, CA 90211. Meryl Streep will most likely not be attending.

A 14 year old girl has reportedly been beaten by police in Iran, for wearing ripped jeans. According to Geller Report dot com, the first so called ‘feminist’ Sweedish government is reportedly getting backlash for allegedly capitulating to Iranian Sharia law forcing women to wear head scarves. Some Iranian women are demanding that Sweedish women stand up to the tyranny and say no!

Hollywood rebel Michael Moore has been going on a twitter war, calling for the impeachment and even arrest of President Trump.

Some groups of women are set to protest again, calling for a Women Blackout day, in which women will not work or participate in the system that they feel does not respect them with a new Trump Administration. Similarly, Immigrants are planning to do the same next week in DC, with many restaurants already reportedly participating fully, and prepared to close for a day.

Meanwhile, here in La La Land, The Grammys are over, the Oscars are just around the corner, the sun is shining again, and despite the ongoing, never ending political drama, life is good – no matter what they tell you.

This story is copyright 2017, Bruce Edwin, Hollywood Sentinel, all rights reserved. The office of Bruce Edwin and affiliates do not endorse any advertising that may appear on or in connection with this story.