The media’s interpretation of Donald Trump’s first month in the White House is utter turmoil. They gleefully point to the resignation of Michael Flynn as national security adviser as an indicator of weakness in the Trump hierarchy.

Nothing could be further from the truth. Under all the layers of the hostile media‘s description of a White House in chaos is one man whom the left-leaning media virtually leaves unscathed. That man is the quiet, yet assertive Vice President Mike Pence.

The last week has shown Pence to be the rising power within the Trump inner-circle. This God-fearing conservative from Indiana has the president’s ear and utmost confidence. He earned this in spades through dignified loyalty and a sprinkle of discontent thrown in to keep Trump’s enormous ego in check.

Pence’s political clout has been overlooked in media coverage. But Flynn’s ultimate demise can be traced directly back to the quiet former governor from the Midwest. The fact of the matter is Gen. Flynn openly lied to Pence about his phone conversations with the Russian ambassador.

This man of impeccable credentials for honesty and integrity abruptly advised Trump to dismiss the general immediately. It did not help that Pence had appeared on several national news shows reiterating Flynn’s lies openly. 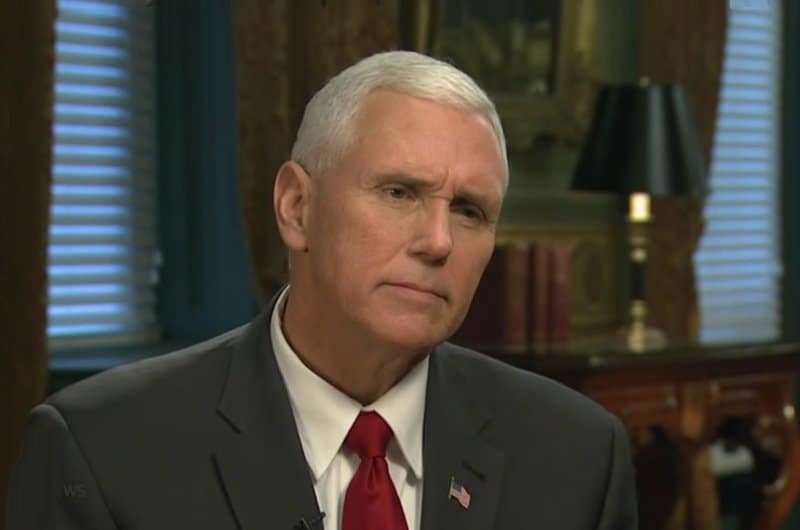 A White House insider who requested anonymity remarked, “You cannot lie to the vice president, to Mike Pence, and expect to survive.” In fact, if you are a conspiracy buff, rumor has it Trump personally picked Pence as vice president because he plans to resign once he puts in place his “Make America Great Again” agenda.

Compared to the flamboyant Trump who has a dismal relationship with the press, Pence is the Teflon vice president. He remains soft-spoken in front of the cameras, but reportedly is a driving influence behind the scenes. He is Trump’s number one public relations monitor.

The dismissal of Flynn showed the media just how much power Pence wields with the president. The general’s deception left Pence holding the bag with public embarrassment after the Justice Department informed Trump.

When Pence approached the president with his own silent anger, he faced a man who owed him his undying loyalty during the darkest hours of the presidential campaign. The two men did not know each other well before Trump added Pence to the ticket. The billionaire real estate mogul’s eccentric behavior was on-the-job training for the quiet man from Indiana.

Pence has remained calm with Trump’s many twists and turns. A devout Christian, he has remained at Trump’s side even through the campaign talk of him grabbing women and crude remarks. But, in public, Pence remained a calm but fervent advocate for Trump through that drama and many others. He stands apart from the many conflicting egos that dot the White House landscape.

He is the total opposite in personality from others around him like the outward flamboyance of Stephen Bannon or Trump’s controversial chief strategist Kellyanne Conway. He appears off-limits with the press to the criticisms they heap on chief of staff Reince Priebus and press secretary Sean Spicer.

Pence will be the primary guide through the Capitol for Trump’s agenda. He is reportedly the chief architect of a revised and improved Affordable Care Act. He is now the unofficial director of legislative affairs. He cannot do it alone since Trump’s volatility will also likely cause consternation from time to time. But he will be an asset both inside the White House and beyond.

Compared to many of the other key Trump players, Pence is unusual in another key area; he has no obvious enemies at the White House. He gets along with other members of the staff. Pence looks in every way like the vice president should look. He is honest, quiet, loyal and maybe most important of all, ready to serve at a moment’s notice.