Today, Donald Trump shook up NATO. The heads of the allied states thought they could continue to abuse the USA, spending their money on whatever they wanted, while the US picks up the tab for their defense.

Donald Trump brought them back to reality with a crash. Germany buys much of its gas from Russia, providing commerce to Russia, and huge profits. Yet NATO says Russia is a threat, and for that reason, the US must pay to protect Europe.

Trump told them that wasn’t going to fly, and they can no longer sit back and spend US money.

Across the world, media talking heads were going ballistic about what Trump said, or meant, or didn’t say.

Too bad the media never bothered to read Trump’s book “The Art of the Deal.” If they had, they might understand a bit more about how he works. That would mean they might be able to give their viewers and readers some decent analysis instead.

Instead, they freak out every time he says something, and spread hysteria, until their heads explode. Sadly, the media is training the population to hate Trump, because the media is a disinformation campaign. 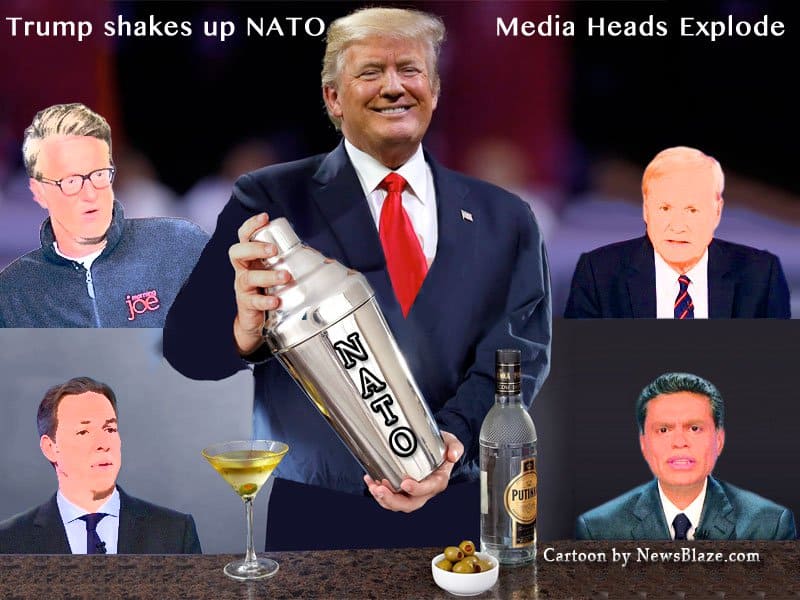