The world body stressed the need to focus renewed attention on the thousands of children hit by the disaster.

The death toll in the Philippines from the impact of tropical storm-affected areas Washi passes 1,100.

With tens of thousand of homeless villagers seeking shelter in public buildings, including schools, the UN International Strategy for Disaster Reduction (UNISDR) has increased its calls for the safe and uninterrupted access to learning for children afflicted by the storm.

“In times of emergency, communities are likely to prioritize needs related to people’s immediate survival and will not have the resources to address the basic need of affected school children and teachers.” – Margareta Wahlstrom, the Secretary-General’s Special Representative on Disaster Risk Reduction

Ms. Wahlstrom noted that forward planning to preserve a child’s right to education is one of the most valuable actions a government can take, before disasters strike.

She stressed that education was critical to children’s long-term opportunities and must not be interrupted.

The UN Children’s Fund (UNICEF) has also pledged to provide children with continued access to safe learning environments in the storm-ravaged cities of Cagayan de Oro and Iligan on the island of Mindanao, which were particularly affected by flash floods and landslides as a result of Washi.

A number of UN agencies are providing assistance on the ground as well, including the World Health Organization (WHO), which has sent emergency supplies to prevent water-related diseases. These include 416,000 bottles of water purification tablets, 20,000 doses of oral rehydration salts and 4,000 containers of zinc sulphate for treatment of diarrhoea and 612 litres of hand sterilizer.

According to the latest figures released by the Philippine Government, over 640,000 people have been affected by the tropical storm, known locally as Sendong, which ravaged the country last weekend. 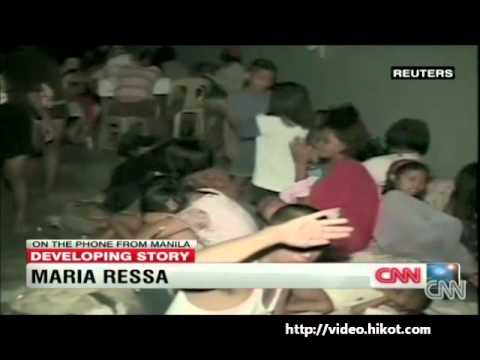