Deputy Secretary Lew stressed that a number of U.S. officials have productive trips to Afghanistan and Pakistan.

Mr. Lew reported that Deputy Secretary of State and Administrator of USAID Raj Shah has visited first Afghanistan and then Pakistan.

“It truly shows you how global the world is that a flight from Dubai to Washington has to be rerouted and delayed for four hours because of ash in the North Atlantic. But it’s a lesson to always bring carry-on luggage because because they had to reduce the weight of the plane to load more fuel, and if your bags were in the hold you were in trouble, I think.-

He said he visited first Pakistan and then moved on to Afghanistan. In Pakistan, he said his meeting together with his team at the Embassy and with ministers in the Pakistani Government, was really focused on their civilian program.

“For – the place where Raj and I overlapped was in Afghanistan at the ROC drill, the Rehearsal of Concept, where it was an all-hands meeting for the civilian and military leadership to go over – with General Petraeus and Ambassador Holbrooke chairing – all of the major regional and functional activities in Afghanistan.” -Mr. Lew

He said they had made tremendous progress in the last year in civilian and military leadership which put together a truly integrated coordinated civilian-military plan.

“And truly coordinated means not just between the U.S. civilians and the U.S. military, but with our international partners, and most importantly, with the Government of Afghanistan. Participating in this ROC drill were the Afghan ministers and some of the most important insights that we got from the sessions were from their interactions.” -Mr. Lew

He reported he had extensive meetings together with his team in Kabul and with the ministers to make sure that their assistance program is being implemented effectively. He said he wanted to make sure that it’s really driving the priorities of the Government of Afghanistan and strengthening the capacity of the country. 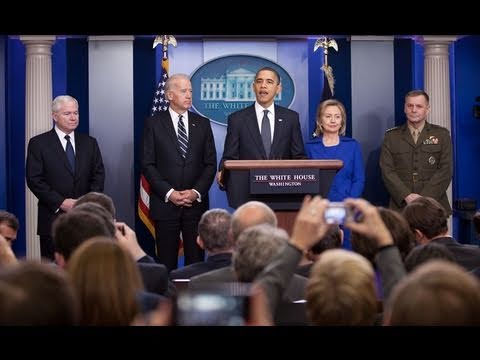