Samantak Das, 43, an educator in Kolkata, India, has taken individual initiative to help the 200,000 devastated Cyclone Aila victims of the Sunderbans in eastern India, making three visits to the area with his small team of volunteers. He says that unpreparedness and unscientific handling of disasters by policy-makers could spell doom for the rain forests, forever changing the ecological balance of the area.

I am a teacher in the city by profession but have been doing voluntary social service for the last quarter century. I am also part of an NGO that helps economic rehabilitation of rural poor. It is this engagement which drew me to the Aila – stricken Sunderbans, the biggest rain forest in Asia.

Obviously, I am no expert, but I am told that apparently, with global warming, cyclones such as Aila, which affected 200,000 people in the forest villages of the Sunderbans in the southern part of the province of Bengal, India on May 25, will become more frequent. The villagers are yet to recoup even by half; I shudder to think what will happen should something like the Aila strike with vengeance again.

It has been my experience after three visits to the affected areas in the last month that the only hope for the vast population in the area is to grow more mangroves. We have seen some dams left untouched. In every instance, they have had outer protective layers of mangroves between them and the rivers. And wherever the dams have broken, the absence of mangroves was conspicuous. The concrete structures to be built by funds allocated by the Indian government will not be as effective.

The sustainable solution to the problems of the Sunderbans, whether in India or in Bangladesh, has to be found not in old-style steel-and-concrete engineering but in ecologically sound methods of working in harmony with the local flora and conditions of existence, of human beings no less than nature.

Which brings me to the problem of cultivation. It is perhaps not realised that the people of the Sunderbans are facing a food crisis of severe proportions as no rice is likely to be grown there for the next three or four years since the paddy fields have turned saline after the cyclone. Such saline land cannot support high-yielding-varieties (HYV) of paddy with their Green Revolution protocol of using insecticides, pesticides, chemical fertilisers and irrigation using fresh water. Local varieties of rice, which can grow in saline water or land, are stuff of folklore now.

Government policy should be geared towards reviving these local varieties instead of asking MNCs like Cargill and Monsanto to develop patented saline-water rice varieties, a policy increasingly being discarded by the West.

To say that disaster management was appalling would be to understate the case. There was adequate advance warning that a cyclone was about to hit – some 12 to 30 hours – but basically nothing was done to warn the populace of those places likely to be affected. And this despite the widespread use of mobile telephony all over the Sunderbans!

Immediate relief once the cyclone had passed was non-existent. Four days after the cyclone, the only relief that had reached a locality of some 2,000 persons that we visited was 50 kilograms of puffed rice! No wonder administrators got manhandled, and the provincial head of government was heckled by locals when he visited the Sunderbans. 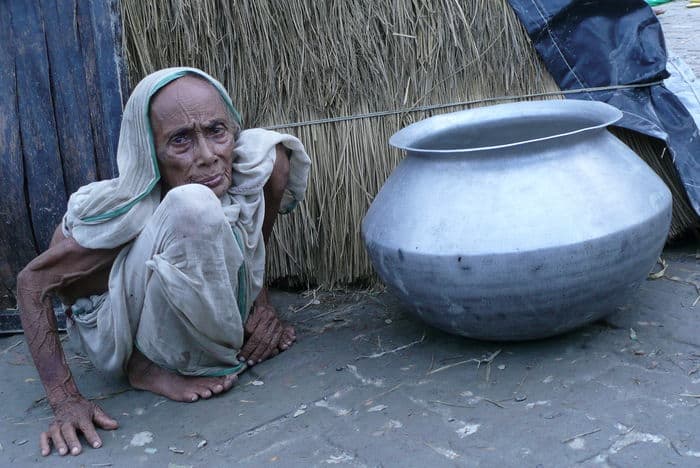 Five days to a fortnight after the cyclone, the state seemed to have no relief plan whereas ordinary people came forward in droves. Just two of us, both ordinary teachers, managed to raise over Rs 500,000 (7150 pounds) from individuals in less than two months. But we were by no means exceptions.

However, lack of planning by the state, yet again, made a mockery of noble efforts while middlemen, aided by quacks, made a killing. We saw relief teams put together by small NGOs turning up without a clue to where they ought to hand over the relief material. There was just no government initiative to guide them. I saw many relief teams simply dumping relief along the banks of rivers, benefiting those staying along the river-margins but leaving those living further inland untouched. I wonder whether it is time to take a lesson or two from Bangladesh which has a much better and well-thought-out disaster management plan to deal with calamities such as Aila.

I think that private initiatives helped much more than government relief. For one, volunteers like us knew the lay of the land and could not be fleeced by unscrupulous boatmen who were charging five times the normal rate to ferry people. Also, we knew the geography of the place because nothing is as simple as the crow flies in the Sunderbans. You may take three hours to reach a spot half a kilometre away if you do not know the shortest route. Most of the government relief managers were armchair bureaucrats who had no clue to what was happening. The presence of ministers only added to the worries and chaos.

The worst knowledge that we gained from our visits was indeed painful. The way the markets were stuffed with goods and shops overladen with essentials in Gosaba town, a few kilometres from the disaster area, was an eye-opener to what hoarders can do to make a fast buck. Obviously, relief material which could not reach the victims were sold to these shops where they were sold in the blackmarket while the poorest of the poor remain unfed for days, and sometimes weeks, in the Aila zone. As I saw it, this was hell on earth.

Everybody has made it a habit to wait for help. I told many of the villagers to restore their own mud houses and not wait for government aid to arrive. I found all of them unwilling to do so even as they lived in the open, threatened not only by the vagaries of nature but by hungry wild cats and snakes. But for them, help from the government was all that could bring back normalcy. I think it is a characteristic of developing nations like India to wait and suffer instead of taking the first corrective action ourselves.

My worry, however, is on another level. The sort of diseases that have spread in the area can be fatal. People have been forced to drink whatever water and eat whatever food and this has led to widespread gastro diseases and my information is that an epidemic is on its way. The rivers are full of rotten fish which have floated to the top. There are no doctors in the Sunderbans and whenever we have approached one to accompany us, the response has been a lazy excuse to avoid going. The result has been simple and easy to guess: people have already started dying.

Finally, to the animals, a treasure of the Sunderbans. Only the other day, I read of a tiger, an endangered species, which had strayed into human habitation and died. A test of its viscera has shown that the animal, out of hunger and desperation, had eaten a poisonous cobra! If such had been the fate of the king of the jungle, I wonder what fate lurked at every bush and branch for lesser animals.

The role of the media needs to be mentioned. They went only up to places reachable by vehicles and mostly, accompanied politicians who had the privilege of being treated with preference. The result was easy to guess; the reportage followed expected lines of either government bashing or praise for ministers. The plight of the people and ways to reach relief were hardly dwelled upon. 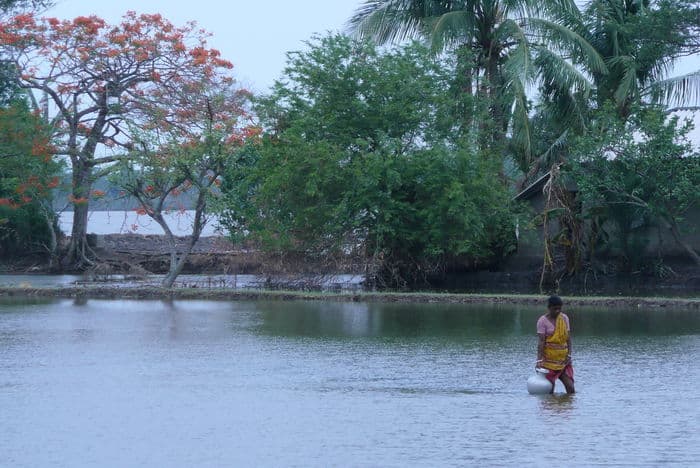