Though book to screen adaptations more often than not present problematic situations, with The Time Traveler’s Wife a greater dilemma may be adapting to characters in repeated transitions leaping between the past, present and future. And also counting on a heaping suspension of disbelief, for audiences hopefully willing to just go along for the ride. Additionally up for grabs when it comes to flight risk here, is the unconventional transplant of the time travel genre from its roots in sci-fi to a gothic romance.

Based on Audrey Niffenegger’s popular novel of the same name, penned by screenwriter Bruce Joel Rubin (Ghost) and helmed by German director Robert Schwentke (Flightplan), The Time Traveler’s Wife comes up with perhaps the most creative explanation ever concocted by a butt naked disappeared husband caught by his spouse with his pants down. But I wouldn’t recommend trying that lame excuse on for size at home. 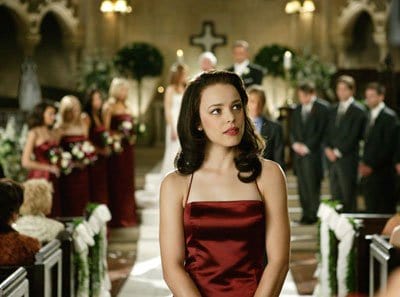 Eric Bana is Henry in The Time Traveler’s Wife, a Chicago librarian and more than occasional MIA serial boyfriend of devoted beyond the call of duty Clare (Rachel McAdams). Eric has been diagnosed as afflicted with the genetic disorder Chrono-Impairment. Which means that he moves involuntarily back and forth through time, while assuming multiple incarnations of himself at various ages. This is in no way to be confused with wanderlust, though Henry does get a thrill now and then out of his unusual superpower, as when he arranges a big lottery win while loitering in his past life.

And though opposites indeed do attract here, stay at home Clare’s attempts at constant damage control concerning their on-and-off-again relationship, are relentlessly strained. Which grounds this flighty tale as a hard core weepie, but not without periodic excursions into what may be characterized as comic timing. Including occasions when a chrono-impaired traveler stops by to hang with their childhood persona, which conveys a brand new notion to the concept of playing with yourself. Or, Henry’s unavoidable dilemma of always showing up from another decade in the buff, a kind of wardrobe malfunction devoid of wardrobes. Though that habitual flasher streaking back in time to meet up as a grown man with Clare’s smitten child, while mooning the audience, comes off as just a tad creepy.