London (Women’s Feature Service) – For someone who had always planned on making her mark in the courtrooms as a lawyer, destiny’s sketch for UK-born Indian Devika Dass has turned out to be pretty fashionable. It has included a design degree from the world renowned Central Saint Martins College of Art and Design in London, an opportunity to work for Mathew Williamson and Emilio Pucci, a trip to the breathtaking Andes and a meeting with women knitters in Peru, which led her to discover the love of her creative life, the rich Alpaca yarn. Along the way, Dass has launched her own label and even collected wow reviews at the London Fashion Week AW/14, announcing her arrival in the competitive world of haute couture as an avant garde knitwear designer.

Indeed, Dass’s journey from Pucci to Peru has been long, but tremendously enriching. Though her namesake label is just two years old, her showing at the London Fashion Week’s Estethica Showroom has catapulted it into the big league. The collection pieces – dresses, gilets, jumpers and coats – have a signature handmade quality and are crafted in the highest grades of luxury yarns: baby Alpaca and silk.

Perhaps, it is her refreshing take on luxury knitwear that has got her noticed on the international ramp. The minimalism in her designs is a reflection of her unpretentious personality. Dass likes to keep things simple. The macrame, hand-knitted and crocheted garments – in a warm spectrum of colours and strong silhouettes, including her newest range inspired by ‘warrior women’- are a celebration of Peru’s woolly heritage.

By her own admittance, it’s the internships and on-the-job trainings under fashion greats that have helped her shape these aesthetic and creative skills, “Each experience has been different and invaluable in shaping my own skills and confidence whether good or bad.”

Her stint with well-known English designer Mathew Williamson gave her strong experience in working with colour and print. “I first met Matthew Williamson when I was working with one of his show stylists. I remember going into the studio, seeing his collection and thinking it was practically the most beautiful thing I had ever seen,” she recalls. 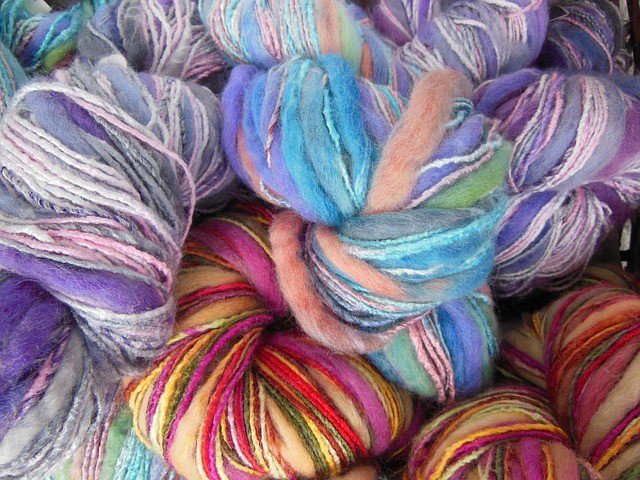 She followed this up by working for Angolan born, Portuguese designer Louis de Gama, and then Tashia, a high profile accessories and design label by Sara Chiaramonte. Of course, all this only prepared her to take on a dream position at the iconic Italian print fashion house, Emilio Pucci. “Working at Pucci was great because I loved the idea of being associated with a heritage brand,” she says.

At Pucci, Dass put herself up to design the knitwear collection since they did not have a knitwear designer at that point. “The collection did really well. That is when my love for knitwear surfaced,” she shares. Later, she joined Maharishi as Creative Director of their women’s wear line for two seasons and also took up various consultancy projects to expand her base.

It was a trip to Peru that helped Dass to take the decision to branch out on her own. “I founded Devika Dass in 2012, following a trip to the Andes in South America where I was introduced to a group of Peruvian women. I was amazed to see them knitting to survive in a remote part of the country and right then I decided I wanted to launch an entire luxury knitwear brand,” explains the soft-spoken designer with a bright smile. Women in hats wearing multi-layered petticoats sat in a courtyard busy with their knitting needles and conversations; some even had their kids strapped to their backs. “When I saw this I knew that something had led me to this point in my life, where I could finally give back,” she continues.

As a first step, she needed to develop some samples so she decided to spend a couple of weeks with them. Having done business with some of the finest Italian factories in the past, Dass was convinced that the impressive skills of these women deserved a much wider audience. “Also, I wanted to go back to the organic and traditional production practices; recreate the connectivity I saw between these women and their work,” she elaborates.

Dass focused her attention on “bespoke knitwear” and, more specifically, on the “philosophy behind how a garment is produced.” The vision was to “marry luxury with sustainability.” The first collection that emerged was sold mostly through private orders and the retail store Feathers in Knightsbridge.

“Rather than finished garments that come off a factory line, what fascinates me is the way things are produced,” she says. Therefore, instead of setting up a factory she has taken a socialist approach and ensuring that each piece employs the hand knitting skills of the Peruvian women; their craft mirroring the ancient Andean tradition. “These enriched techniques of knitting are what my clothing line thrives on,” says Dass, who is keen to specialise in techniques that cannot be done by machine. “Crochet and macrame are two traditional methods we use although with a contemporary twist. A modern one is the eco-fur, where each piece of yarn used to create the fur that is latched on individually by hand,” she adds.

Her collaboration with the master Peruvian knitters has not been free from challenges. “Not speaking Spanish has definitely made things difficult,” says Dass, for whom getting the logistics right has been another problem point. “When you are a new business, producing small orders can be just as difficult as producing large quantities, and most manufacturing suppliers demand that you produce minimums,” she reveals. Working with knitters, who are used to doing things in a traditional manner has required some careful handling. Ensuring stringent quality control, a given for luxury wear, is the other big challenge

Work never really stops even when a major collection has been presented to buyers. From doing research on the next season’s trends, developing patterns, creating swatches in her London studio to sending them to Peru and sourcing the yarn – everything has to be well-monitored. “The most difficult part has been trying to translate this dream that I have created with everyone else. It is one thing to fulfil your own dream but another to have the means to share it with the world, which is what we are so busy trying to do here,” she says. Depending on the complexity of the samples, it can take up to six weeks to construct a collection, while it takes around four months to develop it.

Dass always finds great joy creating something new, “The best part is definitely my passion for designing. The idea of sourcing things locally is still something I am trying to work out in terms of convenience. For now, Peru seems like the ideal location as it is the home of the baby Alpaca yarn and vicuna, the most luxurious yarn known to humans, that we are using.”

Being a relatively young business, it is imperative that Dass’s brand looks for newer channels of expansion, “This season, we have had some interest from the Asian market. We would love to further our growth with partnerships in India.”

Currently, she is working on her second collection, the debut Spring/Summer 2015 (S/S15) line, and says, “I am excited about developing our next collection; the designs are nothing like we have produced before.” So far, the winter collections have been quite muted. Hence, she is exploring ways to break away from the usual colour constraints.

Times tested techniques, finer yarns and a new colour palate all open up a terrain of creative possibilities, one with which this gifted designer is excited to engage.