Dhaka,(PTI): Bangaldesh Supreme Court has stayed the execution of the death penalty of a former military officer convicted for the killing of country’s founder Sheikh Mujibur Rahman a week after he was extradited from the US.

The stay would remain valid until the disposal of a plea by sacked Lt Col Mohiuddin Mohiuddin Ahmed to the Supreme Court urging the highest court to file a regular appeal against his conviction in trial.

A total of 12 ex-army officers were sentenced to death for the August 15, 1975 murder, but only four of them faced the trial in person while Ahmed and others were tried in absentia. 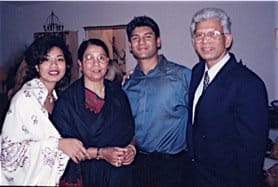 Ahmed in his prayer through jail authorities urged the highest court of the country to “condone an inordinate delay” in filing the appeal.

Mohiuddin was deported to Dhaka from Los Angeles on June 18 after a US court rejected his appeal to stay back.