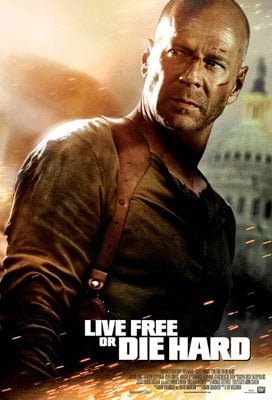 Bruce on Being Back as John McClane

Although he’s never been nominated for an Oscar, no one would dare question the enduring star power of Walter Bruce Willis. Born on a military base in West Germany on March 19, 1955, he was raised in New Jersey before embarking on an enviable career in which his movies have grossed almost $3 billion thusfar.

Despite the absence of any accolades from the Academy, over the years Bruce has won a couple of Emmys, a Golden Globe and a People’s Choice Award. He also has his own star on the Hollywood Walk of Fame and he’s been named Man of the Year by Harvard’s Hasty Pudding Club.

The veteran actor already has a couple movies out this year, Perfect Stranger and Grindhouse. Last year, he appeared in a half-dozen: Alpha Dog, Lucky Number Slevin, Over the Hedge, Fast Food Nation, The Astronaut Farmer and 16 Blocks.

Here, he talks about reprising perhaps his most famous role, as Detective John McClane, in Live Free or Die Hard, the fourth installment in the fabled, Die Hard action franchise.

KW: What interested you in returning to this role after a 12-year hiatus?

BW: Well, a couple things. And I only know this in retrospect, in looking back at the previous three films. I wanted to do a film that came as close to the values of the first film, to the hardcore quality of the first one. Not that the other two weren’t hardcore, but just a film that was as good, if not, at times, better than the first film.

KW: Do feel that you achieved that goal?

BW: We did. I wouldn’t say it, if it weren’t true. I’d be talking about something else, if the film had not turned out so well. 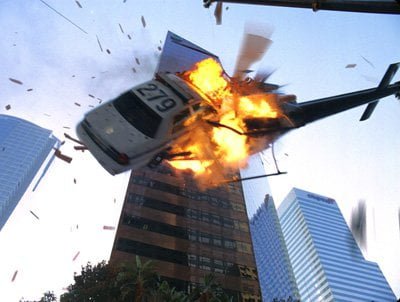 KW: So, where does this rank in the pantheon of Die Hard films?

BW: It’s right up there. I would put this one-two with the first film. And it’s an interesting thing now, over twenty-one years, to have four films that are book-ended by two really great episodes in the storyline.

KW: As producer, how did you come to settle on the relatively-inexperienced Len Wiseman as a director, since he’d never done a film of this scale?

BW: I liked the look of the two films that he did… Underworld and Underworld: Evolution. I thought they were really great films and that he had done a really good job. He came in really prepared to make a film that rivaled the first film. This guy is also a little younger than me. He was 16 years-old when the first film came out. And he confessed to us that in 1988 he made his own home movie version of Die Hard, which we started calling the Len Wiseman 1988 Backyard Die Hard. So, from time to time, when he would hand me notes on how to play John McClane, I would hand him the gun and say, “Here, show me how to do it.” We had a lot of fun with that.

KW: This has been a summer of sequels filled with computer-generated stunts. Does this film follow that popular formula?

BW: Not so much. This is a throwback to the first film. All the stunts are done manually. There’s very little CGI in this film. For the most part, the stunts in this film are pretty old school. Real guys fighting real guys… The car that you see flipping in the air in the trailer is a real car. That stunt is indicative of the others in the film. 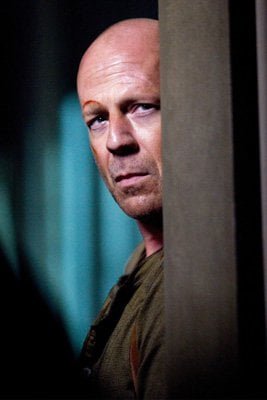 KW: How did you come up with your trademark Die Hard phrase, “Yippee kayay, bleep!”

BW: You know, it’s amazing that it did become such a worldwide, recognizable phrase. It was just something that was in the script. The actual yippee kayay part was mine. It was written a different way, but that was what we used to say while playing cowboys in the backyard when I was kid. That’s what we used to say, “Yippee kayay!” But, yeah, it certainly has become an internationally-known phrase. And it gets said in this film as well. It wouldn’t be Die Hard unless you said, “Yippee kayay, mother-[expletive].”

KW: Thanks for the time, Bruce.