Massive pilferage of petroleum products from oil tankers at the entry point of Nagaland and Manipur at Assam’s Khatkati area adjacent to national highway 39 is a known fact to the police of both Assam and Nagaland.

More than a hundred oil tankers pull together in some particular truck parking in the Khotkoti locality from various oil repositories of upper Assam under police escort due to threats by ultra outfits in different states.

The oil tankers are escorted by police force of Borpathat and Khotkoti police station from Karbi Anglong-Golaghat border through the Nambor reserve forest up to Khotkoti. Then, the fleet of oil tankers must wait for long periods, until they can be shepherd by paramilitary forces to various destinations in Nagaland and Manipur. Providing amenities for truck parking has allowed oil pilferage from the parked oil tankers. From Khotkoti to Lahorijan the threshold of Dimapur city of Nagaland, more than five truck parking spaces have developed with all facilities and allied services for oil pilferage by local oil moguls who have all-encompassing networks which penetrate deep within most law enforcing agencies in the area. 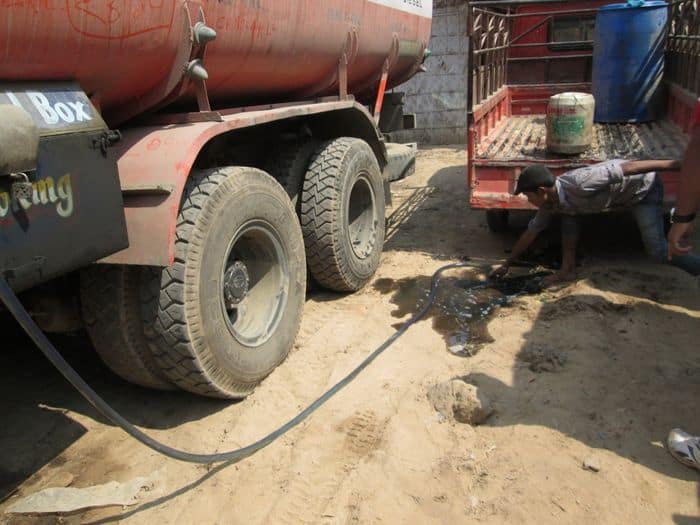 “More than two to three hundred liters of petrol, diesel and kerosene are extracted at discounted rate from each of the parked oil tankers with the help of pump sets. The fuel is then stored in barrels in hideouts, and from there, the barrels are transported to nearby areas, including Dimapur, No Khuti, Naokata, Bet Mahal etc. The oil is then sold to various purchasers including petrol pump owners. Everything is done with the help and knowledge of the driver and helpers of the oil tankers” a member of an NGO based in Bokajan said. 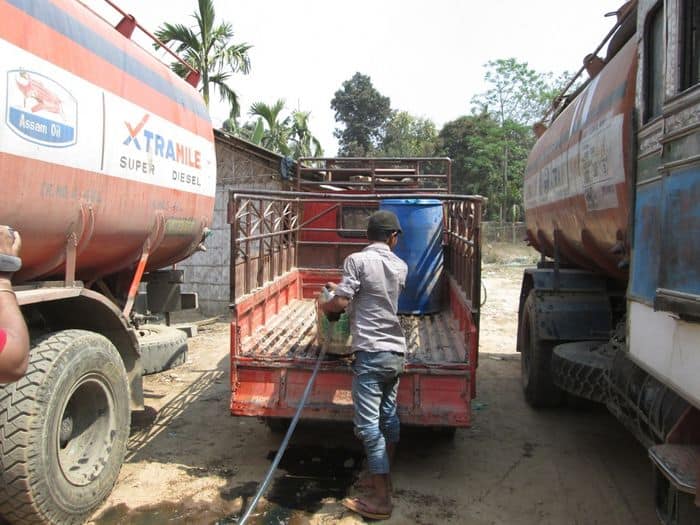 Bizarrely, the parking lots, which give the impression of being a resting place from the outside, allow the mammoth extent of pilferage where the pilferers operate under tight security covered by high bamboo fences. Hundreds of oil containers are filled through powerful siphon pumps in extremely hazardous circumstance.

There are thousands of people in the locality, and while they sleep, there is the possibility that the equivalent of an active volcano could explode near them at any moment, causing a major catastrophe. The thieves store hundreds of oil containers in inaccessible places close to human habitation. People in the area have raised the issue in a number of forums, but the local authorities have not initiated any action, even though they know the perilous side of the whole illegality.

“Local officers and superiors in the government departments encourage this illegal business for their own benefit. If this were not true, how could this anti social business function uninterrupted. Various agents of different authorities are pillaging their pound of flesh from the sealing,” the NGO person said. 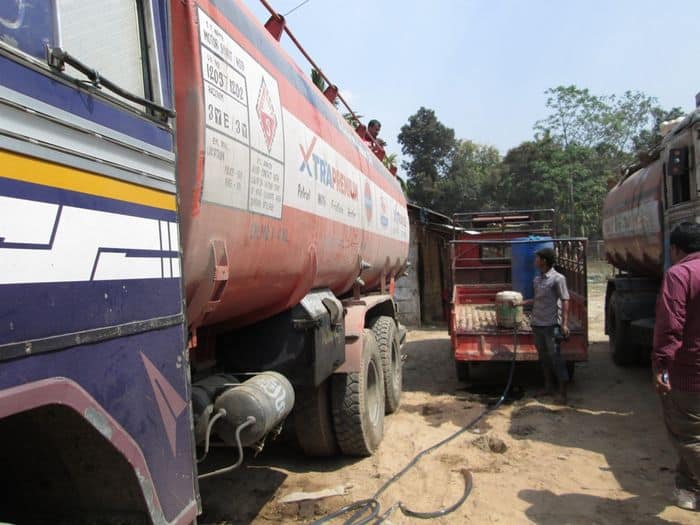 According to a local person living in the area, after extracting oil from the tankers, kerosene or diesel mixed with a particular biological solvent is decanted into the tanker to maintain the standard quantity and density of the oil contents of the tanker.

It is said that a group of brokers, mostly from Bokajan are functioning as go betweens on behalf of government officials and the oil smugglers.

On Monday last, Assam police, while patroling around the locality, seized 160 containers of petrol, diesel and kerosene from a hideout purportedly run by Sanjoy Sing and Satish Sing. Police also seized assorted appliances necessary for extracting oil from tankers. Both Sanjoy Sing and Satish Sing have been arrested, and a case ( no 78/14) has been registered against them under section 379,34 of Indian Penal Code (IPC). The two men have been remanded in police custody.