In the past few days, Pakistan’s army mounted a big military operation against Taliban activists in Peshawar, the capital of North West boundary state of Pakistan and its nearby Khyber region.

In this operation, near the Afghan border, Pakistan’s military used heavy weapons including tanks and air-attacks. America understands that this tribal territory of Pakistan is a secret and safe asylum for the Taliban extremists. This is the area where extremist tribal leader Baitullah Mahsood has a stronghold. It is taken that there is reasonable atmosphere in favour for the terrorists in this territory.

The stronghold of Baitullah Mahsood, in this area can be easily guessed when sometime back this Mahsood, with his big group of Taliban fighters captured hundreds of armed Pakistan soldiers with their conveyances. He is the same wanted Mahsood who is wanted in many cases of murder and kidnapping. 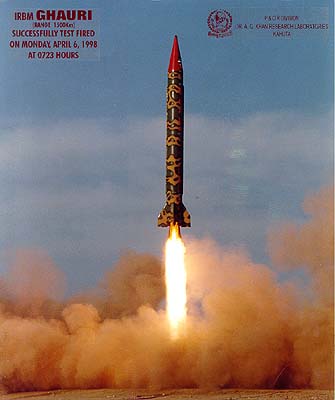 There is also a suspicion that he was a co-conspirator in the plot to kill former Prime Minister of Pakistan Benazir Bhutto. In the past few days, media unveiled the horrible face of Taliban terrorism. The extremists gathered thousands of people on the Pak-Afghan border. Then in daylight, two persons with tied hands and feet and covered faces were presented there. The terrorists told the gathering that these two persons are Afghan citizens. They showed the courage to spy for America and to send secret information about the tribal area to America.

After that, dozens of terrorists shot at them to spread fear among the people present. This horrific spectacle, before so many spectators, shows the power of the Taliban and the extremists is increasing. In Afghanistan, President Hamid Karzai has been targeted but fortunately he escaped. A minister in Afghanistan has been killed. Benazir Bhutto was killed by the terrorists. Both Parvez Musharraf and Nawaz Sharif have faced dangerous attacks. These incidents are proof of the work of these daredevils.

Obviously, the extremists are encouraged to the extent that they don’t even care about the high level of security. It was clear from the Operation Red Mosque in Pakistan that the terrorists don’t hide behind the hills or in caves but they have entered the cities and taken shelter, with their modern, dangerous and very sophisticated weapons, in pious places like the Red Mosque.

The Kanoop Nuclear Reactor is 125 MW. There is also one more – Khushab Reactor, a 50 to 70 MW that fulfils the needs of the Pakistan army, a Plutonium based Reactor. It doesn’t come under the purview of International Atomic Energy Agency (IAEA). The Khushab Nuclear Reactor where there was a powerful blast in the first week of April this year and as a result of that, two persons were killed. The reactor in Punjab State has the capacity to produce nuclear arms. Khushab Nuclear Reactor runs with heavy water and is known to kave the capacity to produce Plutonium for the manufacture of Nuclear Bombs.

America is look at the Khushab Nuclear Reactor. The American Institute for Science & International Security is of the view that the Khushab Nuclear Reactor is a very sensitive reactor that has the capacity to produce Plutonium. According to this institution, Khushab Reactor can generate the mass of Plutonium required to produce 30 to 50 nuclear arms every year. This American institution keeps an eye on the nuclear programmes of many countries throughout the world.

This institution has published a report on the nuclear activities of Iran, North Korea and India. Pakistan doesn’t reject the report issued by the institute for Science & International Security but it says that the American Institute has exaggerated the facts.

It is a matter of worry that Pakistan is not only becoming a shelter place for the terrorists but the political circumstances are also providing strength to these extreme powers, also Parvez Musharraf, who dared to stand face to face against the extremists and terrorists is feeling helpless and trying to save his position as President. On the other side, the extreme powers that are Musharraf’s opponents are trying to harm him.

If a tough general like Musharraf wasn’t supported against the terrorists and his every action against terrorism was obstructed then how can the present supporters of democracy check the increasing interference of the Taliban thought and the terrorists?

It is natural to worry about the control of nuclear reactors situated in Pakistan, despite the Pakistan army saying that all Pakistani reactors are safe and under its complete control. But the people of the world can’t ignore the fact that extremist fighters kidnapped hundreds of Pak soldiers and kept them under detention. Such incidents may be called the increasing courage of the extremists or decreasing will of the Pak army. But both these circumstances are such that Pakistani atomic reactors are not considered safe.