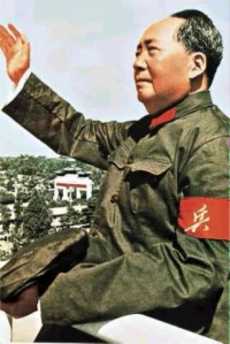 What do the Maoists stand for?

Since my article on Leadership was published, I have received many emails from around the world endorsing the view that visionary leadership is sadly lacking at a time when the country most needs it. Some of the correspondents just did not know what the SPA-M groups “stood for” or what future they promised for Nepal. This was part of my central point about working on an interim constitution while the country is wracked with fuel shortages, power supply cuts and much more.

Therefore, I decided to try to understand what Maoism is all about at least and to unravel where Prachanda and his team would take Nepal. I began by just thinking about Chairman Mao, the founder of this movement and what I had learned about him. Simple words like collectivism, the red book, peasant army, the long march and so on came to mind. Not very helpful, so I began a more detailed study.

First the man, Mao Tse Tung, it seems had a selfish ego related personal philosophy, “I do not agree that to be moral the motive of one’s actions has to be benefiting others. People like me only have a duty to ourselves; we have no duty to other people.” Absolute selfishness lay at the heart of Mao’s outlook. In addition, when it came to the question of how to change China he said, “The country must first be destroyed, then reformed.”

Being a believer in communism Mao was obviously influenced at that time by Lenin, then later by Stalin, eventually being paid by them to turn China into a communist state. He gradually built his own “army” to challenge the Nationalists, initially on a small scale in various provinces where he encouraged the breakdown of social order. Their motto was “anyone who has land is a tyrant and all gentry are bad.” In the same way, Mao loathed the convention of voting as once in his early years he had been voted out of a party position. Therefore, he labeled voting as “ultra-democracy” and abolished the practice! In addition, religious organisations were branded as reactionary and suppressed, and all non-communist press was banned. These were the two things Mao feared the most, religion and the press. He did not understand the strong faith held by people within a religion and he feared the communication power of a free press.

During Mao’s rise to power and his rule it is estimated that 70 million Chinese died, some from executions, many from starvation as Mao only allowed 210kg of rice per person each year to live on. What happened to the rest of China’s grain under his rule? It was sold to Russia in exchange for help in building nuclear weapons! So let’s be clear about this; Mao and Maoism is responsible for more innocent deaths than Hitler, Stalin, and all the presidents of the USA added together!

Having gone through this sickening study, I tried to find something written by the current Maoists in Nepal. After all, if you name your party after one man and his movement you surely must have something in common with him. I found an article written by Dr Baburam Bhattarai on the web. It took me a long time to read it as it was entirely couched in the rhetorical language of the 1920’s Marxists; here is an extract:

Firstly, it should be acknowledged that struggle between social classes provides the basic motive forces of societal development. The present Nepalese society in a semi-feudal and semi-colonial stage is a multi-class society, and the principal struggle there is among the feudal, the bourgeois and the proletarian classes. All the three principle contending classes have their allies, too. The traditionally dominant feudal class has the comprador and bureaucratic bourgeoisie with it; the small and weak bourgeois class has a section of the rural and urban petty-bourgeois class with it; and the proletariat has the vast number of poor peasants and semi-proletariat with it. This basically triangular class contention is increasingly turning into a bi-polar contention after the initiation and development of revolutionary People’s War under the leadership of the proletariat since 1996. In other words, according to the law of class struggle and social development , the parasitic reactionary classes are polarised on one side under the leadership of the most capable and strong class among themselves, and on the other side are rallied the working and the progressive classes under the leadership of the most advanced class, the proletariat. As the monarchy representing the feudal and comprador and bureaucratic bourgeois classes is historically the strongest representative of the reactionary classes in Nepal, the parasitic classes most adversely affected by the revolutionary People’s War have been increasingly rallying under the leadership of the monarchy. This is the rationale and essence of the current royal regression or the restoration of autocratic monarchy in the social class terms. The regressive march of the reactionary classes in opposition to the progressive march of the working classes is perfectly in keeping with the dialectical law of social development.

Now, I am a well-educated man with English as his first language, and I do not understand most of this. Surely, a group of people wanting to develop Nepal and her people would do better than this! Why not say something about how you will provide education, care for the sick, alleviate poverty, distribute resources better especially water/electricity/food? In fact, WHAT IS the Maoist manifesto? How can anyone decide whether to vote for them or not when you do not know what are the Maoist policies?

In the absence of such a manifesto we are left with the obvious conclusion that the Maoists follow the way of Mao Tse Tung, where religion and the press are feared, where thuggery, intimidation and violence are seen as legitimate tools, where voting will be abolished, where declaring the country a federal republic is a selfish action, where carrying a gun into parliament is a prime example of the arrogant process of ruling by fear. Why else name your party after the man in history responsible for the greatest act of genocidal brutality ever seen?