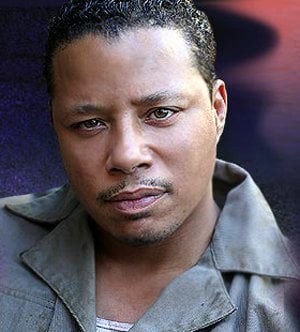 Ever since Terrence Howard landed an Oscar nomination for Hustle & Flow, he is no longer Hollywood’s best kept secret Even though he’d delivered perhaps as powerful performances in such films as Crash, Lackawanna Blues, The Best Man, and Hart’s War, the talented thespian finally now seems poised to exploit his still untapped potential.

For he already has his next nine movies lined up, starting with August Rush, a fairy tale co-starring Robin Williams and Freddie Highmore. Next comes Awake, a thriller with Jessica Alba and Hayden Christiansen. Later this year, he’ll appear in Spring Break in Bosnia, no, not a teensploitation flick about Slav girls gone wild, but a political potboiler about a mission to bring a war criminal to justice.

Also on Terrence’s plate is an outing opposite Gabrielle Union in a romantic comedy called Perfect Christmas, a Jungle Fever adventure with Jodie Foster entitled The Brave One, and The Crusaders, a bio-pic where he’ll play the late Supreme Court Justice Thurgood Marshall. 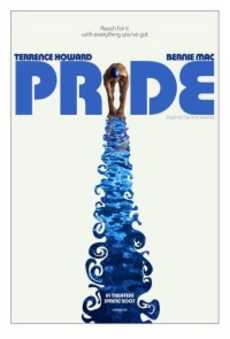 Finally, he’s already signed to make a trio of films in 2008: Factor X, a crime saga about the recently-cracked case of the BTK killer; Iron Man, a screen adaptation of the Marvel Comics Series; and Luke Cage, another superhero fantasy, this about a wrongfully-convicted man who develops special powers, escapes, and turns into an avenging mercenary.

Here, Howard talks about his current offering, Pride, where he plays Jim Ellis, a real-life role model who founded a swim team in a disadvantaged neighborhood in Philadelphia back in 1971.

KW: What did you enjoy about making this movie?

TH: Being able to play a man who has been so instrumental in creating strong young men, black and white, and in fusing a community with a sense of pride and determination and the resilience that we needed to have. Also, learning how to swim… getting to kiss Kimberly Elise… playing with Bernie Mac… and then, ultimately, meeting young Evan Ross, who is probably just one of the most gifted young actors that I’ve seen in a long, long time.

KW: Tell me a little about your character, Jim Ellis.

TH: He cleans up the pool for himself to swim in, but when the center with the basketball courts gets closed down, he invites the kids, because that was their only refuge, basically. And he raises one of them who thinks he’s a good swimmer. As a result, the others are inspired to learn how to swim, and then life takes its natural progression.

KW: How did your co-stars take to the water in training to swim for this film?

TH: Because they had not been exposed to it, the kids’ natural reaction was like when somebody put sushi in front of me for the first time. I looked at them like they were offending me. And the kids, looking at this water, saw it as something you played in, not something you grew in and that you trained in. But to see someone conquer the water, the way that Jim taught me to swim, that captured their imagination about what they could accomplish. And they came along, and they’re really great swimmers now.

KW: How were you affected, emotionally, during the shoot by the relationship your character had with the members of the swim team?

TH: Jim refers to them as his children, as his kids. And there were so many scenes where I was trying not to tear up or trying not to cry in, but I couldn’t help but cross that boundary between professionalism and my personal life because I could see in these kids’ eyes the reflection of my own children, and wanting them so badly to accomplish everything that they wanted to accomplish.

KW: Sounds like you had some meaningful exchanges on the set.

TH: They all stood with me at times that I really thought that I would be standing by myself. And we championed each other’s causes, and were encouraging to each other. They inspired me to bring that childlike exuberance back into my work, while I shared with them the experience that I’ve learned over 20 years in the business. And Bernie played the role of mentor, and Kimberly brought the role of heart to all of this. So, it’s been really beautiful.

KW: So, how well did you swim prior to training for this role?

TH: Before the movie, my experience swimming was, I could get across the pool. I had swum two miles off the coast of the Cayman Islands and back. But I now realize I could have done it with greater ease, had I known the proper technique. It’s like learning how to lace up your shoes before running a marathon. You could actually get a lot further. I had been swimming my whole life with unlaced shoes, and I finally learned how to properly tie my shoes.

KW: How was it working with Bernie Mac?

TH: With Bernie, you want to laugh, but there are so many hidden truths in his words, that you try to listen attentively to him. He’s big on encouragement. You always see him in these comical circumstances as an actor. But he does very little comedy here. He takes his role as a chieftain in the community and tribe very seriously, and forces us to take it seriously. So, I think the audience will see something very new from Bernie.

KW: How about Kimberly Elise?

TH: She’s the one actress that’s made me nervous in the last ten years, because she is so present. And she has such an assortment of gifts to bring. She can do it this way, that way, backwards, upside-down, or flipside-over. And do it with grace and ease. That’s hard to find. It’s hard to keep eye contact with her, because you kind of get lost in her beauty and her power.

KW: What’d you think of your young co-star, Evan Ross?

TH: Evan is Diana Ross’ son. I’ve said that I was looking for a protege. And I’ve seen in him abilities and talents greater than I’ve ever seen in myself or in almost any other young actor. He’s naturally equipped with all of his mother’s gifts. I would like to see him win an Academy Award one day because he is truly gifted.

KW: How did you like the choice of a South African director to tell this tale?

TH: Sunu [Gonera] really was the perfect director for this film coming from Apartheid, and the circumstances which he grew up in. He’s telling the story from an African state of being, an earthly place, where it’s completely relevant to everybody in the entire world. So, I trust him. I trust his integrity.