US Secretary of State Hillary Clinton currently on a visit to India was particularly harsh on the role of Pakistanis in the terror network. Without mincing words, she said that Pakistan houses a syndicate of terror with LeT, JeM, JuD and other terrorist groups operating nonchalantly from Pakistani soil.

They have caused untold misery to people through their terror attacks particularly on India. She asked Pakistan’s authorities to bring to justice all the perpetrators of the attack on Mumbai, in which innocent people were killed and several hundred were wounded, besides the destruction of property. It was sad that Hafiz Saeed, whose role in the terror network is no secret, was let off by the Lahore High Court, while the Pakistani authorities were just looking the other way. 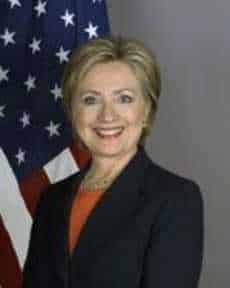 What could not be more unfortunate than the Pakistani government playing a prank to let the terrorist chief off the hook, while it kept on assuring India of its resolve to bring to justice all those responsible for the dastardly attack on Mumbai following 26/11. India will not believe Pakistan until it matches words with deeds. This was clearly told to Hillary Clinton.

There was too much noise raised by BJP and other opposition parties in India following the joint statement issued by both Prime Ministers of India and Pakistan at Sharm el Sheikh recently on the sidelines of the Egypt summit. There was too much reading between the lines from the joint statement. It was nothing but a reiteration that India’s stand on the resumption of composite dialogue with Pakistan was possible only when all the perpetrators of the Mumbai attack were brought to justice.

The only other reference was that the foreign secretaries of both countries would meet as often as possible to review the progress of the action taken by Pakistani authorities in this regard and other areas of concern. It was therefore wrong to accuse Dr. Singh of diluting India’s stand on terror or on resumption of composite dialogues. It was, however, to the great credit of the Prime Minister, Dr. Manmohan Singh, that there was no reference to ‘Kashmir’ during the talks at Sharm el Sheikh. It was certainly a deviation from the age-old stand of the Pakistanis.

Earlier during his meeting with President Zardari in Russia on the sidelines of the summit, Dr. Singh bluntly told Zardari, much to his discomfort that he has to take credible action against the perpetrators of the terror attack on Mumbai to resume the much talked-about dialogues that were stopped following the 26/11 attack.

Dr. Singh had also made it clear that India would not resume talks with Pakistan until all the conditions were met. The concern raised by BJP and other Opposition parties that there was an attempt to dilute India’s stand on various issues lacks credibility. All the newspapers and political commentators hailed Dr.Singh for his statemanship shown during the talks with Pakistani Premier Hassan Raza Gilani. There is therefore no need to suppect the intentions of Dr. Singh on the issue. He was as firm on the principles as anybody in the country.

Hillary Clinton in the meantime touring India, is making many statements on the Pakistani terror network. At the same time, she has all praise for Pakistan for taking credible action against the terror network. The age-old sympathy with the US ally is reiterated every now and then. That the US has all sympathy with Pakistan over the terror attakc on it and its people is no secret. What should be viewed here is whether Hillary Clinton is playing to the gallery while in India, when she called Pakistan houses a syndicate of terror networks just to satisfy Indian leadership, or is she expressing a genuine concern over the situation prevailing in Pakistan?

But one thing is clear, the US has recognized the fact that India, as a growing economy and a leader in the Asian continent, would be its best strategic partner in its global fight against terror. The US and India have common economic interests and more participation with India is in the offing. India on the other hand, should take forward its growing relations with US to isolate Pakistan. This is important to tilt the balance to counter China also.

All said and done, Dr. Manmohan Singh is emerging as a very important leader in the world. What he needs most is support in his own country without making much fuss about the joint statement issued by both the Pakistani Premier and himself for tackling terror. Oppostion parties in India should behave responibly and strengthen the hand of our Prime Minister.