India has been bearing the blow of terrorism for the last two decades. Again it came under terrorists attack when two commercial centres of India, Bangalore & Ahmedabad were disturbed because of serial bomb blasts by the terrorists. Bangalore is a famous city in Karnataka state of India.

It is the capital of the state & is also one of the leading science cities of the world. It has also been disturbed two years earlier by the terrorists. Last week, the first day after the Bangalore was struck, the terrorists aimed at the Ahmedabad, a well known industrial city & the capital of Gujarat State. The terrorists did unexpected actions & proved daredevils in Ahmedabad. 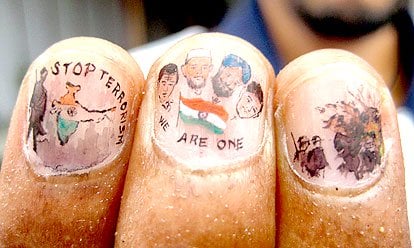 These enemies of humanity did 16 serial bomb blasts in Ahmedabad. More than 50 innocent people met death whereas more than 150 were injured. In Ahmedabad, the terrorists crossed all the limits of cruelty & inhumanity. These persons of devilish nature did a big blast in the Civil Hospital there at the time when the admitted injured were being treated. The social workers were also in great number there, at that time. There is news of death of 28 people in this accident. The social workers who were helping the injured also met their death along with the injured being treated & some other persons who were treating the injured.

After these blasts, once again a question has arisen before the people of India, what is the message that these terrorists, enemies of humanity want to give by killing innocent people? What is their motive? How long will it go on? In the last five years, the terrorists have done this hateful work by making blasts in the main temples, mosques, sacred places & even in burial places in India. These anti-humanitarians didn’t spare even the occasions of religious festivals. Now these terrorists who are perplexed because of the communal unity shown by Indians now have taken the commercial centres of the country under their aim.

The bomb blasts in Mumbai, Hyderabad, Jaipur, and Bangalore & Ahmedabad can be seen under this view. Surat is a famous city in Gujarat state & is famous for diamond industry & cloth production. After the Ahmedabad blasts, Surat was also tried to be disturbed. But the terrorists couldn’t succeed in their wicked motives. The failure of terrorists in Surat was mainly because of alertness & unity among the people of Surat.

For the last two decades, the terrorists are doing accidents for getting their motives of spreading tension in India & to bring instability & to create economic loss. Undoubtedly the Indian citizens are moved when such accidents happen. But just after understanding their motive of cruelty, they unite & make their motives unsuccessful. Now the question is- Will this cruelty go on in future? Will the innocent people, the aged persons & innocent children go on losing their lives because of these bomb blasts? When will this stop? This issue also needs deep consideration. 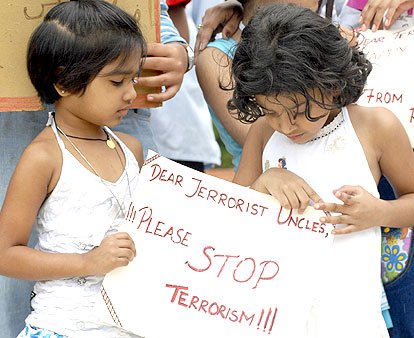 For it, the first need is of one voice & strong unity among the political parties of the country. The accusation & anti-accusation & political leg pulling may or may not benefit anybody, but the terrorists take benefit of it. Last days, after the blasts in Bangalore & Ahmedabad, a responsible leader of the Bhartiya Janta Party (BJP), Sushma Swaraj made an irresponsible statement & tried to put the blasts responsibility on ruling Congress.

In favour of her statement, she said that Congress has plotted there blasts in the BJP ruled states because of the so called dissatisfaction among the Muslims on account of the Indo !VUS nuclear deal. She has shown her irresponsible politics by the unripe statement. Such irresponsible statements encourage the terrorists. The leaders of all the parties should keep themselves away from such statements at the time of terrorist attacks. Although BJP has turned its head away from it by saying that it is her personal opinion not of the party. But in my opinion, the responsible leaders like her should keep themselves away from such statements on such sensitive issues & shouldn’t express the opinions that have ill feelings.

Now such steps should be taken that may be helpful in checking the attacks of the terrorists. For it, the attempt of Gujarat government is praise worthy & positive in which it has announced prize money of 5.1 million rupees to the person who will give definite information of terrorist network. The Central government should also prepare a permanent prize plan for the persons who give information of the terrorist network.

There should be an arrangement of keeping the name of the informer secret. Besides, the citizens of the country should learn alertness from the citizens of Surat. There should be training at district level for the citizens to keep them alert, vigilant & watchful. There should be active security committees of all the communities together at ward, colony, and street & town level. These should be equipped with the measures to train the society to save the people form the loss of life & property. The district administration, state governments & central government should provide full support to them.

Everybody is aware of the fact that the terrorists have no religion. The enemies of the humanity sell everything for money & kill the innocent people. To give them shelter is also a crime as it is to do such. So every Indian should keep a vigilant eye on suspects. The unknowns shouldn’t be given shelter only because of own caste, religion or language. Besides, the information of such persons should immediately be given to the police. We should keep in mind that the terrorists are increasing their actions day by day & are causing more dangerous activities. Any power that can save us from their wicked designs that is political, communal & social unity & alertness & watchfulness of all the countrymen.