The Karbis are one of the aborigine tribes of northeast India and are mainly concentrated in the two hill districts of Assam. Aalthough they them self identify them as Karbi, but in the list of sixth schedule tribes of Indian constitution they have been recognized as Mikir. However, the the origin of the word Mikir is not certain. But some some historians claims that probably the nontribal recognized the Karbi tribe as Mikir who resides in the hill areas surrounded by Naga hills, Jayantia hills and river Dhansiri.

It is yet to be established archeologically from where this particular tribe originated. Some claims that the Karbis originated from China and South East Asia which migrated to Assam. Hhowever from the physical features of the Karbis it can be ascertain that they fit in the larger Mongoloid race. Karbi dialect has clear similarity with Tibetan- Burma race which historians claim that they migrated to Assam from central Asia. It is believed that they are among the first human race to settle in the hills and plains of northeast India and specially in the present hill district of Assam in early part of 17th century. Origin of Karbi can be traced in the eastern part of Khasi and Jaintia hills of present Meghalaya state of India. Another sect of social scholars consider that Karbi tribes are the mixture of Khasi and Naga tribe of Northeast India.

Conflicting claim and counterclaims about this docile tribe’s origin can also be traced in their spoken history. Bisnu Prasad Rabha, cultural icon of Assam referred the Karbis as the discoverer of Assam who in fact find out this part of the globe. However counter claim maintains that Khasi tribes are the oldest Mongoloid settlers of this region also strongly persists with the claim of the Karbis. Karbi folklore mentions that they originated from a place call Hongpilar and from there to a place described as Lambejung, an area between present Diphu and Dimapur. Some Karbi still believes that they originated from the range of hills near present Kaziranga national park; a section of Karbi people still consider that they originated from the present Khasi hills of Meghalaya to lower altitude for various reason.

This region is the largest district of Assam and second largest of India with an geographical area of 10434 square kilometres. Being a sixth schedule area, the law and order of the district is looked after by district administration while all development aspects are totally controlled by the Karbi Anglong Autonomous Council. 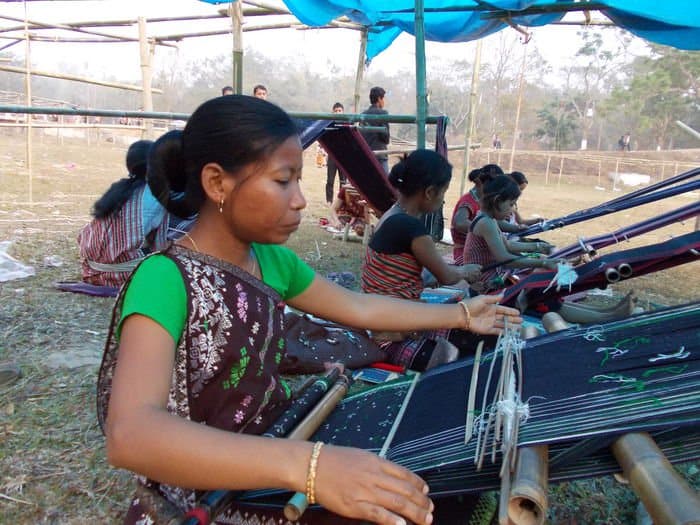 On 17th November 1951 this district came into being under the Constitutional provision made as per 6th Schedule of the charter, parts of Golaghat, Nagaon, Cachar. United Khasi Hills of undivided Assam was curved out to form the United Mikir and North Cachar Hills. In 1970 the N. C Hills was bifurcated to form another 6th Schedule district with large autonomy, to be exercised by the autonomous district councils. In 1970 the Mikir Hills district was renamed as Karbi Anglong. Later after a vigorous agitation government bestowed maximum autonomous power to the existing district council and up graded it to the level of Autonomous council. The demand for an Autonomous State ( a state within a state) is the dominant political issue of this tribal land now.

This centrally located autonomous region of Assam is divided into plains and hills while 70% of the western part (Hamren subdivision) is covered by hilly ranges. Diphu subdivision is mostly plains except the Singhason hill range covering large part of both Bokajan and Diphu. Large flat plains starting from Bokulia to Howraghat and Samalangso consists of excellent paddy fields. The Singhason hill range is the birth place of nearly nine perennial rivers of this district, prominent among them are Kopili, Nambor, Amreng, Deopani, Borpani, Kolioni, Patradisha, Dhansiri and Yamuna. 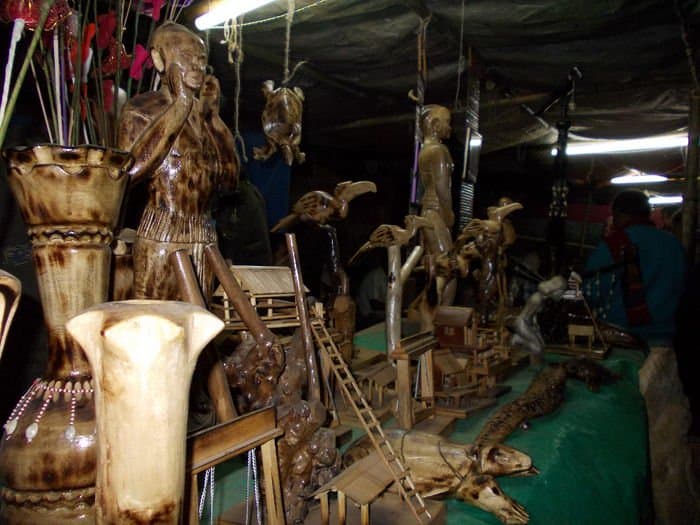 A number of these rivers are the source of water for the wildlife of Kaziranga national park. Around 65% of the land mass of this district is covered with topical forest. It is also a hot bed of biodiversity. Among the 6th scheduled tribes domiciled in this region, Karbis are the dominant tribe followed by Dimasa, Kuki, Tiwa, Hmar, Garo, Shyam, Rengma Naga, Chakma, Khasi Pnar etc. Among the non sixth scheduled tribes Bodo are the foremost followed by large number of Adavasi and Tea tribe. Non tribal population consists of Bihari, Bengali, Assamese, Muslim and other Hindi speaking communities.

Economy of this district is largely dependent of agriculture, livestock rearing, sericulture, horticulture and fisheries. Among cash crop rubber is dominating above all. Beside tea and some verity of aromatic plants and cultivation of spice is helping the local people to stabilize their primitive and fragile economy where average precipitate income is much less than the national average. This is the root cause of rise of militancy and political discontentment among the tribal population.

Karbi Anglong is the treasure house of rare flora and fauna mixed with the life and culture of the aborigine tribes whose cultural life pivots round forest and rivers dotting this hilly region of central Assam. Amreng, Umwang, Dikrupt, Kohora, Deopani, Singhason( 1600m altitude), Khanduli, Ronghang Rongbong are some of the best place to tour for seeing this tribal life of this district which was once ruled by democratically setup monarchy; infect traditional monarchs of the Karbi kingdom still rules the social life of this tribe to a great extent. With five wild life sanctuary and numbers of reserved forests Karbi Anglong house large verity of animal, reptile, birds and insects, hoolock gibbon, one horned rhinoceros and Royal Bangle tiger are some of the prized animals of Karbi Anglong’s forest.