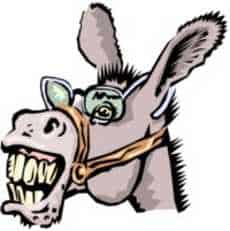 I recently wrote to your comrade, Prachanda, but unfortunately have not had any reply from him despite offering him the best of my advice. So, since he seems to be under a lot of pressure at the moment from the Madhesi and the businessmen of Kathmandu, I thought I’d write to you as the self-proclaimed intellectual leader of the Party.

First of all I write to express my concern for your leader who does seem to be making a lot of mistakes at the moment. He really doesn’t seem to know what to do about the Madhesi people and their demands and this is something he must get used to (people making demands) if he wishes to be a democratic political leader. Also his pronouncements about the weapons count by the UN seems misleading in the extreme, as well as his threats to “mobilise forces for attacks overnight if needed.” Of course his regular statements about “reactionary pro-monarchy” forces being behind the businessmen’s strike and the supposed threats to assassinate US embassy staff are sounding increasingly hysterical. Perhaps this is why many of my Nepali family and friends are beginning to call him a Murkha and a Gadha.

Second I write to draw your attention to two recent reports of incidents that concern me greatly. The first of these is a report in the Times Of India today about a delegation of Buddhist Lamas making representation to GP Koirala, your prime minister. These 38 Lamas have recently visited and surveyed a number of monasteries around the country and found that they are regularly receiving demands for money, crops and food by Maoists. I quote from the article: “They threatened us that they would take action if we did not listen to them,” an elderly lama said after the meeting. “We are forced to give them paddy and money.”

Surely Dr Bhattrai this is no way for a political party or it’s members to behave, unless you are following in Mao Tse Tung’s footsteps and his quote “Religion is poison.” Your intellectual and policy comments on this would be most welcome as I’m sure Comrade Gadha thinks these Lamas are reactionary pro-monarchy forces!

The other report I would appreciate your comments on concerns some recent appointments within your party. But before I quote from another report on these, about a month ago a very close source of mine was at a party in Kathmandu. You attended yourself, but only after your wife had been there for a while to “pave the way for your great presence.” During this time she openly spoke about how she and her sisters etc would get important and powerful jobs in the upcoming government and what she would do/act upon when she had the power. I have no comment on these conversations, yet. However, today I have seen a report which states the following: CPN (Maoist) Valley-in-charge Pawanman Shrestha (Prabhakiran) has been replaced by Hitman Shakya. Similarly, Hisila Yami, wife of Dr Baburam Bhattrai, has been appointed as the Deputy Valley-in-charge.

Once again Dr Bhattrai this seems rather hypocritical of a party that proclaims itself to be democratic. By making these appointments you send a clear signal to the Nepali people that corruption and nepotism is the new way forward just as it was the old way and that similar appointments will be made IF you ever get into government. Elections, achievement and ability will count for nought.

So, I look forward very much to receiving your reply, though I am not holding my breath during my wait.

Yours in comradeship, and do give my regards to comrade Gadha for a speedy recovery