Kramsa also charged the CEM of issuing a life threat to him through his personal goons. In a feat of rage he piled up charges against the CEM such as purchasing a luxury Audi car, accumulation of property more than his known source of income and leasing out of entry tax gate to a certain person against less tendered value etc. Augustine Kramsa declared that he will approach the CBI and other competent authority seeking justice. Kramsa also blamed the CEM’s RTI application pending in violation of the provision of the act. 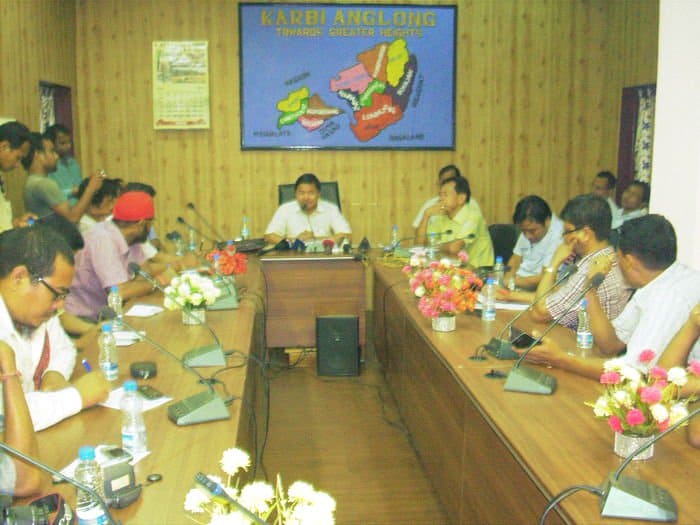 It was not possible to ask Tuliram Ronghang for his version on the allegation that day. However yesterday the CEM agreed to explain his side before the press at his official residence.

Rongpi claimed before the media in a press conference arranged at Roof Top cafe that the CEM has misappropriated Government of India’s funds amounting to INR 180 crore from Irrigation department by awarding works orders for large schemes against a suspicious person’s name and in the process has used the money without implementing any genuine scheme.

Rongpi demanded a CBI enquiry to probe his claim of financial embezzlement by the CEM in the vein of Augustine Kramsa. 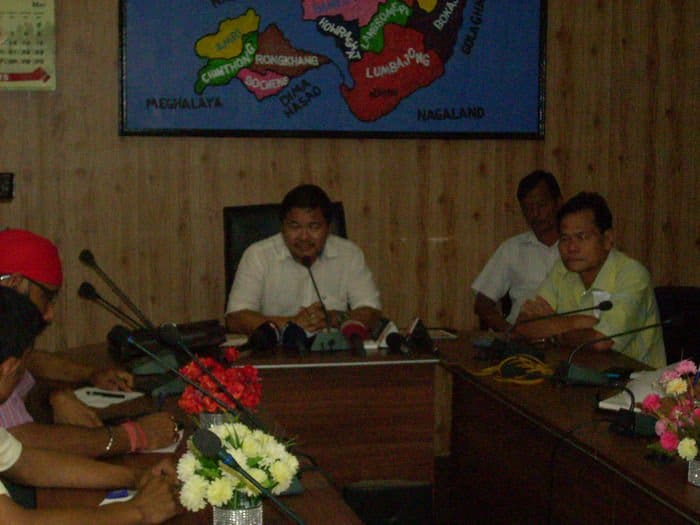 In the evening yesterday, the flamboyant Tuliram Ronghang began by rebuffing all charges and claims issued by both Mohon Rongpi and Augustine Kramsa. Inside the full-to-capacity conference room, the CEM retorted with all guns blazing.

Aided by Irrigation department officials and Secretary of the Taxation department, he told the media that Rongpi’s claim is far from authentic. The CEM said the entire fund received from GOI against Irrigation department since March last has not been expended because of certain official necessity and until now, INR 200 crore has been kept deposited in a joint account of the KAAC and effective only under the joint signature of senior Finance and Accounts Officer and Principal Secretary of KAAC. 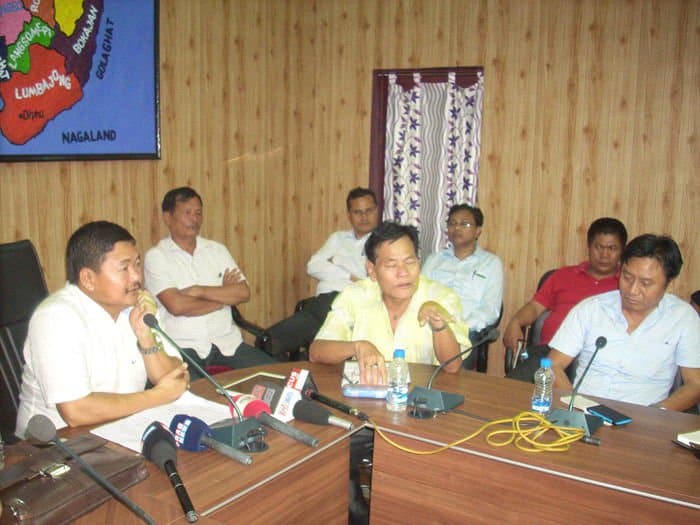 The CEM and departmental officers produced a bank statement and official release in this matter before the media. After negating Rongpi’s claim, the CEM produced a long catalogue of payment details received by Mohon Rongpi from Irrigation department as a contractor over the last couple of years.

Tuliram Ronghang announced that prior to his tenure as CEM, Mohon Rongpi annexed large amounts of money from the department under unconvincing conditions, also filed a case in the High Court against the previous CEM of KAAC, Joy Ram Engleng, but now everything will be reviewed and appropriate steps will be initiated. 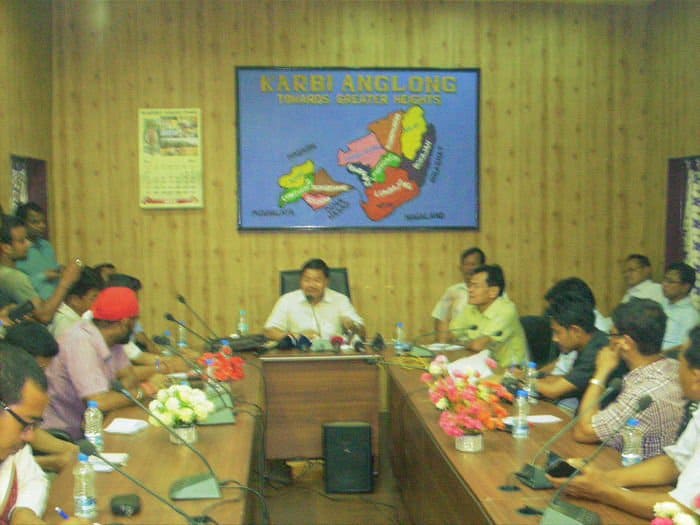 “I have not convened this meeting to rebut the allegations of Augustine Kramsa but I like to inform you all that one Edward Kramsa filed tender for obtaining concession of entry tax gate but in his tender bid he didn’t enclose the VAT certificate and the land valuation certificate, although his bid was highest but due to irregularity in requisite documents the next bidder was awarded the work, Kramsa filed a case in Guwahati High Court against the KAAC against this but the Court rejected his claim,” Tuliram Ronghang said.

Although there may be more indictments or counter allegations to come, but at the time of filing this report, no further development has taken place.