We heard quite a lot about “The Iran nuclear deal” and pros and cons of the Iran nuclear deal, but what we don’t hear about is that Iran is facing deep internal strife. There were mass protests in Southwest Iran (Ahwaz region). The Iranian regime’s discriminatory policies, racism, poverty and diseases from pollution in the region angered Arabs in Ahwaz. Soon, regime change in Iran will be from within.

Different nations within Iran (Arabs, Kurds, Baluchis and Turks) stood up with Ahwazi Arabs to resist the Iranian dictatorship. There were reports that the recent protests were due to economic issues, but the fact is economic issues were a small part of the truth behind the recent uprising.

From human rights abuses such as activists short/long terms disappearance, killing activists under torture, stealing Ahwazi resources, Extreme poverty, deliberate displacement of Ahwazi people from their homes to language bans. These are some of the real reasons Ahwazi Arabs stood up against the Iranian murderous regime.

Ahwazi Arabs have been systematically deprived of decent living and civil rights for more than 93 years. This is even though Al-Ahwaz region is one of the most oil-rich areas in the world, and one of the least developed cities in Iran and the world. 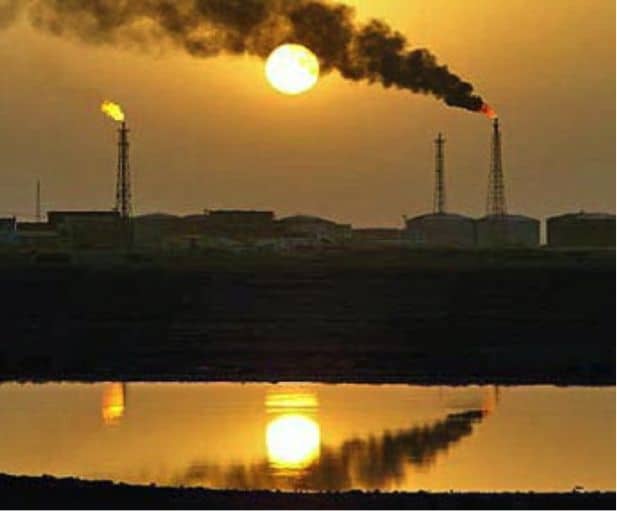 The Iranian regime has been exporting 5 million barrels a day for decades now for the internal and international market. That made up 82% of the Iranian national income according to Iranian economic exports.

International organizations such as United Nations Development Program and Amnesty International validated and support Ahwazi cases. Even though all people should have the right of self-determination, Ahwazis are forbidden from such basic human rights.

The uprising began on the 28th of March when the Iranian regime continued to deny the existence of the Ahwazi Arabs. It was triggered by an advertisement on pro-Iranian national Media where a child placed dolls wearing traditional dress on “Iran’s map” to represent each ethnic group within current Iran. They deliberately omitted placing a doll to represent the Ahwazi Arabs. Thus, denying our existence.

Ahwazi Arabs chanted slogans like “with our blood, with our soul, we will sacrifice for Al-Ahwaz!”

The Ahwaz region is historically known as Arabistan. This means: land of Arabs. It was independent of Iran with more than 10 million Arabs in Al-Ahwaz until it was annexed and occupied by Reza Pahlavi, Shah of Iran in 1925.

After overthrowing and murdering the last Arab ruler of Ahwaz, Sheikh Khazal Alkabby, the new Iranian regime-initiated programs and policies of Persianization. This included enforcing Persian, or Farsi, as the official language and banning the teaching of Arabic in the schools in the region. The region was also renamed from its historic name Arabistan to Khuzestan, in an attempt to strip the identity of many Ahwazis.

Ahwazi Arabs are mostly Shiite because of their long history under Iranian occupation and influenced Ahwazis’ religion. Some of them converted back to Sunni in recent years.

Many Ahwazis ran away to Iraq during the Iran-Iraq war which started on 22nd of September 1980. Saddam Hussein, the leader of Iraq at that time, tried to annex Al-Ahwaz. In 2003, the United States raided Iraq which turned the government from Sunni to Shiite, that gave Iran the chance to imprison, persecute and execute those people who were seeking asylum in Iraq.

In November 2017, Iran’s Islamic Revolutionary Guards assassinated Ahmad Mola the leader of the Arab Struggle Movement for the Liberation of Al-Ahwaz.

Other nations within Iran are in the same predicament where they are suffering and going through the same issues.

Many people are unhappy with Trump cancelling the Iran nuclear deal. Non-Persian people in Iran are happy to see the oppressor is weak and are ready to overthrow the oppressor.