Let me inform you that the Iranian embassy in Baghdad, fully supported by the office of Iraqi Prime Minister, has outlined a new plot to be carried out by its known agents, who have been organizing and leading Tehran’s measures against the residents of camp Ashraf in Iraq.

Ali Zuhairi, UdayKhedran and Nafe Isa, notorious agents of the Iranian regime and principal elements operating against Ashraf residents, are planning a meeting aimed at preparing the ground for another massacre in camp Ashraf. Based on intelligence obtained from sources inside Iran, the above-mentioned figures will host a meeting at the Communication Supervision Hall in city of Khalis in Dyala province on Tuesday October 25. Organized by the Iranian embassy in Iraq, the meeting is part of a broader smear campaign against Ashraf residents. Similar exhibitions targeting Ashraf residents, organized by the terrorist Quds Force in the Dyala province before in quit several times, were run by aforesaid figures. I have already informed you of some of these cases.

The Secretariat of the National Council of Resistance of Iran (NCRI)in its statement No. 145 dated October 7th on ‘Camp Ashraf occupation’ announced “The Iranian regime has obligated the Iraqi Prime Minister to drag al-Iraqiya state TV, like governmental radios and TVs in Iran, into the slander campaign against the PMOI and Ashraf”. Some other media associated with the Iranian regime have also been invited to air news coverage of the planned meeting on Tuesday.

Furthermore, Mrs. Rajavi, Iranian resistance elected president in her statement No. 149 issued by the Secretariat of NCRI in Paris, warned that “According to reports from inside the clerical regimes’ Revolution Guards Corps, Iraqi forces under the command of Nouri Al-Maliki are completing a plan and preparing for a new attack against Ashraf to trigger a new bloodbath. They have also completed their training for the assault.”

Such provocative measures against Ashraf residents come at a time, as we approach the withdrawal timetable of U.S. forces from Iraq as well as NouriAl-Maliki’s deadline for closure of camp Ashraf by the end of the year. The Iraqi government is obstructing the process by the UNHCR to confirm the refugee status of Ashraf residents and is persistent on its deadline.

I would like to draw your awareness on plots of the kind by the Iranian regime in utilizing the media to prepare the ground for massacre of defenseless residents in camp Ashraf.

Media affiliated with the Iranian regime such as ‘Al-Alam TV’ and ‘Al-Furat TV’ etc. had previously been attending similar meetings and prepared reports against Ashraf.

Statement of support by Iraqi political figures for a solution of Ashraf crisis is enclosed. 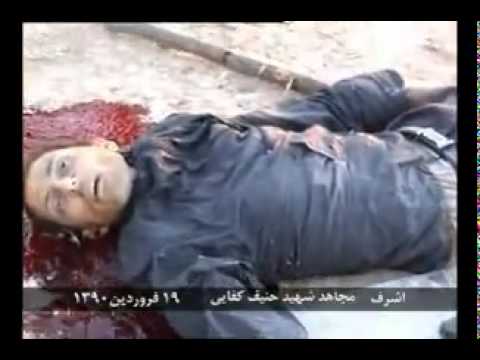