Whilst the death of 13 US soldiers is real and terrifying, we must be careful not to jump to conclusions about the motives of the killer, Major Nidal Malik Hasan.

Let’s be honest, there are millions of people (especially in the US) who would be much more comfortable with the idea that Major Hasan is a terrorist, rather than consider that his actions may have been the result of some form of breakdown.

Major Hasan is in a coma at the moment, so we cannot question him about the incident. And even if he does recover (which is far from certain), will anyone (except the authorities) have an opportunity to obtain his version of events? 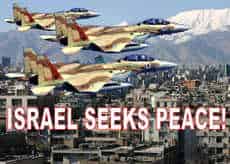 Perhaps we should examine the situation so far. We have seen a video of Hasan, taken a very short time before the shooting, which shows him smiling and quite relaxed. What could have possibly happened later to trigger such a violent reaction?

According to one News site in the UK (the Telegraph), they discovered that Hasan “worshipped at a mosque led by a radical imam said to be a “spiritual adviser” to three of the hijackers who attacked America on Sept 11, 2001″

Their article continues by pointing out that Hasan was “Born in America to a Palestinian family….But he turned into an angry critic of the wars America was waging in Iraq and Afghanistan and had tried in vain to negotiate his discharge”

Depending on your own personal views, the information can be taken in a number of ways. Some will automatically assume that if Hasan attended a mosque led by an alleged al-Qaeda supporter, he must be a terrorist. And if his parents are Palestinians, Hamas will spring to mind and again the image of “terrorist” will appear.

For a person who hates Muslims, believes “al-Qaeda” is the only terrorist group on the planet, supports Israel and sees Palestinians as the biggest obstacle to peace, this article will be exactly what they want to hear.

In fairness to the Telegraph article, they did concede that news of Hasan’s deployment in Afghanistan (later this year) could have been a reason why he “snapped.” Apparently, he “told relatives that he was horrified at the prospect of a deployment to Afghanistan.his first time in a combat zone”

There are many experienced soldiers who are equally horrified about serving in places like Afghanistan (and Iraq), which accounts for many soldiers going AWOL or committing suicide. How many of us would actually look forward to being sent out to a war zone where so many have been killed already, especially as the war has little public support and people are questioning the real purpose for being there.

From the information available so far, it would seem that Major Hasan’s personal views conflicted with his role, hence his desire to leave the military. On receiving news that he would be posted to Afghanistan, the pressure became too much and he “snapped.”

This seems a reasonable explanation, but obviously we can only speculate at this moment in time. Whilst not everyone would react in the way that Hasan did, sadly some do in situations like this.

What I find puzzling is how the Telegraph can obtain so much information about this man’s history (in such a short period of time), but something the US Military were unaware of?

If the US Military did have this information, why did they refuse to let him leave and risk having someone like that in such a large Military base? Why, only now, are some people suggesting that he has potential terrorist connections?

Could it be that this terrible incident is being used to promote the “War on Terror” and increase the public’s hatred for Islam and perhaps Palestine?

In the last 7 days we have seen Israel board a ship off Cyprus, discovering what we are told is an arms shipment from Iran to Hezbollah (and maybe Hamas). Then there was a report of another video from Osama bin Laden (an old one), and now this.

Israel have responded to all of this by declaring that they are serious about attacking Iran and the Israeli Military have been involved in high level talks about taking action. The authorities have even stepped up training for the civilian population, so that they can prepare for the response that Iran is certain to take.

As we know only too well, Israel has taken action like this before, but Iran is a much more difficult target (because of the distance). Israel assumes that their superior Air Force will be able to simply fly in and destroy the “nuclear” targets and fly home victorious. Unfortunately, the targets are deep underground and Iran has already acquired a defensive missile system (from the Russians) that will probably take down the Israeli planes before they get to the targets.

However, the attack on Iran is still likely to go ahead (very soon), despite the terrible consequences to both, and that is why public support is being gathered. Exactly the same tactics were used for the wars in Iraq and Afghanistan, yet people are still falling for the same old tricks.

According to reports, Hasan was heard shouting “Allahu Akhbar” (“God is great”) and “had earlier given away copies of the Koran to neighbours.”

If you study the reports of most “terrorist” attacks in the past (US and Britain), quite often the words “Allahu Akhbar” are quoted and the Koran is mentioned. Sometimes the Koran is found in a suspect’s car (why would they leave it there?), or discovered at a nightclub with a business card (would anyone be that careless?). Can all of this be a coincidence, or is someone making sure the public develop their hatred in a required direction by leaving such an obvious trail?

Hopefully, the public will not allow themselves to be manipulated in such a way (as they have been in the past) and keep a more open mind when they hear mention of al-Qaeda, terrorists and Koran’s. Things are very rarely what they seem nowadays.