On Veteran’s Day this year, Big Brothers Big Sisters’ launches expanded mentoring and support services for military men and women, veterans, reservists and their families. In the lead will be a U.S. Air Force Staff Sergeant and his 16-year old “Little.”

IN this case, the Big and the Little are Staff Sergeant Francisco Hernandez, and eight year-old Raul, Francisco’s Little Brother. With them at George Washington University will be Michelle Obama, Dr. Jill Biden, Alma Powell and other Washington dignitaries.

At the university’s Veteran’s Day ServiceNation program, they will share their story, along with many others. This year, the inaugural MISSION SERVE: Forging a Continuum of Service, kicks off.

A network of 36 initiatives is starting up, in which civilian and military service organizations partner up to do good. The civilian organizations include Big Brothers Big Sisters. The aim is to meet the critical needs of our troops, military families and veterans.

“Through our Military Mentoring program, Raul’s mother says she has seen improvement in her son’s school performance and self esteem. With Big Brothers Big Sisters’ track record of helping vulnerable kids succeed, our military partnerships have enormous long-term implications for so many kids like Raul and communities across the nation,” said Karen Mathis, president and Chief Executive Officer, Big Brothers Big Sisters of America, a donor-based network that carefully matches and supports volunteer “Bigs,” “Littles,” and families.

“We are committed to giving children of military families every chance to succeed, while providing meaningful civilian volunteer opportunities for military men and women, reservists and veterans.” – Karen Mathis

GIVE AN HOUR: A number of Big Brothers Big Sisters agencies will partner with Give an Hour, a nationwide network of mental health providers who offer at least an hour a week of their time – unpaid – to our troops, veterans, and their families. Working with a Give an Hour mental health coordinator, agencies may offer presentations and discussions with staff, matches and/or families as well as mental health consultations and expertise.

STUDENT VETERANS OF AMERICA: Agencies will partner with Student Veterans of America, a network of more than 200 college-based chapters of student-veterans, which will provide an excellent pipeline of potential mentors. 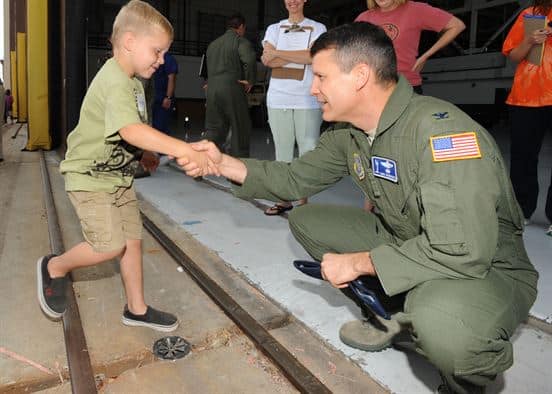 Urgent Need for Tanks in Ukraine Abrams vs Leopard vs Challenger