Shortly after the success of the 1979 Islamic Revolution, Iran sought to export its brand of revolution through the Arab Gulf states as well as Lebanon, and Iraq (after Iraq attacked it in 1980) and Yemen, and Syria. During the last four decades, Iran has defied not just America, but also the UN Security Council on the nuclear issue. Iran is also supporting various proxy groups in Iraq, Hezbollah, Hamas, Houthis, and even the Taliban.

Recently the Iranian regime has coordinated missile and drone attack on Saudi Arabia’s oil installations. Subsequent to the attack, the Supreme Leader Ali Khamenei rejected any negotiations at any level with the United States unless “America repented.”

The attack on a neighboring country’s oil installations is a major step and a new phase in the warmongering aggression of Iran. 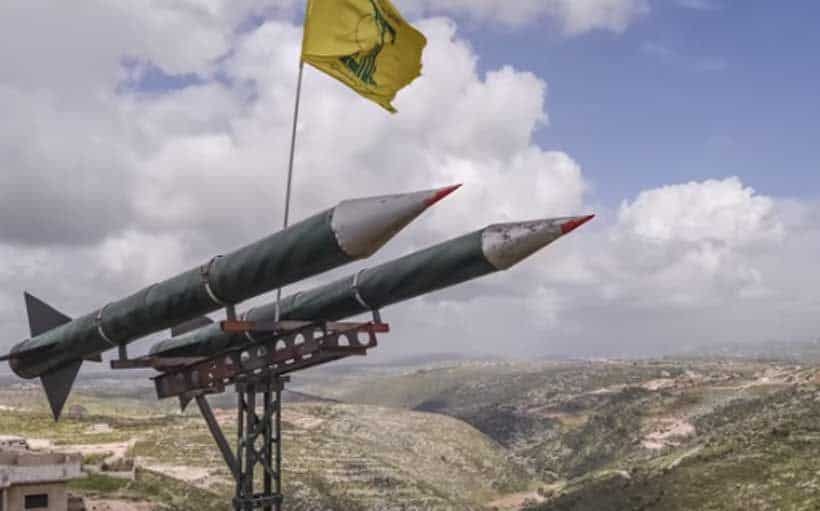 Similarly, the protests in Iraq and Lebanon are fueled by local grievances and mainly directed at political elites, but they also pose a challenge to Iran, which closely backs both governments as well as powerful-armed groups in each country.

An increasingly violent crackdown in Iraq and an attack by Hezbollah supporters on the main protest camp in Beirut has raised fears of a backlash by Iran and its allies.

The day after anti-government protests erupted in Iraq, Iranian Gen. Qassim Soleimani (commander of IRGC -Qods Force) flew into Baghdad late at night and took a helicopter to the heavily fortified Green Zone, where he surprised a group of the top security officials by chairing a meeting in place of the prime minister.

“We in Iran know how to deal with protests,” Soleimani told the Iraqi officials, according to two senior officials familiar with the meeting who spoke on condition of anonymity to discuss the secret gathering. “This happened in Iran and we got it under control.”

“All the parties and factions are corrupt, and this is connected to Iran, because it’s using them to try and export its system of clerical rule to Iraq,” said Ali al-Araqi, a 35-year-old protester from the southern town of Nasiriyah, which has seen especially violent clashes between protesters and security forces.

“The people are against this, and that is why you are seeing an uprising against Iran,” he said. 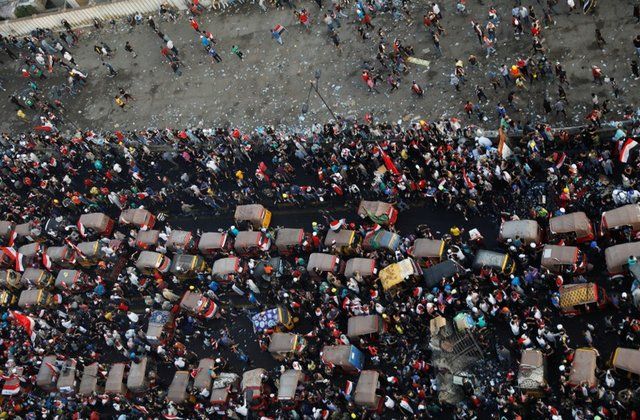 Overnight Tuesday, masked men who appeared to be linked to Iraq’s security forces opened fire on protesters in Karbala, a holy city associated with the martyrdom of one of the most revered figures in Shiite Islam. At least 18 protesters were killed and hundreds were wounded in bloodshed that could mark an ominous turning point in the demonstrations. In Baghdad, protesters burned an Iranian flag. Days earlier, protesters had gathered outside the Iranian Consulate in Karbala, chanting “Iran, out, out!”

In Lebanon, hundreds of thousands of people have taken to the streets, demanding the resignation of a government dominated by pro-Iran factions. As in Iraq, the protests are focused on local grievances.

On Oct.29, 2019 The representative of Iran’s Supreme Leader in the main conservative newspaper in Iran has once again demanded the “capture” of the U.S. embassy in Baghdad. He had made a similar threat in early October.

Hossein Shariatmadari, the editor of hardliner Kayhan newspaper, directly controlled by Ayatollah Ali Khamenei, has again alleged that protests in Iraq “are being managed by the embassies of America and Saudi Arabia.”

Iranian officials have been making the allegation since the protests in Iraq against corruption and mismanagement began in early October, without presenting any evidence.

In addition to demanding the resignation of politicians, Iraqi protesters have also chanted slogans against Iran’s influence in Iraq and its interference in the country’s politics. Iran also finances and controls armed Shiite militias, which have apparently intervened in the protests and are accused of opening fire on protesters.

Khamenei Projects His Actions On Others

However in attendance at Khatam al-Anbia Air Defense Academy in referring to the recent developments in Iraq and Lebanon, Khamenei emphasized, “The biggest damage that enemies can inflict on a country is to deprive them of security, as they have started to do so today in some countries in the region.”

On Seo 18. 2019 Mrs. Maryam Rajavi, the President-elect of the National Council of Resistance of Iran (NCRI), said: “exerting power and decisiveness is the only language the mullahs understand.”

Inaction only emboldens this medieval regime, whose primary victims are the Iranian people, she noted, emphasizing that the ultimate solution to rid the world of Iran’s ruling religious fascism as the source of all crises in the region is a change of this illegitimate regime by the Iranian people and their organized resistance movement.