The romance between Azerbaijan and Israel began on 25th of December 1991 when the State of Israel recognized the independence of the Republic of Azerbaijan. Right after this epic event, on the 7th of April 1992, diplomatic relations between the two countries were established.

Though Israel held ambassadorial representation in Azerbaijan from the time Azerbaijan became a sovereign state, thirty years ago, now, in 2023, the relations between the two countries are headed for a new and exciting turn. Azerbaijan will match Israel by opening an embassy in the Jewish state.

My Romance With Azerbaijan

As a journalist, I connected with the Consul General of Azerbaijan in Los Angeles, Mr. Nasimi Aghayev, and was introduced to Azerbaijan, first hand. I made several journalistic trips to the country, covering the trips through stories, with a very sharp eye to understand that Azerbaijan and Israel are simply sister countries.

Needless to say, I made friends in Azerbaijan, and the country has become personal for me. Subsequently, with the unceasing help of a key Azerbaijani person, Zaur Hasanov, as an Israel-born American citizen, I established US-AZ Cultural Foundation. The foundation’s purpose is to promote Azerbaijan in the United States as well as to help tighten Azerbaijan’s relations with Israel and the West in general.

I just returned from Azerbaijan after an exceptional 10-day trip in the country, hosted by The State Committee for Diaspora Affairs of the Republic of Azerbaijan. The trip included visiting the liberated region Karabakh and the city of Shusha. 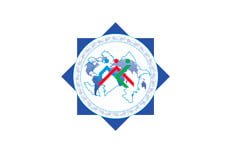 The visit to Azerbaijan was followed by accompanying a wounded Azerbaijani soldier, Arif Hajiyev, to Israel to meet and thank, first hand, his Israeli cornea donor’s family, Hagar Ruso, and reconnect with doctor Yishay Falick who in 2021 traveled to Baku with a delegation of 8 Israeli medical experts. They treated and operated on more than 150 Azerbaijani soldiers who were wounded in the 44-day Victory War between Armenia and Azerbaijan.


Relations between Azerbaijan and Israel began 30 years ago and have grown fonder and more productive.

On Wednesday, December 28, 2022, Deputy Foreign Minister of Azerbaijan, Fariz Rzayev arrived in Israel on an official visit. Mr. Rzayev’s visit captured the Israeli media headlines when he stated: “With the decision to open an official embassy in Israel, the sky’s the limit for relations between the two states and nations.”

I am in total agreement with this statement.

The first conspicuous move of the fully-opened relations between the two countries is the forthcoming opening of Azerbaijan’s embassy, to be located in the city of Tel Aviv, Israel. It will be the first envoy of a Shi’ite majority country and a Shi’ite government in Israel.

The establishment of the embassy will enable the deepening of political discourse between the two countries and also will open new channels for cooperation in the fields of economy, tourism, culture, academia, and more. The skies have no limit.

Apparently, Mr. Rzayev is scheduled to visit the Foreign Ministry of Israel and deliver a lecture on different aspects of Azerbaijan and coexistence between Jews, Muslims, and members of other religions in his country. To this end, I may add as a witness of Azerbaijan being a model of its people’s harmonious coexistence, that different ethnic groups and religions have no boundaries there.

Though Azerbaijan and Israel’s relationship is based on mutual interests, it is also based on mutual history between the two peoples. Jews and Muslims in the Caucasus mountain region have lived together in harmony for over one thousand years.

One of Azerbaijan’s phenomena is the Red Town, Krasnaya Sloboda, a village and municipality in the Quba District of Azerbaijan, the only town in the world, outside of Israel, that is inhabited by Jews – Mountain Jews – only. In the town the newly opened Jewish History Museum is located, depicting the history of Azerbaijan’s Jews, which is really worthwhile learning about.

Today, one of the largest Jewish communities in the Muslim world lives in Azerbaijan. Azerbaijan’s Jews enjoy security and full freedom of worship.

Azerbaijan’s Chief Rabbi, Schneur Segal, says that the Jewish community in Azerbaijan is able to thrive because Azerbaijan is unlike any other Muslim nation. He and his wife Chavah (Chavi) are an energy power house working tirelessly to bring the local Jews, who were denied practicing Judaism during the country’s 70 years of Soviet era, back to their ancient Jewish roots and traditional practice of Judaism.

Juhuri contains numerous loanwords from Hebrew, Aramaic and Arabic. It is the traditional language of the Mountain Jews of the eastern Caucasus Mountains, especially Azerbaijan and Dagestan.

The municipality’s names appear in Azerbaijani, Russian, and Hebrew languages, which all translate to the “Red Town” or “Red Village.” This refers to the red tiling used on its buildings. A visit to the Red Village is a testimony to the protected status it received during World War II, when its residents were shielded from potential persecution in light of Nazi Germany’s invasion of the Soviet Union, the Union in which Azerbaijan was a satellite for 70 years until its declaration of independence in 1991.

Apart from Azerbaijan’s known long history and tradition of interfaith tolerance and a centuries-old Jewish existence, Azerbaijan serves as a key geopolitical junction in the aspects of regional security, counter-terrorism and energy.

My window view of the humanitarian aspect between Azerbaijan and Israel

My view of humanitarian nearness and caring between the two countries was revealed and became clear to me when I visited Azerbaijan in June 2022. I interviewed Arif Ajiyev, a wounded Azerbaijani soldier who lost his eyesight in one eye during the battles in the Fuzuli District, during the 44-day Victory War that broke out in 2020 between Azerbaijan and Armenia. Azerbaijan liberated the territory which Armenia illegally occupied for 30 years.

Fuzuli, now quickly being revived by the government of Azerbaijan, is a city and the capital of the Fuzuli District of Azerbaijan. The city had a population of 17,090 before its capture by Armenian forces on 23 August 1993, during the First Nagorno-Karabakh War, which resulted in the expulsion of the local Azerbaijani population and the city became a ghost town.

I told the story many times and will repeat it in short with a new aspect to it:

The Yashat Foundation, an effective and accessible platform to support disabled military servicemen and families of martyrs in Azerbaijan, was instrumental in arranging for a team of eight Israel medical experts to arrive in Azerbaijan. The delegation, headed by Ophthalmologist Dr. Yishay Falick, arrived despite the fact that the countries and air transportation were closed due to the declared COVID pandemic.

The medical team treated and operated on more than 150 wounded Azerbaijani soldiers. Arif’s badly wounded eye was successfully saved by a complex corneal transplant operation, performed at the Zarifa Aliyeva Ophthalmology Hospital, in Baku, a cornea donated by Mrs. Hagar Ruso, an Israeli citizen who lost her husband to a severe illness.

Now Arif has one Azerbaijani eye and one Israeli eye and together they represent the countries’ closeness.

At the authentic meeting between Hagar and Arif, in which he thanked her for her willingness to donate her late husband’s two cornea to whoever needed them, so as to help save his or her eyesight, even if it is not an Israeli citizen, the tears of mixed sadness and joy were flowing.

Giving is one of the most important exercises one can engage in. An act of kindness given to another might not ever be repaid. However, the art of giving is much more than a surface-level interaction. It is deeply embedded into the ethos of the Jewish people and the nation of Israel.

In an interview on i24, doctor Falick was asked about the decision of the group of Israeli doctors to visit Azerbaijan and out of their humanitarian spirit treat Azerbaijani soldiers in need of their medical expertise. He replied by saying: “It is Israelis’ usual act coming in good will everywhere in the world with bread and butter type delegations and this was one of Israel’s acts of goodwill basically all over the world.”

Though the Ruso family did an exceptional humanitarian giving act, the family has encountered financial hardship and they need our help. Anyone willing to help, please contact the writer through NewsBlaze: [email protected].

Accompanying wounded soldier Arif to Israel has been a dedication by US-AZ Cultural Foundation and Double Trouble Production to the humanitarian spirit of Israel and the recipient Azerbaijan. The emphasis is on the most cordial relations between the two nations. When an Israeli or a Jew walks the street of Azerbaijan he or she will sense the friendly sentiments Israel and Jews receive there. The first portion of our mission has been accomplished. 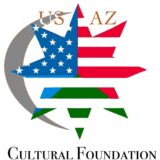 The second part of our mission is the upcoming documentary that followed Arif Hajiyev’s 4-days visit in Israel, which will carry the title: “Through the Blink Of An Eye.” The title is based on the Hebrew expression, “בָּבַת עֵינוֹ,” spelling in English: Bavat Eino; English translation for Bavat Eino: the most precious thing to a person, the most important thing to him/her, the apple of one’s eye.

Azerbaijan has been an exceptional host to me, journalistically and personal wise. US-AZ Cultural Foundation and Double Trouble Production are looking forward to being a similar version of Goodwill Ambassadors between the United States, Israel, the West and the Republic of Azerbaijan.