The Congressional Delegation Calls for Immediate Return of the 3,100 Residents of Camp Liberty to Camp Ashraf to Ensure Their Protection

U.S. Government needs to revisit its policy regarding Iran and should be talking to members of the Iranian opposition instead of fruitless talks with the Iranian rulers

On Friday 17th of February, a press release issued by the Committee on Foreign Affairs of the US House of Representatives ,announced that a congressional committee of US representatives have met with the Iranian opposition leader in Paris Mrs. Maryam Rajavi, calling for regime change in Iran and support for the Iranian main democratic opposition, National Council of Resistance of Iran.

“The delegation discussed ways to counter the threat posed by the Iranian regime to global peace and security, failure of the nuclear talks to contain the nuclear weapons program of Iran, severe violation of human rights in Iran, the increasing threat to the security and well-being of the Iranian dissident members of Mujahedin-e Khalq in Camp Liberty, Iraq, the rise in the number of executions and the mounting discontent in Iran, and what the United States should do to address these pressing issues. The delegation emphasized the following points: 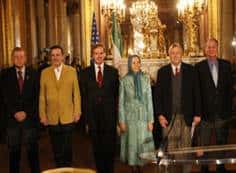 “U.S. Government needs to revisit its policy regarding Iran after the supreme leader rejected the latest offer by the U.S. Administration for nuclear talks. The Administration should be talking to members of the Iranian opposition, as our delegation did today instead of fruitless talks with the Iranian rulers, which has only helped the regime getting closer to the Bomb and legitimize its suppression of dissent in Iran and support for terrorists in the region.”

The press release continued: “Iran is ripe for change. Unlike the summer 2009 when America stood by and watched as the Islamic Revolutionary Guards suppressed the millions who called for regime change and establishment of democracy in Iran, the Obama Administration needs to start reaching out to democratic opposition such as the National Council of Resistance of Iran led by Mrs. Rajavi.” 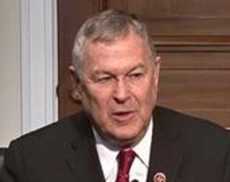 “The full protection of the residents of Camp Liberty can only be ensured by moving them out of the harm’s way and returning them to their home for 26 years at Camp Ashraf. In 112th Congress, the House passed a legislative language as part of H.R. 1905 which called for the U.S. Government to urge the Iraqi Government not to close Camp Ashraf until all the residents of Camp Ashraf are interviewed by the UNHCR in the Camp and resettled in third countries.”

The congressional committee reiterated:”Moving the residents to Camp Liberty has only made the 3,100 members of the MEK-whom Tehran considers its biggest internal threat and seeks to destroy-more vulnerable to attacks as we witnessed the tragic February 9th attack on the camp which left 7 people dead and nearly 100 wounded. The New York Times recently stated that the effort to de-list the MEK was backed by “prominent American politicians and former military officers, who viewed the group as a legitimate democratic alternative to the Iranian government.”

“The conduct of the UNAMI and the UN Secretary General Special Representative is biased and unacceptable, and the U.S. Government, the Secretary General of the United Nations, and the UN High Commissioner for Refugees should give top priority to resolving the security situation of the residents of Camp Liberty-which can be ensured by their return to Camp Ashraf-before conducting any further interviews with the residents.”

The press release continued: “Nearly 2,000-two thirds of all the residents-have been interviewed by the UNHCR after putting their lives in jeopardy by bringing them to Camp Liberty from Camp Ashraf, however, the number of those resettled over the past year is in single digit, this is a disaster. Therefore it is time for the UNHCR to take the necessary and preventive action to declare all the residents to be refugees.

It was unethical for the United States to have endorsed the relocation of the people whom we promised to protect to Camp Liberty where we knew they would not have proper protection just because it wants to please Iraqi Prime Minister Nouri ai-Maliki and the ruling mullahs of Iran. The press release ended its statement by saying: “Iran needs regime change and the MEK can help bring it about.” 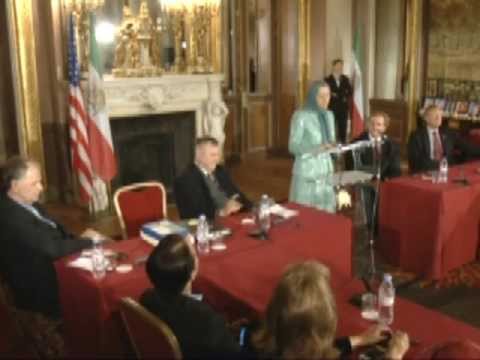