The president of Djibouti Football Federation Mr. Souleiman Hassan Waberi who is on an official visitor to CAF headquarters in Cairo met the president of the continental football governing body (CAF) Mr. Isse Hayatou and secretary General Hicham El Amrani Friday to discuss important issues on promotion of football in Somalia.

According to a press statement by President Souleiman Hasssan Waberi in Friday’s meeting both sides raised issues relating to the promotion of football in the small horn of Africa country where CAF leaders pledged more assistance to help the Djibouti FA to successfully accomplish the ongoing football development programs. 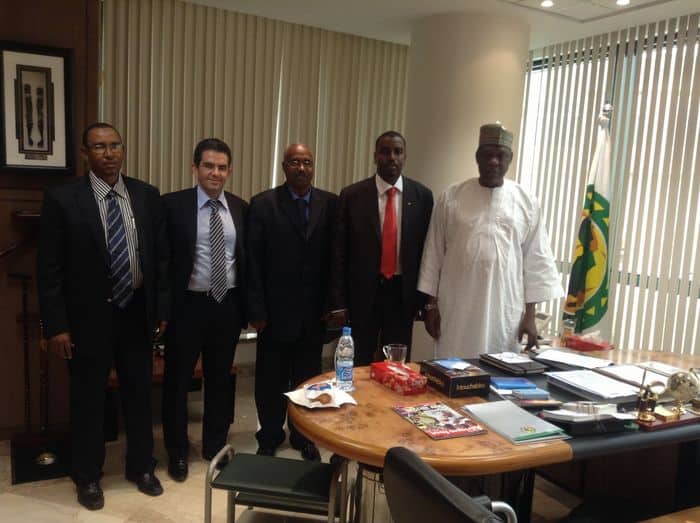 “We have presented to CAF president and his secretary General a document carrying a full activity plan for the years to come-that plan illustrates how hugely we are committed to promoting the beautiful game in the country,” the president said in his press statement Friday.

He said CAF leaders were fully lauded for the successive activities by his federation including the recent historic move to insure Djibouti football players and the entire soccer volunteers in the country and as well as the biggest ever grassroots development programme which was launched in Djibouti in January this year. 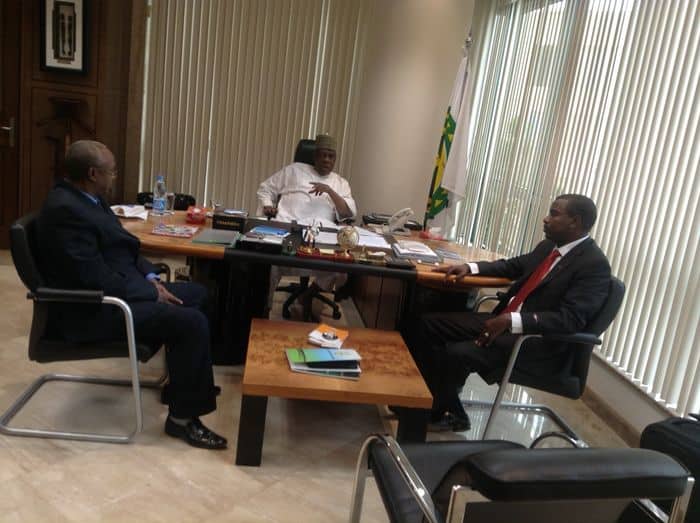 “The hands of CAF are open to Djibouti and in my capacity as president, I pledge that CAF will do all it can to help the growth of football in Djibouti. We are really very admired at the development programs launched in Djibouti so far and CAF is committed to encouraging such moves taken for the promotion of football,” CAF president Isse Hayatou told the visiting Djibouti FA delegation.

This was the first such visit by the Djibouti FA leaders to CAF headquarters since president Souleiman came to power in November last year. President Souleiman Hassan Waberi was accompanied in the meeting by his first vice president Mr. Mohamed yacin yonis and treasure Ali Harred Mohamed. 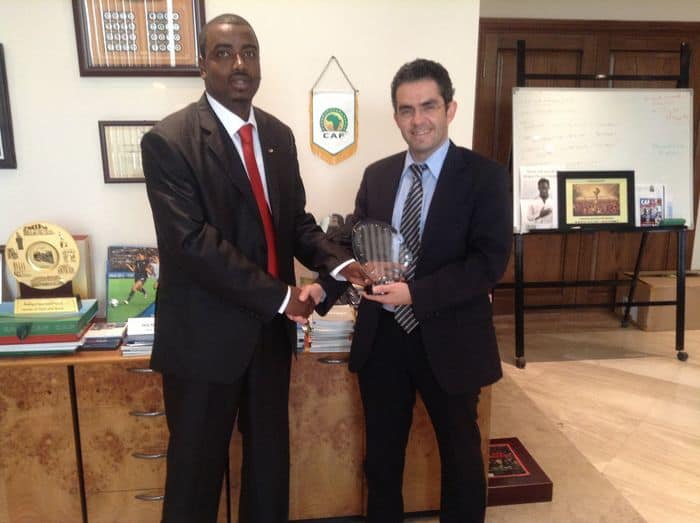