Committed to making the world a safer place to live, the United States of America today said it is working on prevention of nuclear proliferation and nuclear terrorism.

In her remarks on Priorities for Arms Control Negotiations Post-New START, Acting Under Secretary Rose Gottemoeller says one of US effort to stop arm proliferation is to maintain a safe, secure and effective nuclear deterrent for as long as nuclear weapons exist.

Ms. Gottemoeller says it was almost four years ago that President Obama set out his vision that the United States would seek the safety and security of a world without nuclear weapons. 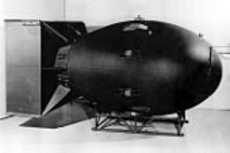 “His now-famous speech in Prague was not a call to unilaterally disarm or an assumption that the world would change overnight.” – Ms. Gottemoeller

She sayws it was a road map into the future –a step by step, measured strategy that takes into account the security landscape of the 21st century.

According to Ms. Gottemoeller, the traditional concept of nuclear deterrence – the idea that a country would not initiate a nuclear war for fear of nuclear retaliation – does not apply to terrorists.

“The 2010 Nuclear Posture Review, or NPR, rightly emphasized that today, our greatest nuclear threat is no longer a large-scale nuclear exchange, but the danger that terrorists could acquire nuclear materials or, worse, a nuclear weapon.” – Ms. Gottemoeller

The NPR further notes that, while US nuclear arsenal has little direct relevance in deterring this threat, concerted action by the United States and Russia and indeed, by all nuclear weapon states to reduce their arsenals can assist in garnering support from partners around the world for strengthening the nuclear nonproliferation regime, Ms. Gottemoeller highlighted.

In addition to working on the prevention of nuclear proliferation and nuclear terrorism, Ms. Gottemoeller reports the US has taken steps to reduce the role of nuclear weapons in U.S. national security strategy.

“US has committed not to use or threaten to use nuclear weapons against non-nuclear-weapon states that are party to the NPT and in compliance with their nuclear nonproliferation obligations. “ – Ms. Gottemoeller

The US has clearly stated that it is in the U.S. interest and that of all other nations that the nearly 65-year record of non-use of nuclear weapons be extended forever.

Nuclear Reductions Must be pursued on bilateral basis: Russia and US collaborate for nonproliferation

According to Ms. Gottemoeller, the Administration continues to believe that the next step in nuclear arms reductions should be pursued on a bilateral basis.

She says the United States and Russia still possess the vast majority of nuclear weapons in the world.

“With that in mind, we have a great example in the New START Treaty.” – Ms. Gottemoeller

The implementation of the Treaty, now underway for two years, is going well, she cited.

She reports the United States and Russia have exchanged over 3,600 notifications on the numbers, locations, and movements of our strategic forces.

She notes over 70 Treaty on-site inspections have been completed so far, and other verification measures, enable each side to maintain confidence in the validity of that data.

According to Ms. Gottemoeller, another benefit of New START is that it preserves US and Russia’s ability to determine its own force structure, giving both sides the flexibility to deploy and maintain their strategic nuclear forces in a way that best serves their national security interests.

“This arrangement suits our priority of preserving and maintaining a robust U.S. deterrent capability that is tailored to our current security environment.” – Ms. Gottemoeller

Going forward, the United States has made it clear that it is committed to continuing a step-by-step process to reduce the overall number of nuclear weapons, including the pursuit of future agreements with Russia to address all categories of nuclear weapons —strategic, non-strategic, deployed and non-deployed.

To this end, Ms Gottemoeller notes US and Russia are engaged in a bilateral dialogue to promote strategic stability and increase transparency on a reciprocal basis with the Russian Federation.

NATO hops in for non-proliferation

According to Ms. Gottemoeller, in approving the Deterrence and Defense Posture Review at Chicago this past May, NATO Allies determined that NATO’s current posture meets the criteria for an effective deterrence and defense posture.

Ms. Gottemoeller says NATO has already dramatically reduced its holdings of, and reliance on, nuclear weapons.

Against this background and considering the broader security environment, NATO is prepared to consider further reducing its requirement for nonstrategic nuclear weapons assigned to the Alliance in the context of reciprocal steps by Russia, Ms. Gottemoeler said.

“NATO Allies have supported and encouraged the United States and Russia to continue their mutual efforts to promote strategic stability, enhance transparency, and further reduce their nuclear weapons in every category.” – Ms. Gottemoeller

In addition, the United States and its NATO Allies also made clear that they look forward to discussing transparency and confidence-building ideas that can be developed and agreed cooperatively with the Russian Federation in the NATO-Russia Council.

Ms. Gottemoeller emphasizes that such dialogue would advance our shared goal of enhancing European security and stability through increased mutual understanding of NATO’s and Russia’s nonstrategic nuclear force postures in Europe.

The Road from Prague

According to Ms. Gottemoeller, none of the efforts for nonproliferation will be easy, but the plan the Obama Administration is pursuing is suited for US security needs and tailored for the global security threats of the 21st century.

She points out that by maintaining and supporting a safe, secure and effective stockpile – sufficient to deter any adversary and guarantee the defense of US allies- at the same time that it pursues responsible reductions through arms control, they will make this world a safer place.

“To paraphrase President Kennedy, whose speech 50 years ago at American University launched the NPT process, we will succeed by moving forward step by step, confident and unafraid.” – Ms. Gottemoeller

The United States Envisions The World Without Nuclear Weapons

Recognizing the catastrophic consequences of nuclear weapons for global safety, security, society, economy, and everyone’s survival, the United States of America has announced that it will strengthen the global non-proliferation and disarmament efforts.

The 2010 U.S. Nuclear Posture Review (NPR) outlined US approach for reducing the role of nuclear weapons and pursuing the goal of a world without such weapons.

Through the posture review, the United States has announced it will not use or threaten to use nuclear weapons against non-nuclear-weapon states that are party to the NPT and in compliance with their nuclear non-proliferation obligations.

The New START Treaty between the United States and the Russian Federation, which entered into force on February 5, 2011, is being implemented successfully.

The treaty illustrates yet again the United States’ strong commitment to meeting its disarmament obligations, she said.

When the treaty is fully implemented, the deployed strategic nuclear forces of the United States and Russia will reach their lowest level since the 1950s.

Entry into force of the Comprehensive Nuclear Test Ban Treaty is also an essential step toward a world without nuclear weapons, and the United States remains committed to working toward the ratification of the Treaty and its entry into force.

The United States continues to maintain its voluntary moratorium on nuclear explosive testing, which went into effect two decades ago.

The US government calls upon all states to refrain from nuclear explosive testing as well.

However, Ms. Rice stresses that despite these many multilateral and national efforts, much work remains to be done.

The United States believes that it has a moral responsibility to lead and act now, in cooperation with the members of this Council and the international community, to seek the peace and security of a world without nuclear weapons.