In an international conference in Geneva, Switzerland, on 27th of Feb., political and human rights figures from Sweden, Europe, and United States stressed an urgent action is needed by the United Nations to return Liberty residents to Ashraf before a greater massacre takes place. This conference was convened by mayor of Geneva, Remy Pagani.

The speakers pointed out that initial transfer from Ashraf to Liberty, which is a prison according to the assessments of UN professional organs, was carried out against the will of residents by giving specific assurances on the UN’s behalf, for their security and protection; however, the February 9th attack proved that the notion of security and protection in Liberty is nothing but a mirage, and the Iranian regime intends to turn it into a killing field with the complicity of the Iraqi government. 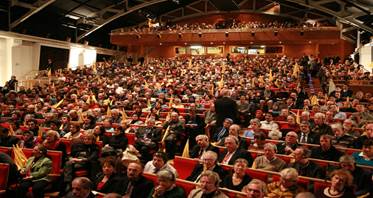 In addition to the lives of 3,100 defenseless refugees, the credibility and reputation of the United Nations as the highest international body and commitments by its highest authorities is at stake.

In another event in Geneva, Maryam Rajavi, President-elect of the Iranian Resistance, on February 28th, in a meeting at the headquarters of the United Nations, referred to the immediate danger threatening the lives of 3100 residents of Liberty Prison at any moment.

Maryam Rajavi described the only options available to solve this humanitarian catastrophe as “the one-phase transfer of all the residents to America by the United States” or “returning all residents to Ashraf until their transfer to third countries,” adding: 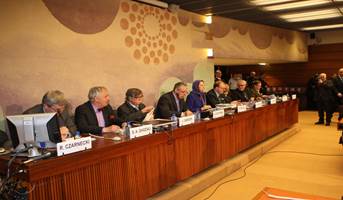 “In such conditions, the United Nations High Commission for Refugees is the only competent international organ that must quickly assume its full responsibility of Ashraf and Liberty residents as refugees, officially demand their return to Ashraf, and enter dialogue with relevant governments and the UN to realize this security necessity.”

In describing the mandatory transfer of Ashraf residents from their 26-year residence, Maryam Rajavi revealed Martin Kobler’s continuous deceits and lies, and asked: “Was the Special Representative facilitating the formation of this killing field out of his negligence or inexperience? No, because we had warned him more than 20 times in this regard.”

Expressing gratitude for UNHCR’s timely stance in condemning this attack, President-elect of the Resistance said, “But this Commission as the highest body involved with refugees has not lived up to its direct responsibility regarding the PMOI members in camps Ashraf and Liberty. Rejection of pressures from Government of Iraq for residents’ forcible eviction and confirming their collective and encompassing refugee status could have worked as an obstacle against repressive measures of Government of Iraq. Unfortunately, this did not happen.”