Most significant elimination in Iran’s hierarchy, initiating the crumbling and end of ‘velayat-e faqih’ (Supreme leader) Elections in Iran is a crisis and grave challenge for Khamenei and the mullahs’ regime. Ever since the crisis catapulted with Rafsanjani announcing his candidacy, due to his political background in the regime his entrance into Iran’s election could lay the grounds for decreasing Khamenei’s power as the supreme leader. Other than Rafsanjani no one else has such a role. Therefore, eliminating or accepting Rafsanjani by Khamenei was a very important political development, initiating the crumbling and end of the ‘velayat-e faqih’ (loosely translated as rule of the clerics). 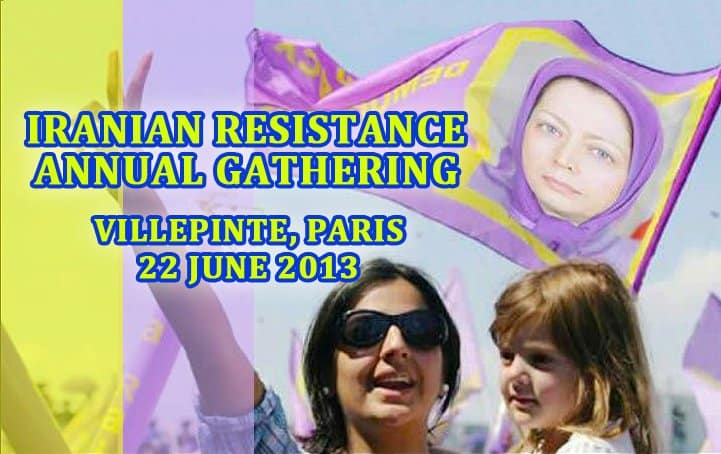 The windblown power that Khamenei obtained through a shift in the region’s balance of power following the two wars in Iraq and the occupation of Afghanistan, and finally the disarmament of the People’s Mojahedin Organization of Iran and National Liberation Army of Iran in Iraq (2003), led to further contraction of the velayat-e faqih dictatorship and presidency of Ahmadinejad as Khamenei’s devoted element. Khamenei and Ahmadinejad suppressed the people’s uprising in 2009 to allow the supreme leader to maintain his rule in unity.

Free elections are of no meaning whatsoever under the political framework of the dictatorial regime ruling Iran that is based on the velayat-e faqih doctrine. All the state power is in the hands of the supreme leader, accountable to no individual or institution.

According to article 110 of the mullahs’ constitution, the heads of the three executive, legislative and judicial branches are under the supreme leader’s supervision. The judiciary chief is appointed by him, and he also validates the ruling for the president. The country’s foreign affairs policy, along with the security and crackdown apparatus, are all under Khamenei’s watchful eye. Commanders of the Revolutionary Guards, Army, the three Army forces and five IRGC forces, and head of one the state’s most important organs, being the state radio and television, are all directly appointed by Khamenei.

Pursuing the nuclear dossier in the past 16 years has had nothing to do with the president, neither on the ground, nor in the nuclear negotiations, it has all been under the direct supervision of the supreme leader. Important policies, especially regarding national security and foreign policy, including relations with the US and the West, interfering in Syria and meddling in Iraq are completely under Khamenei’s control, and the president and others are all implementers of his decisions.

In short, the supreme leader is the utmost ruler and the president is simply an executive official with very limited authority. Therefore, considering the fact that in the mullahs’ regime all the power is in the hands of one figure called the supreme leader, any elections – especially the presidential election – has no meaning other than a dispute for power and power-sharing amongst the ruling faction. Eliminating Rafsanjani, either in the 2005 election or the current polls, with the goal of establishing a one-man rule in the regime, is not the result of the supreme leader’s power. In fact, it is a sign of his weakness. Therefore, internal power disputes that Khamenei finalized in 2009 completely in his own favor, have now intensified and erupted in a much more unbridled manner. 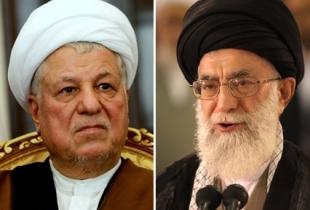 Eliminating Rafsanjani from the regime’s presidential election masquerade, executed under the order of Khamenei, is the biggest surgery and rift within the mullahs’ regime leading officials. Eliminating Rafsanjani is similar to saying someone has the qualities to be the head of parliament in a democratic country but lacks the competence of being a parliamentary member!!! Yet the consequences of the regime’s contraction policy and lethal surgery will inevitably surface. For Khamenei, this is an inevitable political suicide. Khamenei had no alternative but to choose between bad and worse; either eliminate Rafsanjani and accept the consequences, which would expedite its downfall; or accept Rafsanjani and share power with him, which would accelerate the regime’s dissolution.

What Do The Iranian People and Their Resistance Want?

On the other side, the PMOI, as the only alternative to the regime, has proven itself more than ever. The Iranian Resistance, after a long legal and political campaign, was delisted from the blacklist of the West’s appeasement policy towards the mullahs.

The majority of European parliaments, US Congress, political, legal and military dignitaries from Europe, the US and Arab countries in the Middle East have recognized the National Council of Resistance of Iran as the only alternative and solution vis-a-vis the nuclear-pursuing mullahs. This year, the annual conference of the Iranian Resistance will be held on the coming June 22nd in Villepinte – Paris, with the participation of hundreds of political and legal dignitaries and parliamentarians from across the world and will be the largest gathering of Iranians abroad.

This event is a great faceoff with the regime and its election. It shows that the only choice of the Iranian people is the complete overthrow of this regime. The Paris gathering will echo the voice of the Iranian people throughout the world, in saying that the solution is outside this regime and in its legitimate and democratic opposition and its overthrowing element, the PMOI, which had long before emphasized the inability of the regime to carry out any reforms and the need for its overthrow, and that there is no solution but to bring down this regime.

The 10-article plan presented by Iranian Resistance President-elect Mrs. Maryam Rajavi for the free Iran of tomorrow enjoys the support of the Iranian people and international supporters of freedom and democracy. Without a doubt, the democratic and tolerant Islam represented by Mrs. Rajavi in the future Iran is a guarantee for peace and stability in the Middle East and Islamic countries that are currently under the barrage of the evil phenomenon of Islamic fundamentalism and terrorism.