“GET A JOB” RELEASED on DVD and VOD

MAUI- GET A JOB, the movie screams sequel. The first homerun was all the musical star power. Then the director, Brian Kohne, coaxed laugh after laugh from his lead comics, Willie K, Eric Gilliom, Augie T and Jake Jake Shimabukuro. 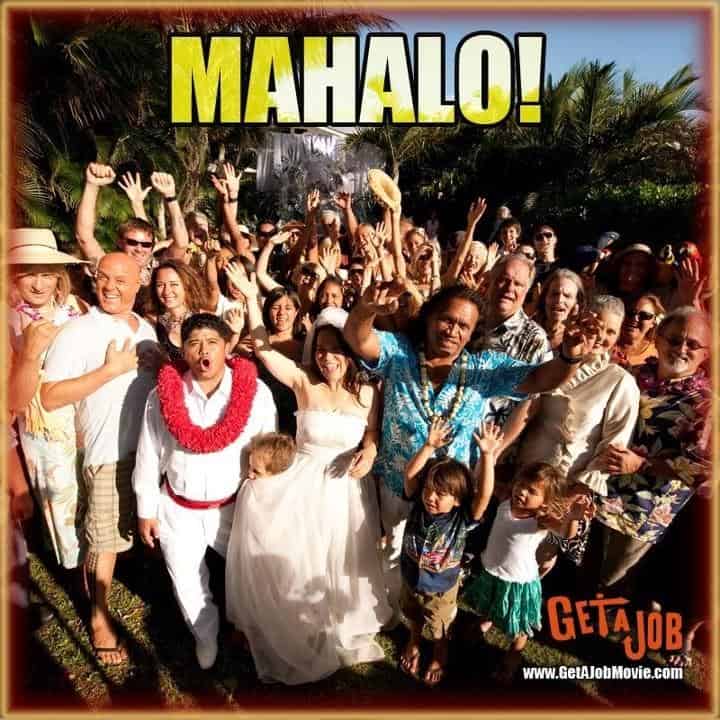 The movie also had the pleasure of the award winning musical soundtrack from the BAREFOOT NATIVES. This is another homerun for Willie K and Eric Gilliom who have toured as the BAREFOOT NATIVES. This Hawaiian journey showcases local folks trying to get by. William (Willie K), an employment agent, who is trying to save his own job is also struggling both at work and with his gal-pal Laura (Carolyn Omine). 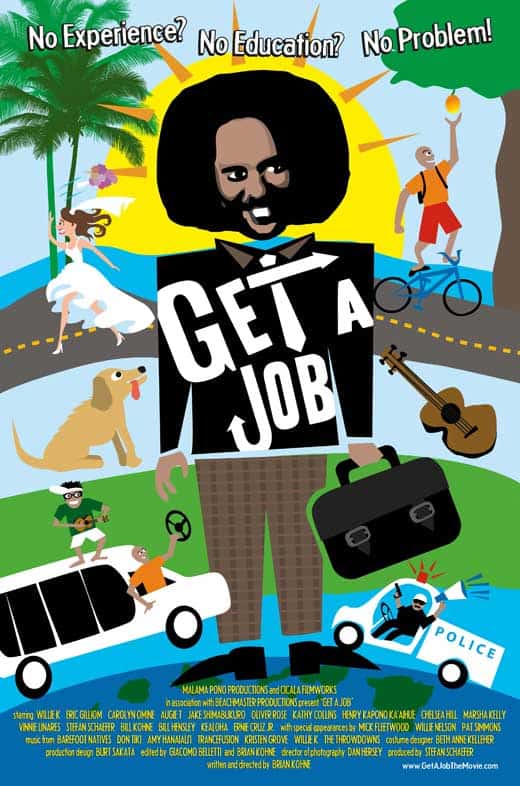 William can salvage things if he finds a job for the simpleton Merton (Gilliom). Merton just wants to surf every day. Watch for the Japanese granny scene mid-movie, the sequence steals the show. Also Augie T is a show stopper with his Filipino comedic styling and encore dance moves. Another wow-factor is the understated humor of Jake Shimabukuro. 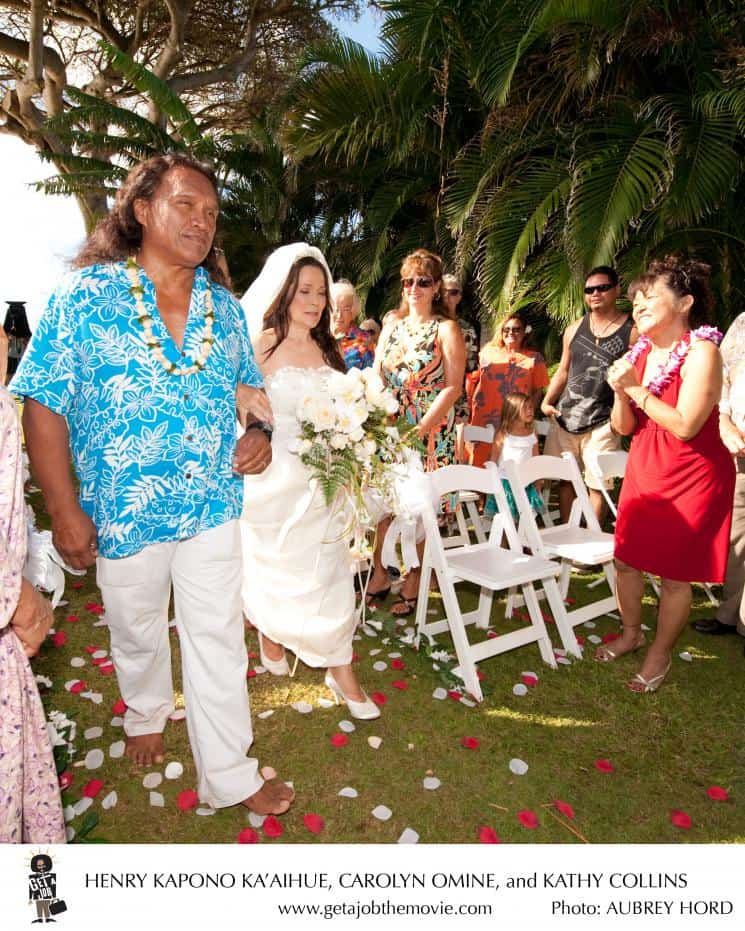 The movie entertained thoroughly and the music was a double bonus. Merton and the ‘Goat Wrestling’ championships were howling good fun. Maui is sure more than hotels, beaches, sunrises and umbrella drinks. Tourists forget that the regular population has to make a living. In Hawaii, sometimes that is difficult. 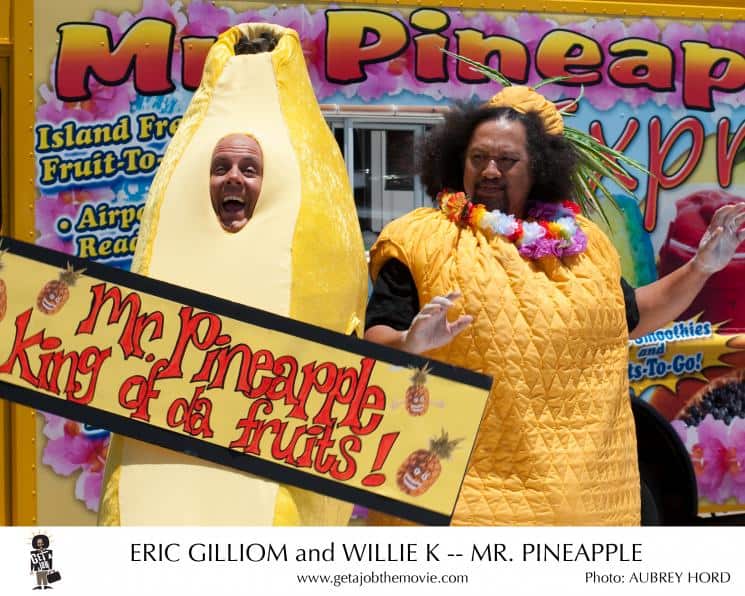 The GET A JOB soundtrack was nominated for the 2013 Na Hoku Hanohano award (Hawaiian Grammy). Mick Fleetwood opened the finale wedding band scene pounding his giant percussion sounds. Cameos by Willie Nelson and Pat Simmons were another added bonus.

The movie was recently released to DVD and VOD. www.getajobmovie.com

GET A JOB video: